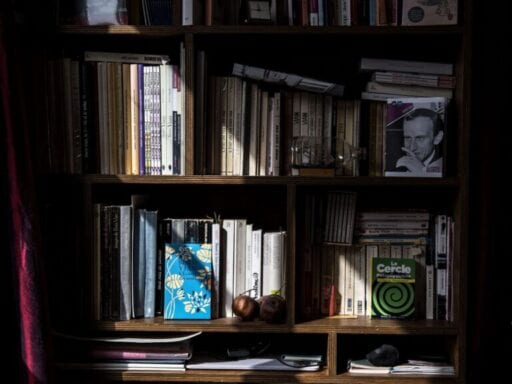 Marlon James and Susan Choi are among the 25 finalists.

The National Book Foundation has announced the finalists for the 2019 National Book Awards, and this year they are dominated by women, people of color, and disabled people.

The recognition of authors in these groups is part of a larger trend. Under the leadership of executive director Lisa Lucas, the National Book Foundation has spent the past few years focusing on amplifying voices who have gone unheard in the past, spotlighting books by authors from marginalized groups, and last year reviving a long-dormant category recognizing translated literature.

In 2019, the National Book Award finalists are overwhelmingly pointed in their focus on opening up the political boundaries of their respective genres. Marlon James’s Black Leopard, Red Wolf, nominated for Fiction, brings Game of Thrones-style quest fantasy to the landscape of an African folktale. David Treuer’s The Heartbeat of Wounded Knee, nominated for Nonfiction, tells the history of American Indians. In Poetry nominee Deaf Republic, by the hard-of-hearing poet Ilya Kaminsky, the citizens of an occupied country go deaf. Scholastique Mukasonga’s The Barefoot Woman, nominated for Translated Literature and translated by Jordan Stump, deals with the Rwandan genocide. Akwaeke Emezi’s YA novel Pet, nominated for Young People’s Literature, is about a trans girl teenager who lives in a world full of monsters, even though grown-ups assure her that all the monsters are dead.

But while this year’s list of finalists lifts up marginalized authors, it’s also mostly focused on the Big Five publishing houses.

In recent years, the National Book Awards have tended to spotlight books from small independent presses in their biggest categories. So the Fiction and Nonfiction categories would include a few finalists from the Big Five publishers — Penguin Random House, HarperCollins, Macmillan, Simon & Schuster, and Hachette, who among them boast a market share of over 80 percent of US trade publishing — but they would also feature titles from smaller independent presses, like Soho Press and Graywolf.

In 2019, however, the finalists for Fiction are all from Big Five houses, and four of the five are from the biggest house of all, Penguin Random House. Additionally, while smaller presses made a good showing for themselves in other categories, in an unusual move, university presses have been entirely shut out of the Nonfiction category, where they traditionally flourish.

You can find the full list of the 2019 National Book Award finalists below. The winners will be announced on November 20.

Tressie McMillan Cottom, Thick: And Other Essays. The New Press

Carolyn Forché, What You Have Heard Is True: A Memoir of Witness and Resistance. Penguin Press / Penguin Random House

No one can opt out of this pandemic. And that will change us forever.
4 primary races to watch in Pennsylvania
Why is Trump undermining NATO and the EU? He just told us.
“It’s all about speed”: The most important lessons from China’s Covid-19 response
“Each city is a ghost city”: Life in Italy under full coronavirus lockdown
Why cops can violate your constitutional rights and suffer no consequences in court