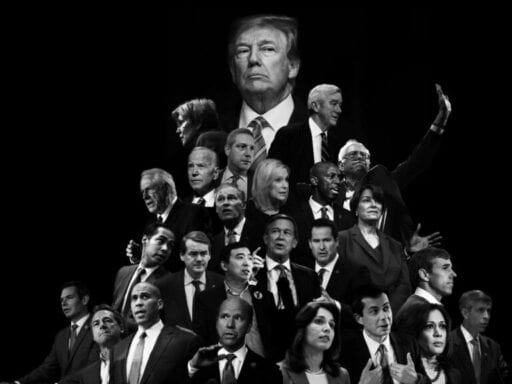 A full schedule of all key dates in the 2020 presidential election: debates, primaries, conventions, and more.

The first Democratic primary debates are taking place more than seven months before voters caucus in Iowa and go to the polls in New Hampshire. Between today and when the Democratic nominee faces President Trump on Election Day 2020, there are dozens of important dates: the Democratic debates, the Iowa caucuses and New Hampshire primary, Super Tuesday, the Republican and Democratic conventions, and finally Election Day itself: November 3, 2020.

That’s where this calendar comes in. Here are the most important events of the 2020 election cycle. Bookmark this page to refer back to, add it to your Google Calendar by clicking the plus sign on the bottom right of this page, or subscribe through a calendar app of your choice. Many dates are not yet finalized: This page and the calendar subscriptions will be updated as primary dates change and new debates are announced.

Read all of our coverage from the June debates here.

Read all of our coverage from the July debates here.

Read all of our coverage of the September debate here.

Trump goes after Iran on Twitter: “YOU WILL SUFFER CONSEQUENCES”
The Boeing 737 Max 8 crashes and controversy, explained
Georgia’s Republican secretary of state says he will certify Biden’s win today
Poll: Pete Buttigieg becomes the presidential frontrunner in Iowa
The New York Department of Health just backed marijuana legalization
GM and striking workers are losing millions of dollars a day. Here’s why the strike isn’t over.