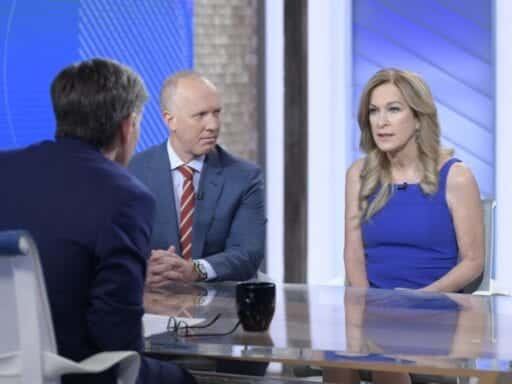 The music industry is set to celebrate its brightest stars, showcase its breakthrough new artists, and honor musical legacies at the 62nd Grammy Awards, but the star-studded ceremony will inevitably take place amid controversy and explosive allegations that paint the Recording Academy (which oversees the awards) as a corrupt and sexist institution.

Earlier this month, the Recording Academy’s board of trustees abruptly placed CEO Deborah Dugan on leave after the Academy said an assistant had accused her of bullying. She had only held the position for five months.

Dugan has denied the charge and filed an extensive complaint to the Los Angeles Equal Employment Opportunity Commission, saying she was suspended in retaliation for uncovering misconduct and corruption within the Recording Academy. The complaint alleges that the Academy’s general counsel sexually harassed her; that her predecessor as Academy CEO, Neil Portnow, had been accused of rape by an artist (a charge Portnow has denied); and that the Grammy nomination process had been unfairly manipulated.

The result is that, on a night that’s supposed to be about music’s most important achievements and influential artists, the biggest story is about the people behind the glamorous awards show and whether or not they deserve that privilege.

Dugan’s conflict with the Recording Academy exploded just five months into her tenure as CEO. Dugan had replaced prior CEO Neil Portnow, who had been with the Recording Academy for 17 years; the announcement was in April, and Dugan took over the role on August 1. Dugan was the first woman to ever serve as Recording Academy CEO, and her appointment was seen as a step toward modernizing the organization, which historically has had a poor track record regarding diversity and inclusivity.

In response, Dugan filed a 44-page complaint with the Equal Employment Opportunity Commission alleging that her suspension was actually retaliation for fighting wrongdoing “made possible by the ‘boys’ club’ mentality and approach to governance at the Academy.”

Dugan’s complaint says that the Recording Academy staffer who accused her of bullying had previously worked for Portnow. Dugan also alleges that the staffer’s work was not up to her standards, and that she had offered the staffer a new position. She says that board members responded to these allegations by taking away Dugan’s administrative powers within the Academy. The New York Times reports:

Harvey Mason Jr., a record producer who is the board chairman, sent Ms. Dugan a letter on Dec. 9, informing her that she was no longer permitted to terminate staff members without board approval, and could not assign any new initiatives or choose any outside counsel for the academy’s legal work.

Dugan’s EEOC complaint also says that on December 22, 2019, she sent an email to Shonda Grant, the Recording Academy’s head of human resources, saying she had been sexually harassed by a lawyer who represents the Academy, while also alleging corruption and favoritism within the Grammy nomination process.

The prime example of the corruption was in regards to 2019’s “Song of the Year” award. Dugan said that an artist was allowed to sit on the nomination committee, and even though that artist was ranked 18 out of 20 in the category, they still ended up with a nomination. The complaint reads:

This artist was actually permitted to sit on the “Song of the Year” nomination committee. Incredibly, this artist is also represented by a member of the Board. As a result of the foregoing, it is not surprising that many high caliber artists who could have taken home the award in a specific category, have, at times, not been nominated at all.

Dugan’s complaint also alleges that the chair of the board was trying to ensure a $750,000 parachute for Portnow’s departure, via contracting him as a consultant after his exit — an exit that allegedly happened because of a rape allegation against Portnow:

In addition, the email complained that Ms. Dugan had been asked by the then-current Chair of the Board, John Poppo to hire former CEO Neil Portnow as a consultant for the hefty sum of $750,000. Mr. Portnow bowed away from the Academy in disgrace after making misogynistic remarks about woman recording artists. As Ms. Dugan came to learn after she agreed to take the CEO position (for which she was paid substantially less than her two male predecessors), Mr. Portnow also allegedly raped a female recording artist, which was, upon information and belief, the real reason his contract was not renewed.

On January 25, Dugan gave an extensive interview to the Los Angeles Times, in which she explained that her EEOC complaint was not about the Grammy Awards but about the Academy.

She continued: “This is not something I would bring on myself and try to grab the limelight right before the Grammys, but I feel like there was a series of events, that I had to defend myself.”

As Dugan’s fight with the Academy has unfolded, many artists have remained silent. But some have publicly expressed support for Dugan, as have some staffers within the Recording Academy.

The Recording Academy Task Force on Diversity, formed in 2018 to improve diversity and inclusion within the Academy and which actually oversaw Dugan’s appointment to CEO, released a statement on January 23 voicing its shock and dismay over Dugan’s allegations. It called upon the Academy’s board to implement a series of system-wide changes, including equal representation, hiring an outside advisor to review workplace culture, and changing the election system for board members. Per that statement:

On December 12, 2019, we issued a 47-page report, setting out 18 systemic changes we determined were needed to improve diversity and inclusion at the Academy, and drive constructive change across the music industry. These new charges reinforce just how important and urgent it is that the Academy implement all of the changes in the report that we delivered — without any delay.

The Academy’s Board of Trustees and leadership must immediately commit themselves to real reform, take concrete steps to implement all of the Task Force reforms, and transparently and regularly report on their progress — including transparently reporting on the pending investigations they have announced are underway. The Task Force will be reconvening in 90 days and expects to hear progress from the Academy by that time.

Celebrities including Gabrielle Union and recording artists like Sheryl Crow and Public Enemy’s Chuck D have also supported Dugan. Chuck D wrote on Instagram, “I salute Deborah Dugan for her truth and courage to try and effect change. As always, a bunch of ignorant, testosterone-fueled, usually old white men stop progress and screw it up. Same old bullshit.”

My open letter To The Grammy’s and Hip hop ✊ ………… Figures… I salute Deborah Dugan for her truth and courage to try and effect change. As always, a bunch of ignorant, testosterone-fueled, usually old white men stop progress and screw it up. Same old bullshit. They want to keep it status quo and make sure things like Hip Hop stay the poster child of their fuckery. In 1989 we protested the Grammys because they refused to acknowledge a new art form called Hip Hop/Rap. I responded with the lyric, “Who gives a fuck about a goddamn Grammy.” We fought to be recognized and for things to change. We kicked that door in for others to come through. After 35 years in this industry, folks should know that I always defer any individual accomplishment, always giving salutes to those before me and trying to open the door for those after me. In agreeing to accept the Lifetime Achievement Award when Deborah called me was no different. We discussed these issues and what needed to change. Hip Hop can’t be judged by a bunch of old corporate guards who rewrite history to serve their corporate bottom line. But it was obvious she was having her own struggles with an academy that thinks Public Enemy ended in 1992 yet want to give us a lifetime achievement award without acknowledging a lifetime of work. We had to haggle, to educate, to justify why a core member of our group for the past 22 years, DJ Lord, should be part of this award. We had to question why our biggest UK hit and the theme to the global Paralympics Games, “Harder Than You Think,” was left out. Maybe because it was released on my own independent label, SlamJamz, and not a major? Never could I have imagined that pushing for the recognition our art form deserved would turn into artists being coerced into disrespecting the craft, themselves, the culture and other people only to chase the bag and validation from corporations and award shows who don’t care about you. I hope this letter will be a wake-up call for them. New folks but the same ol bullshit pattern doesn’t change a thing. So I’m not surprised that Deborah Dugan is out. I am appalled because it reeks of the same old jive, a New Whirl Odor that ..

In terms of Grammys telecast, none of the artists who’ve been previously announced as performing have canceled. However, Taylor Swift was reportedly going to appear as a surprise performer, but has pulled out in solidarity with Dugan, according to Variety. Per the New York Post, Swift was expected to perform her song “The Man,” a tune about gender inequality and the double standards women are held to in society. The song’s lyrics include:

If I was out flashin’ my dollars/ I’d be a bitch, not a baller/ They’d paint me out to be bad/ So it’s okay that I’m mad

Neither Swift nor her representatives have commented on her reported cancelation.

It’s not difficult to imagine how a performance from Swift might have drawn Dugan’s claims right into the spotlight at the Grammys, especially given her highly vocal stances on equality, sexism, and, of late, politics.

But even if no one directly mentions Dugan’s allegations during the Grammys ceremony, despite Dugan saying her complaints aren’t intended to taint the awards themselves, it’s impossible not to think about what’s going on behind the scenes.

Trump somehow still doesn’t understand NATO
VMAs 2018: Madonna’s “tribute” to Aretha Franklin was all about Madonna
Mike Pence sparks outrage after appearing with “Christian rabbi” in Michigan
This week in TikTok: What if Wes Anderson directed a quarantine film?
Why Dracula absolutely slaps
Why some colleges win against Covid-19, and others lose