The 4 most important stories of the week, explained 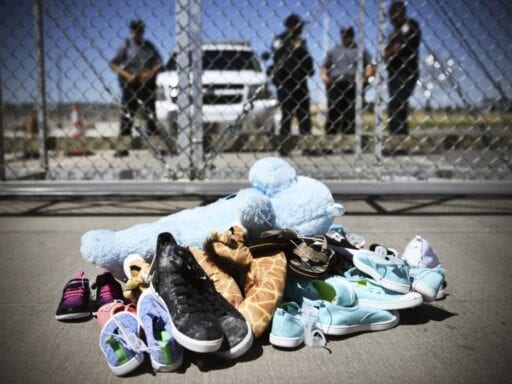 The week’s political news was dominated by immigration across several fronts.

It was supposed to focus on the long-awaited congressional debate over Republican bills that offer some relief for former recipients of DACA, an Obama-era decision that gave immigrants brought to the US as children a path to citizenship.

But before it even began, the congressional immigration debate was overshadowed by a passionate public debate over a new Trump administration initiative that led to thousands of children being separated from their families. Then, forced to beat a tactical retreat from this unpopular idea, the administration went on the offense with a bold new legal strategy that aims to give them new tools for getting tough on asylum seekers.

Beyond immigration, more reports surfaced of dodgy behavior by Trump cabinet members. But the most embattled Trump official of all actually managed to strengthen his position.

Here’s what you need to know.

Outrage boiled over at family separations

Political controversy over the mass-incarceration of children under the Trump administration’s policy of “zero tolerance” prosecutions for asylum-seekers reached a breaking-point this week. Politicians from both parties denounced the practice of family separation.

Trump got ready for a legal battle

By Thursday afternoon, it was clear that Trump had not so much changed course on the family separations issue as beaten a tactical retreat. The Justice Department filed paperwork in federal court in California asking to overturn Flores and allow them to implement a form of mass family detention that was attempted under Obama but struck down by the courts.

Mostly separate from the family detention issue, this was the week House Republicans had been planning for a while to hold votes on two different pieces of immigration legislation — one a very hawkish bill authored by Rep. Bob Goodlatte (R-VA) and the other a less-hawkish “compromise” measure touted by leadership though written without Democratic involvement.

There were some more Cabinet scandals

It was largely overshadowed by the dramatic news on the immigration front, but new facts came to light regarding financial conflicts of interest concerning Commerce Secretary Wilbur Ross and more questionable uses of public funds by EPA Administrator Scott Pruitt.

Trump’s confusing back-and-forth on fiscal stimulus, sort of explained
The best books I read in 2019
Stranger Things season 3 has good ideas but poor execution
A new solar heat technology could help solve one of the trickiest climate problems
New evidence shows a Nunes aide in close conversation with Parnas
Match may have misled users with messages from fake dating accounts