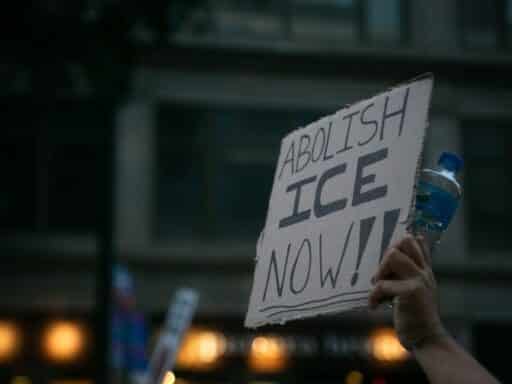 Whoever Biden picks will inherit an agency in dire need of reform.

Whoever President-elect Joe Biden nominates to become secretary of the Department of Homeland Security will take on the immense task of leading an agency badly in need of reform.

Created in the aftermath of 9/11, DHS is a relatively new department that links together component agencies with separate missions related to national security and immigration. While its immigration functions — carried out by US Customs and Border Protection (CBP), US Immigration and Customs Enforcement (ICE), and US Citizenship and Immigration Services (USCIS) — account for almost half of the department’s budget, DHS also focuses on issues ranging from election security to counterterrorism.

Under the current administration, the agency and its political leadership have been at the forefront of President Donald Trump’s efforts to enact his nativist agenda on immigration, including authorizing unprecedented barriers to asylum, slashing legal immigration, vastly expanding immigration detention, and carrying out wide-scale raids on unauthorized immigrants living in the US.

In the absence of permanent, Senate-confirmed DHS leadership since April 2019, Trump has unlawfully appointed loyalists — who have vigorously and uncritically defended him in the media over the years — as its top acting (in other words, temporary) officials. In the final weeks of the 2020 presidential campaign, acting Secretary Chad Wolf and his deputy, Ken Cuccinelli, went so far as to amplify Trump’s messaging on immigration in battleground states, using his border wall as a political prop in apparent electioneering.

But the issues run much deeper than the agency’s leadership crisis: Reports of immigrant abuse at the hands of rank-and-file officers, emboldened by Trump’s immigration rhetoric, have also ballooned, suggesting there is something inherently toxic about the culture at DHS.

Rather than dismantling the agency entirely, Biden has vowed to reform it from within, ending for-profit immigration detention, improving accountability for immigration agencies like CBP and ICE, and focusing on deporting only immigrants who pose a threat to national security and public safety.

That will be a difficult task, given just how fundamentally Trump has altered these agencies to do his bidding on immigration, pouring money into ICE and CBP in order to expand their reach nationally and inspire fear in both immigrants who seek to come to the US and those who already live in the country. That makes picking the right person to lead the agency all the more critical.

“One has to take really seriously what a significant portfolio this is and what a major management job it is to run an agency of that size and scope,” said Doris Meissner, senior fellow at the Migration Policy Institute and former commissioner of what was then called the Immigration and Naturalization Service under the Clinton administration. “The people managing DHS really do have to come prepared and hit the ground running in terms of their knowledge of what’s going on in the agency and how you start to turn this ship.”

Here are the names that have been floated for the position by media reports and experts in immigration policy:

Mayorkas is best known as the architect of the Deferred Action for Childhood Arrivals (DACA) program, which has shielded from deportation roughly 700,000 unauthorized immigrants who came to the US as children.

Mayorkas, who emigrated from Cuba as a child, previously served seven years in the Obama administration: four years as the Senate-confirmed director of USCIS and another three as the deputy secretary of DHS. As someone who already knows the department — which is the third-largest agency, after the Department of Defense and the Department of Veterans Affairs — Mayorkas would be well-positioned to hit the ground running. He’d also be the first Latino, as well as the first immigrant, to lead the agency.

While at USCIS, the agency that processes applications for immigration benefits, he earned adulation from immigrant rights groups for creating DACA. Trump has sought to dismantle the program but has been unsuccessful.

“During a time when critics of government are on the lookout for inefficiency and incompetence, Mayorkas made DACA a model of government efficiency and seamless execution,” Don Lyster, the director of the National Immigration Law Center’s DC office at the time, said in 2013. “He showed his keen understanding of complicated immigration law and significantly engaged with academics, attorneys, advocates, and immigrant community members as the program was being established, publicly answering stakeholder questions and addressing key concerns.”

Aside from DACA, Mayorkas’s tenure at USCIS was also characterized by his creation of an office designed to interact with and respond to the needs of the public. Despite his efforts to make USCIS work better for immigrants, the agency under Trump has since changed its mission statement to make clear it no longer deigns to serve immigrants, but rather the American people.

As the deputy secretary at DHS, Mayorkas also played a central role in negotiating a 2014 agreement with Cuba to normalize relations, opening the door to increased trade, travel, and tourism between the two countries. He’s since criticized Trump for bringing that process to a halt.

Mayorkas could face questions during a confirmation hearing about a 2015 DHS Office of Inspector General investigation that found he perpetuated an “appearance of favoritism and special access” with regard to how the agency administered a program that allows wealthy foreign investors to obtain visas and green cards. He had allegedly given special treatment to investors in a Las Vegas casino project pushed by then-Senate Majority Leader Harry Reid, as well as an electric car company led by former Virginia Gov. Terry McAuliffe.

Currently a partner at the law firm WilmerHale, Mayorkas previously served as a US attorney in California. But his experience inside DHS has reportedly made him a favorite among the potential candidates for the secretary position.

“Because [Biden] has been in government and knows how difficult the DHS job is and how much the administration has to rely on DHS on issues that are very sensitive, I expect that he’ll look for a proven track record,” Meissner said.

Becerra, the son of Mexican immigrants, has been a leading adversary of the Trump administration’s immigration policies as California’s attorney general.

He has spearheaded multistate lawsuits against the president’s efforts to terminate DACA and to exclude unauthorized immigrants from 2020 census counts that will be used to apportion seats in the US House of Representatives for the next 10 years. Becerra also previously served 12 terms representing California in the House, where he eventually became chairman of the House Democratic Caucus.

That history suggests he could pursue an aggressive agenda for reform at DHS — where, like Mayorkas, he would be its first Latino secretary.

As California’s attorney general, Becerra has also challenged Trump policies that sought to create wealth tests for certain immigrants applying for green cards, kick out foreign students amid the coronavirus pandemic, detain immigrant children indefinitely, and divert $3.8 billion in Pentagon funds to pay for the president’s border wall. In doing so, he has provoked retaliation from the Trump administration, which unsuccessfully tried to invalidate several of California’s sanctuary laws and cut off its access to federal public safety grants.

But it’s not clear whether Becerra’s opposition to Trump could hurt him during confirmation hearings before a Republican-led Senate, which has largely embraced the president’s nativist policies.

Becerra has also been discussed as either a possible pick for US attorney general or a replacement for Vice President-elect Kamala Harris in the Senate for the remaining two years of her term. He told the Washington Post in August that he plans to continue public service in whatever capacity in which he can “make the biggest difference.”

Demings, who represents Florida’s 10th Congressional District, serves on the House Committee on Homeland Security and was one of seven House members handpicked by Speaker Nancy Pelosi to oversee Trump’s impeachment trial earlier this year.

Compared with some of the other names that have been floated for the secretary position, Demings does not have an extensive resume when it comes to immigration issues, which make up a significant portion of DHS’s workload.

But she worked in law enforcement for three decades prior to assuming office in 2017, including serving as Orlando’s first female chief of police for four years. Given that DHS is, at its core, a law enforcement agency, she could command respect internally while also recognizing the need for an overhaul.

“It’s very important that [the people who] do those jobs feel that the people that they report to understand what they do,” Meissner said. “That said, there’s a lot that has gone wrong. There really needs to be leadership that recognizes the more unfortunate elements that sometimes exist in law enforcement cultures [that] need to be addressed.”

In the context of protests over police brutality earlier this year, Demings showed no tolerance for law enforcement officers who abuse their station.

“As law enforcement officers, we took an oath to protect and serve,” she wrote in an opinion piece for the Washington Post in May. “And those who forgot — or who never understood that oath in the first place — must go. That includes those who would stand by as they witness misconduct by a fellow officer.”

Monaco is another familiar face from the Obama administration, during which she served as the president’s homeland security and counterterrorism advisor and helped coordinate its response to the 2014 Ebola crisis. She has also counseled Biden in recent months as a member of his Public Health Advisory Committee working to shape the incoming administration’s response to the pandemic.

Currently a partner at the law firm O’Melveny, she has recently critiqued the Trump administration for ignoring a 69-page National Security Council “pandemic playbook,” which she helped develop during her tenure under Obama in order to pass on lessons learned from the Ebola and Zika crises.

“We absolutely did leave a plan,” she told CNN.

Monaco has a long history with Biden, working for him as an aide on the Senate Judiciary Committee during the 1990s and helping craft the Violence Against Women Act, which strengthened the federal government’s response to domestic violence, sexual assault, dating violence, and stalking. She was also one of the people Biden selected earlier this year to help vet potential vice presidential candidates.

In addition, Monaco served as chief of staff to former FBI director Robert Mueller, helping him shift the agency’s post-9/11 focus to preventing terrorist attacks against the US. Prior to that, she worked at the Department of Justice for 15 years, spending the bulk of that time as a career federal prosecutor.

Biden’s selection of Monaco could suggest a refocusing on national security priorities at the DHS.