The 6 best movies you can now watch at home 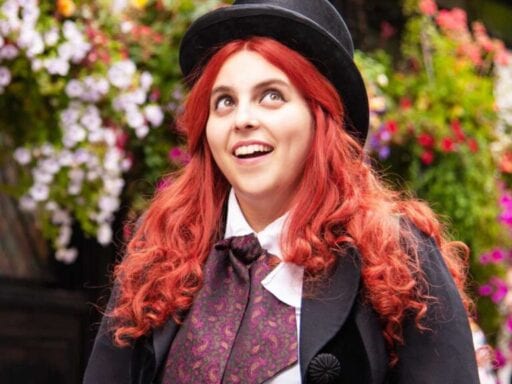 With theaters still closed due to the novel coronavirus pandemic, the future of the movies this year is still up in the air. But film releases have not slowed down. Each weekend, on streaming services and through “virtual theatrical” releases, new and newly available movies arrive to delight cinephiles of all stripes.

This weekend’s offerings range from a teenage self-reinvention romp to a documentary about a former first lady finding her own voice. Two modest but stunning dramas about ties between neighbors and families have premiered as well as a startling documentary about cycles of childhood abuse. And there’s the strange story of a group of eight people who locked themselves inside a “biosphere” for two years. (Most of the films that were newly released in recent weeks are also still available to watch.)

Here are six of the best movies, from a range of genres, that premiered this week and are available to watch at home — some for a few bucks on digital services, some through virtual theatrical engagements, and some to subscribers on streaming platforms.

Like her memoir of the same name, Becoming chronicles Michelle Obama’s experiences after her husband’s presidency ended, in her own words. But the film doesn’t only focus on Obama’s story. It occasionally moves its focus away from Obama (and her famous husband, who appears only briefly) and onto some of the women and girls she encountered during her Becoming book tour, during which she met with small groups to talk about their lives and their futures. Obama does share intimate details of her life in the film as well, but years of being a highly scrutinized public figure have polished her to a sheen; these are carefully chosen details, thought out and planned. But that doesn’t detract from her charisma or the authority she commands. Becoming’s most inspirational moments come when we see Obama’s willingness to admit that she’s struggled to find who she is, and, in turn, when we hear her urge others toward fearlessly doing the same.

How to watch it: Becoming is streaming on Netflix.

Driveways is surprising at every turn. It’s a modest and gentle story about a boy named Cody (Lucas Jaye) who feels out of place, and his friendship with the Korean War vet named Del (Brian Dennehy, who passed away in April) who lives next door. But it’s not the film you might expect from that setup. Instead, the shifts that come from Del and Cody’s friendship are muted, almost imperceptible. Del finds something new to live for. Cody discovers a new community. They both gain a little confidence. Driveways is profound in its simple focus on everyday, neighborly life, and it explores, with exquisite sensitivity, the guards we all put up between us and others to keep us protected from the things we fear.

How to watch it: Driveways is available to digitally rent or purchase on services including iTunes, Amazon, Google Play, and various on-demand providers.

How to Build a Girl

If you’re looking for a romp, How to Build a Girl is it. Based on Caitlin Moran’s 2014 semi-autobiographical novel, the film stars Beanie Feldstein (sporting an English accent, with fair competence) as Johanna Morrigan, a teenager who’s very tired of her ordinary life and yearning to become a writer. At 16, she accidentally lands a gig reviewing rock concerts and albums for a local paper, and soon she’s reinvented herself as the fast-living, hard-partying, “Lady Sex Adventurer” Dolly Wilde — no holds barred, no prisoners taken. But when she is anointed “Asshole of the Year” at the local music writer awards, she starts to wonder if the self she’s invented is the self she wants to be. The screenplay (which Moran adapted from her novel) feels a little shapeless at times, but Feldstein’s bombastic performance is pure fun.

How to watch it: How to Build a Girl is available on a variety of digital and on-demand services. Check the website for a full listing.

Childhood sexual abuse is rarely something anyone wants to talk about — including those who were abused. But for Rewind, director Sasha Joseph Neulinger tells his own story of abuse by starting in a striking place: his family’s own home movies. Neulinger combed through more than 200 hours of video from the 1990s, shot by family members at happy celebrations and backyard barbecues, then interviewed his family to piece together the sexual abuse that was happening to him beneath the seemingly sunny exterior. The story Neulinger tells is horrifying, but he tells it in order to awaken audiences to the cyclical nature of childhood sexual abuse — and suggest there’s hope for breaking that cycle.

How to watch it: Rewind is available to digitally rent or purchase on a variety of services including iTunes and Amazon. It will also premiere on PBS’s Independent Lens on Monday, May 11, and will be available for a limited time to stream on the show’s website.

In 1991, a group of eight people entered a giant dome, a closed-system biosphere. They called themselves “Biospherians,” wore space-age jumpsuits, and planned to stay two years, growing their own crops, recycling waste and air, and performing an “experiment” to see if it would be possible for human life to be sustained in such an environment. The structure was called Biosphere 2 (because Biosphere 1 is the Earth), and it was a huge media sensation. But the true story behind Biosphere 2 is both much stranger and oddly more inspirational than the media reports from the time and people’s hazy memories might recall. In Spaceship Earth, director Matt Wolf explores the Biosphere 2 project beginning with the people who created it, a group that called themselves “Synergists.” He delves into their archives and talks to the members of the group and the Biospherians — most of whom are still alive — about what really went on. It’s a weird, surprising, and even hopeful tale of how groups of people can band together and actually effect change, even when that change looks mystifying from the outside.

How to watch it: Spaceship Earth will be available on Hulu, VOD, virtual cinemas, and participating drive-in theaters beginning May 8. See the website for a full list of partners.

Easily one of the best films I’ve seen this year, South Mountain is the wise, sometimes bitter, sometimes overwhelmingly emotional tale of a woman learning to fall out of love. Lila (Talia Balsam) and Edgar (Scott Cohen) live in the Catskills with their teenage children. Life is tranquil there — but when that sense of tranquility is suddenly shattered by a revelation, Lila is forced to reckon with both what she believes about herself and how she plans to live now. South Mountain is a bit like a coming-of-age film for middle age, and each scene feels vibrantly alive. Director and writer Hilary Brougher has crafted a world in which nothing is cleanly resolved, but a future is still possible.

How to watch it: South Mountain is available via digital on-demand services such as iTunes; see the film’s website for a full list.