The 7 biggest highlights of Comic-Con 2018 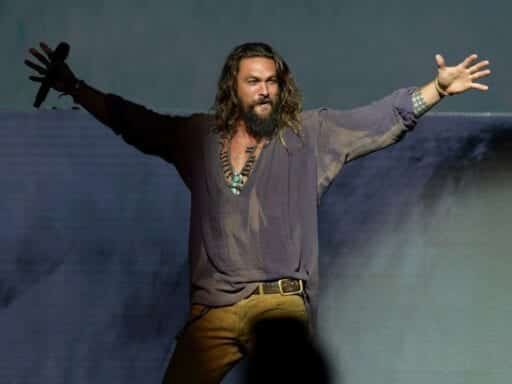 Godzilla and Buffy and Star Wars: The Clone Wars, oh my!

Game of Thrones and Marvel may have skipped the San Diego Comic-Con this year, but the annual event yielded plenty of big announcements nonetheless. From new heroes to new movies to plain old news, here are the seven biggest and most interesting developments to come out of Comic-Con 2018.

Though several TV shows and movies released teasers and new footage, one of the biggest drops was literally big, with Godzilla: King of the Monsters providing a super-sized jolt to the proceedings in perhaps the convention’s best sneak peek.

Other much-discussed previews on the film side included M. Night Shyamalan’s superhero sequel Glass, and DC’s Aquaman and Shazam! The latter two accompanied a look at the new Wonder Woman in an apparent turning point for the franchise away from darkness and towards a brighter, more blatantly fun aesthetic.

On the TV side, we got a look at our first female Doctor in Doctor Who and a preview of a bigger and bolder universe in the upcoming second season of Star Trek: Discovery.

2) Star Wars: The Clone Wars is coming back

At the beloved animated series’ 10th anniversary panel, series creator and producer Dave Filoni announced that the series will return for a final season, this time on Disney’s upcoming streaming service.

The show, which focuses on the years in between Attack of the Clones and Revenge of the Sith, originally ran on Cartoon Network from 2008 through 2013, with a sixth season streaming on Netflix in 2014. For those still grieving the show’s cancellation, its return is cause for celebration. The new season will be 12 episodes long.

More than two decades after it first premiered, Buffy the Vampire Slayer is making a return to TV. This time around, the role of Buffy, who was played by Sarah Michelle Gellar in the original series, will be played by a black actress.

While the project doesn’t yet have a network attached, series creator Joss Whedon will be serving as an executive producer, and Monica Owusu-Breen will be taking the reins as showrunner and head writer.

The CW’s Supergirl is aiming to make history with TV’s first transgender superhero. Transgender actress Nicole Maines has been cast as Nia Nal, a.k.a. Dreamer, a character who’s described by Deadline as “a soulful young transgender woman with a fierce drive to protect others.” She’ll be joining Kara’s (Melissa Benoist) team of reporters at CatCo. Though little else is known, her narrative arc is meant to mirror Supergirl’s in coming into her own as a superhero.

The rumors are true: Season nine will be Rick Grimes’s last go-round on The Walking Dead. At the show’s Comic-Con panel, Andrew Lincoln, who has been the star of the show since its premiere in 2010, confirmed that he is exiting the series.

“A sort of large part of me will always be a machete-wielding, Stetson-wearing, zombie-slaying sheriff deputy from London, England,” Lincoln said as part of his farewell. The panel ended in a bittersweet standing ovation led by Lincoln’s co-star Norman Reedus.

At the end of the panel for the second Fantastic Beasts and Where to Find Them movie (during which stars Zoë Kravitz and Ezra Miller said they if they had magical powers, they would use those powers to “impeach Trump” and “smash the patriarchy,” respectively), Johnny Depp showed up in costume and in character as Grindelwald.

His appearance came as something of a surprise, given the controversy over his recent Rolling Stone profile, as well as accusations of domestic abuse from his ex-wife, Amber Heard, who appeared in Hall H shortly afterward to promote Aquaman. Depp was met with cheers by the audience, though the reaction online was considerably more mixed.

Johnny Depp just came out at #SDCC and surprised the audience as Grindelwald. #FantasticBeasts #ComicCon2018 pic.twitter.com/gsufnBrB1I

I’d love to hear the hoops Warner Bros. had to jump through to make sure Amber Heard and Johnny Depp didn’t run into each other during the studio presentation. #sdcc

The culmination of the increasing connection and overlap between various American Horror Story seasons has arrived. After Ryan Murphy’s announcement that the eighth season of his horror “anthology” will be a crossover between two of its previous seasons, Murder House (season one) and Coven (season three), an announcement at Comic-Con revealed that the official title for the new season will be Apocalypse. The poster looks just as creepy as ever, and apt given that Murder House ended with the birth of the Antichrist.

7 legal experts on how Kavanaugh views executive power — and what it could mean for Mueller
Meghan Markle’s fashion line shows how she’s redefining her role as a royal
The charitable deduction is mostly for the rich. A new study argues that’s by design.
This North Carolina Democrat will try to unseat Thom Tillis this fall
New York’s governor just took another step toward marijuana legalization
These apps make a game out of relieving anxiety. They may be onto something.