The 8 best movies you can now watch at home 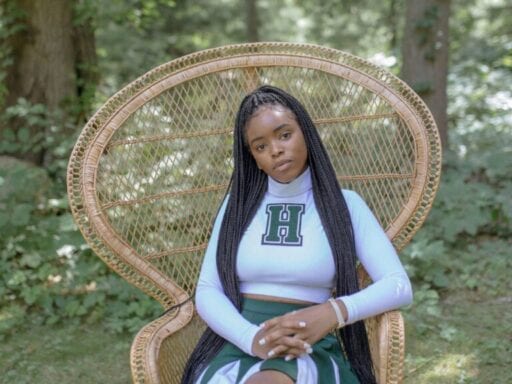 From Hollywood fixers to teenage mobsters to overlooked abstractionists, and more.

Another weekend, another crop of new releases. Movie theaters remain closed around the US as the country continues to fight the coronavirus pandemic, but film lovers have plenty to look forward to on streaming services and through “virtual theatrical” releases.

This weekend boasts gritty new dramas, newly available dramedies, and two documentaries about women artists. (And most of the films that have been newly released to watch in recent weeks still remain available, too.)

Here are eight of the best movies, from a range of genres, that are available to watch at home for the weekend of April 17 — some for a few bucks on digital services, some through virtual theatrical engagements, and some to subscribers on streaming platforms.

45 Years, directed by Andrew Haigh, tells the story of long-married couple Geoff and Kate (played by Tom Courtenay and Charlotte Rampling). During the week leading up to their 45th wedding anniversary celebration, the pair’s steady relationship is interrupted by an unexpected letter. And while the news in the letter is a reminder of a past that barely concerns them now, it throws them into a strange uneasiness, and flips everything they thought they knew on its head. One of the more poignant examinations of a long marriage I’ve ever seen, 45 Years is a slow, empathetic, and knowing drama.

How to watch it: 45 Years is streaming on the Criterion Channel as well as on IFC Unlimited. It’s also available to digitally rent or purchase on iTunes, Amazon, YouTube, Google Play, and Vudu.

Beyond the Visible: Hilma af Klint

The brilliant Swedish painter Hilma af Klint made groundbreaking abstract work, often with techniques that predated those used by artists like Wassily Kandinsky and Piet Mondrian by decades. But she is a curiously underappreciated artist, both in her time and in ours; her paintings were rescued from near obscurity only in the mid-1980s, and she has been studied and hailed as innovative since, but the Museum of Modern Art still doesn’t own a single one of her works. Beyond the Visible explores the reasons for her exclusion from the official narrative of abstraction, but more importantly, it looks at the spiritual basis for and interests presented in her paintings. The film is a beautiful, illuminating tribute to the artist, and an argument for her importance.

How to watch it: Beyond the Visible: Hilma af Klint is in virtual theaters this week, and a list of participating theaters is available on the Kino Marquee website. (You’ll receive a rental link, and profits help support the independent theater you select on the page.)

Anna Rose Holmer’s feature debut stars newcomer Royalty Hightower as Toni, an 11-year-old trying to fit in with the older girls on her school’s dance team. When some of the girls on the team start to experience mysterious fits, Toni, along with her peers, wonders what’s happening. The Fits has no answers, but it’s a masterful and confident take on the pressure to become part of the crowd among adolescent girls. It was one of the best films of 2016 — a true gem.

How to watch it: The Fits is streaming on the Criterion Channel. It’s also available to stream on Amazon Prime Video, or to digitally rent or purchase on iTunes, Amazon, YouTube, Google Play, or Vudu.

Hail, Caesar! is one of the Coen brothers’ overlooked masterpieces. It’s a farcical — but deadly serious — tale of old Hollywood, focusing on a studio executive named Eddie Mannix (Josh Brolin) who’s stuck trying to put out a thousand fires a day. Somehow he gets stuck in a sort of old-fashioned Passion Play, with himself as the man of sorrows trying to rescue everyone else from their sins. The cast is stacked with Hollywood glamour: George Clooney, Scarlett Johansson, Channing Tatum, Alden Ehrenreich, Ralph Fiennes, Tilda Swinton, Frances McDormand, Jonah Hill, and more. The story has everything from synchronized swimmers to a coven of communists, and it’s an absolute delight.

How to watch it: Hail, Caesar! is streaming on Netflix. It’s also available to digitally rent or purchase on iTunes, Amazon, YouTube, Google Play, and Vudu.

The Innocence Project, founded in 1992 by law professors Barry Scheck and Peter Neufeld, is devoted to overturning wrongful convictions by using DNA evidence to free innocent prisoners, while advocating for reform in the criminal justice system. Netflix’s The Innocence Files tells the stories of some of the people they’ve helped free. In nine documentary episodes — some as long as a feature film — The Innocence Files draws on the same intriguing cases that often become the subjects of true-crime series, while illustrating the breakdown of supposedly just systems and the unreliability of allegedly unimpeachable evidence. It’s among the strongest documentary series about criminal justice I’ve ever seen.

How to watch it: The Innocence Files is streaming on Netflix.

From writer and director Scott Teems (Rectify), The Quarry is a slow-burning tale of sin and redemption. It centers on a mysterious man with a dark past (Shea Whigham) who arrives in a town near the US-Mexico border and poses as a preacher, and soon discovers the town has some darkness as its own. Also starring Michael Shannon in a terrific role as the hard-bitten local sheriff, The Quarry is a meditation on a lot of things — forgiveness, old hurts, racial wounds, and grief — and doesn’t try to provide any easy answers.

How to watch it: The Quarry is available via a variety of on-demand services, including Amazon, AppleTV, Fandango Now, Google Play, Microsoft, and Vudu.

Selah and the Spades

Both deliciously wicked and perceptive about the battle of just getting through the day when you’re a teen, Selah and the Spades follows Paloma (Celeste O’Connor), who is the new girl at Haldwell School, a prestigious boarding school. When she arrives, she’s taken under the wing of Selah (Lovie Simone), a sophisticated upperclassman and the leader of the most powerful of Haldwell’s “factions,” the Spades. Selah and the Spades mixes the classic tropes of mobster movies with the cliques and concerns of high school films, but with a twist that’s all Tayarisha Poe’s. It’s the multitalented director’s first feature film, and it signals a strong voice and vision for filmmaking — one that doesn’t take itself too seriously.

How to watch it: Selah and the Spades is available on Amazon Prime Video.

What She Said: The Art of Pauline Kael

Pauline Kael is one of the 20th century’s most important film critics, known for her strong opinions and her sometimes biting, sometimes controversial, always worthwhile reviews. While working as the film critic at the New Yorker from 1968 to 1991, she developed a coterie of young critics to mentor and influenced hundreds more with her work. What She Said is an introduction to Kael’s life and writing through the voices of those who knew her, worked with her, or have been influenced by her. And it’s a look into what film critics do, and maybe more importantly, why they do it.

How to watch it: What She Said: The Art of Pauline Kael is in virtual theaters this week, and a list of participating theaters is available on the Film Forum website. (You’ll receive a rental link, and profits help support the independent theater you select on the page.)

It took a debate with all-female moderators to ask Democrats about paid family leave
Paul Krugman on climate, robots, single-payer, and so much more
The romaine lettuce E. coli outbreak is finally over
Marijuana legalization, explained
How the Pittsburgh shooting changed American Jews
An anti-Semite ambushed a synagogue mid-service. Why extremists keep attacking places of worship.