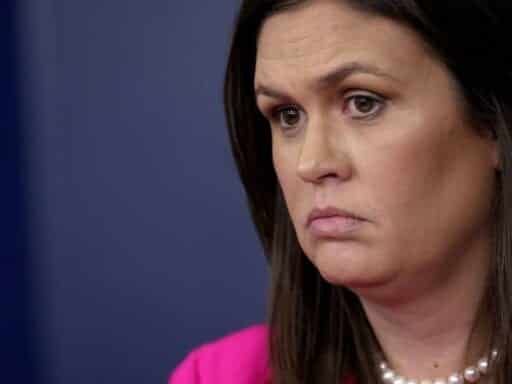 Over the past 24 hours, a huge controversy erupted in Washington over whether President Donald Trump would agree to let the Russian government interrogate 11 Americans — including a former US ambassador to Moscow.

It all stems from an offer Russian President Vladimir Putin made to Trump during their meeting in Helsinki on July 16.

Here’s the proposal: Putin offered to “help” with special counsel Robert Mueller’s investigation (the investigation into Russian meddling in the 2016 election, which we know was directed by Putin himself) by having his government interrogate the 12 Russian military intelligence officers charged in the probe last Friday — and letting Mueller watch.

But in exchange for this totally legit offer that in no way would be a complete and utter farce (ahem), Trump would have to allow Russian government officials to come to the US and question a group of Americans — including former US Ambassador to Russia Michael McFaul — about their alleged “illegal activities” (in the words of the Kremlin).

It was a patently ridiculous proposal. Obviously.

Trump called it “an incredible offer.”

On Wednesday afternoon, a reporter asked White House press secretary Sarah Sanders at a press conference if Trump was actually seriously considering accepting Putin’s proposal. Her answer was shocking because she didn’t immediately rule it out.

“The president is going to meet with his team, and we’ll let you know when we have an announcement on that,” Sanders said. She also noted that Trump had not committed to anything one way or the other during his talks with Putin.

That unleashed a firestorm.

The administration received widespread, bipartisan condemnation for not immediately rejecting the idea out of hand. Some former Trump White House officials and diplomats also criticized it. A currently serving diplomat told the Daily Beast that he was “at a fucking loss” over the White House’s comments.

Interestingly, State Department spokesperson Heather Nauert was also asked about this on the same day as the White House briefing — and she did reject the idea right away, calling Putin’s proposal “absolutely absurd.”

But it didn’t matter. The firestorm had started, and there seemed to be no stopping it.

On Thursday afternoon, the Senate announced it would hold a vote on a symbolic, nonbinding resolution basically saying, “Hey, Trump, we really, really don’t think you should let Russia interrogate US officials.”

Shortly after, Sanders put out a statement saying that Trump “disagrees” with Putin’s proposal, but it was too little, too late. The Senate resolution passed in a unanimous 98-0 vote.

The damage was done. It looked like Trump had been planning to “sell out” a former top US diplomat and several other Americans who were critical of Vladimir Putin. And all for a ridiculous offer from Putin to “help” Mueller investigate his own people.

Not the best look given the week Trump’s already had.

The transition to a Biden-Harris administration
Rick Perry’s spent a lot of time in Ukraine. Now he’s caught up in the impeachment inquiry
Minority rule in America
Why some Australians are paying for private health care they don’t want to use
Vox Sentences: Paris promises falling short
Why Ta-Nehisi Coates is hopeful