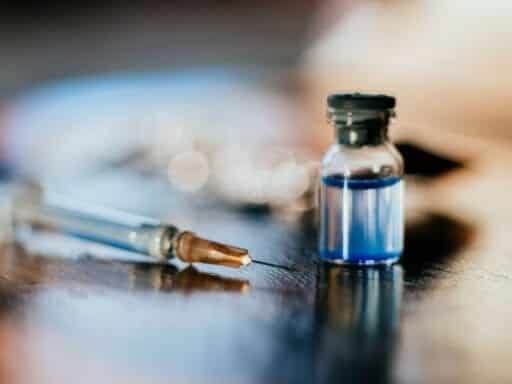 Why Americans ration a drug discovered in the 1920s.

When inventor Frederick Banting discovered insulin in 1923, he refused to put his name on the patent. He felt it was unethical for a doctor to profit from a discovery that would save lives. Banting’s co-inventors, James Collip and Charles Best, sold the insulin patent to the University of Toronto for a mere $1. They wanted everyone who needed their medication to be able to afford it.

Today, Banting and colleagues would be spinning in their graves: Their drug, which many of the 30 million Americans with diabetes rely on, has become the poster child for pharmaceutical price gouging.

The cost of the four most popular types of insulin has tripled over the past decade, and the out-of-pocket prescription costs patients now face have doubled. By 2016, the average price per month rose to $450 — and costs continue to rise, so much so that as many as one in four people with diabetes are now skimping on or skipping lifesaving doses.

Members of Congress have been pressuring drug companies and pharmacy benefit managers to bring insulin costs under control — and there have been several promising moves. In May, Colorado took the unusual step of capping the price of insulin in the state: A new law says people with diabetes won’t have to shell out more than $100 per monthly copay for the drug, regardless of how much they use. The state’s attorney general will also investigate rising insulin prices and make recommendations for other legislative changes.

Before that, the insurance behemoth Cigna, and its pharmacy benefit arm Express Scripts, announced a program that’ll cap the 30-day cost of insulin at $25. That’s a 40 percent reduction from the $41.50-per-month fee people with Express Scripts benefits were paying in 2018. The program is also expected to launch later this year for insurance plans that work with Express Scripts benefits. And by next year, all diabetes patients on Cigna plans will be able to join, according to the Washington Post.

Federal fixes to reduce insulin prices have also been proposed — like the Affordable Drug Manufacturing Act, introduced by Senator Elizabeth Warren (D-MA) and Representative Jan Schakowsky (D-IL). It would have, among other things, allows the federal government to manufacture drugs or hire an outside contractor, and set fair prices, for essential medicines, such as insulin. But the bill didn’t go anywhere.

While these measures suggest the problem of insulin price gouging is finally being tackled, there are several catches to consider. Colorado is just one state, and people with diabetes live in every state in America. The cap also only applies to people who have health insurance coverage. As for Cigna’s plan, patients can only participate if their employers opt into the change in plan, Stat reported. And Cigna is just one of many insurance companies out there, covering less than 1 percent of the 23 million living with diabetes in America. And new federal laws haven’t passed.

“As solutions to the insulin-cost crisis are being considered,” a new New England Journal of Medicine editorial argues, “there is value in remembering that when the patent for insulin was first drafted in 1923, Banting and Macleod declined to be named on it. Both felt that insulin belonged to the public. Now, nearly 100 years later, insulin is inaccessible to thousands of Americans because of its high cost.”

Most patients with diabetes remain vulnerable to the whims of drug company pricing, since companies can still set whatever prices they wish. And no drug is better for understanding how that happened than insulin.

How the companies justify their price increases

With Type 1 diabetes, which affects about 5 percent of people with diabetes in the US, the immune system attacks the insulin-producing cells in the pancreas, leaving the body with little or none of the hormone. With Type 2 diabetes, the pancreas still makes insulin, but the body has grown resistant to its effects. In both cases, patients rely on insulin medication to keep energy from food flowing into their bodies.

But the US is a global outlier on money spent on the drug, representing only 15 percent of the global insulin market and generating almost half of the pharmaceutical industry’s insulin revenue. According to a recent study in JAMA Internal Medicine, in the 1990s Medicaid paid between $2.36 and $4.43 per unit of insulin; by 2014, those prices more than tripled, depending on the formulation.

The doctors and researchers who study insulin say it is yet another example — along with EpiPens and decades-old generic drugs — of companies raising the cost of their products because of the lax regulatory environment around drug pricing. “They are doing it because they can,” Jing Luo, a researcher at Brigham and Women’s Hospital, told Vox in 2017, “and it’s scary because it happens in all kinds of different drugs and drug classes.”

In England, for example, the government has an agency that negotiates directly with pharmaceutical companies. The government sets a maximum price it will pay for a drug, and if companies don’t agree, they simply lose out on the entire market. This puts drugmakers at a disadvantage, driving down the price of drugs.

The US doesn’t do that. Instead, America has long taken a free market approach to pharmaceuticals.

Drug companies haggle separately over drug prices with a variety of private insurers across the country. Meanwhile, Medicare, the government health program for those over 65, which is also the nation’s largest buyer of drugs, is actually barred from negotiating drug prices.

That gives pharma more leverage, and it leads to the kind of price surges we’ve seen with EpiPens, recent opioid antidotes — and insulin.

According to a 2017 Lancet paper on insulin price increases, “Older insulins have been successively replaced with newer, incrementally improved products covered by numerous additional patents.” The result is that more than 90 percent of privately insured patients with Type 2 diabetes in America are prescribed the latest and costliest versions of insulin.

But soaring prices for these newer formulations is out of step with how much they improve treatment for patients, said Yale endocrinologist Kasia Lipska. For Type-1 diabetes, newer formulations appear to be more effective at controlling blood sugar than older formulations. “For Type-2 diabetes, it’s less clear — the benefits are not as strong.”

Luo, the Lancet paper’s lead author, doesn’t find the “cost of innovation” argument very convincing. In his research, he’s come across many examples of the same insulin products that have been continuously available for years without improvements, yet their price tags have gone up at a much higher rate than inflation.

“The list price of these products are already out of reach for most Americans living with diabetes — in some cases, over $300 a vial,” he said. “It is also strange to see Humulin still priced at over $150 a vial considering this product was first sold in the US in 1982.”

Drugmakers do this because they can

So insulin’s drug pricing problem is much bigger than anything one state — or drug company — alone can fix. But more changes in the market may be on the horizon.

The three major insulin makers — Eli Lilly, Novo Nordisk, and Sanofi — testified before the House Energy and Commerce’s oversight subcommittee last April, focusing more attention on the issue. Lawmakers, including Chair Chuck Grassley (R-IA) and Ron Wyden (D-OR), have also been investigating the problem and sending letters to drug companies asking them to account for their outrageous price hikes.

But while the pressure around insulin may be mounting, we’re also seeing the terrible impact of rising insulin prices on patients: people being forced to taper off insulin so they can pay their medical bills and winding up with kidney failure, blindness, or even death.

Some are forced to head to Canada, where drug prices are more heavily regulated and, according to the new NEJM editorial, a carton of insulin costs $20 instead of the $300 patients often pay in the US. “Of course, there isn’t enough insulin in all of Canada to make large-scale importation feasible,” the editorial authors wrote.

One real solution to the problem, however, would be to bring a generic version of insulin to the market. There are currently no true generic options available (though there are several rebranded and biosimilar insulins). This is in part because companies have made those incremental improvements to insulin products, which has allowed them to keep their formulations under patent, and because older insulin formulations have fallen out of fashion.

But not all insulins are patent-protected. For example, none of Eli Lilly’s insulins are, according to the drugmaker. In those cases, Luo said, potential manufacturers may be deterred by secondary patents on non-active ingredients in insulins or on associated devices (such as insulin delivery pens).

There’s also “extreme regulatory complexity” around bringing follow-on generic insulins to market, Luo added. And that’s something regulators, such as the Food and Drug Administration, have been working to streamline. History has shown that their efforts are worthwhile: When cheaper generic options are introduced to the market, overall drug prices come down. A century after insulin was discovered, it’s about time we had one.