The Amazon rainforest is in trouble. Again. 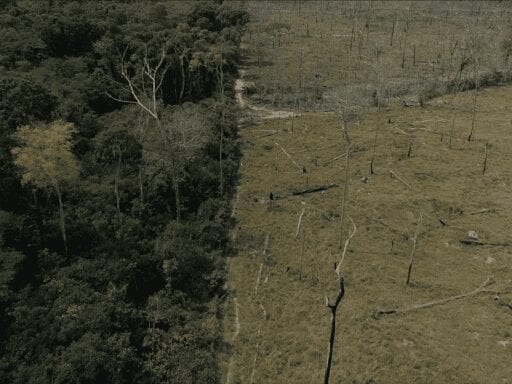 Our three-part video series looks at the world’s largest rainforest, why it’s in jeopardy, and the people trying to save it.

The largest rainforest in the world is shrinking. Again.

For more than a decade, Brazil successfully fought deforestation in the Amazon. But that didn’t last: In 2019, tens of thousands of man-made fires ravaged the rainforest. Deforestation there reached an 11-year high.

Since far-right president Jair Bolsonaro was elected in October 2018, the Amazon has been put at risk again. The new president has weakened environmental protections, and he’s encouraged cattle ranchers, loggers, and farmers to expand their businesses by clearing new land in the Amazon.

Today, the Amazon is entering a new and dangerous phase of deforestation. In this video series, learn about why the Amazon is in jeopardy again, and meet the people who have led the fight to save it.

The destruction of the Amazon, explained

In the 2000s, Brazil made a plan to protect the Amazon from being destroyed, and it worked. But then that plan fell apart. And today, the Amazon is being burned again. So what’s driving the deforestation today? And why did the plan fail?

The war for the Amazon’s most valuable trees

In the 1970s, deforestation in the rainforest took off. When the world learned about it and the fight to protect the Amazon went global, it was largely because of a man who tapped rubber trees. Chico Mendes was one of many rubber tappers who lived in the rainforest sustainably, and his protest movement started as a campaign to protect the rubber trees and his fellow rubber tappers. But it turned into the first big fight to save the Amazon itself.

Brazil’s indigenous lands are being invaded

Brazil’s indigenous people have been persecuted for centuries. But in the 1980s, they finally got protections that guaranteed their rights, and their homes, in the Amazon. Today, that’s being put in jeopardy by an agriculture industry looking to expand into indigenous lands, and a president who isn’t willing to stop them.

A doctor on how to make Covid-19 decisions when so much is unknown
Photos capture the stark contrast in police response to George Floyd protests vs. anti-lockdown prot...
Giving Tuesday, explained
Gov. Steve Bullock just made the Montana Senate race competitive for Democrats
America’s democracy is failing. Here’s why.
To Trump fans, #MAGA is more than a slogan. It’s an aesthetic.