The Bachelor finally had a direct conversation about racism 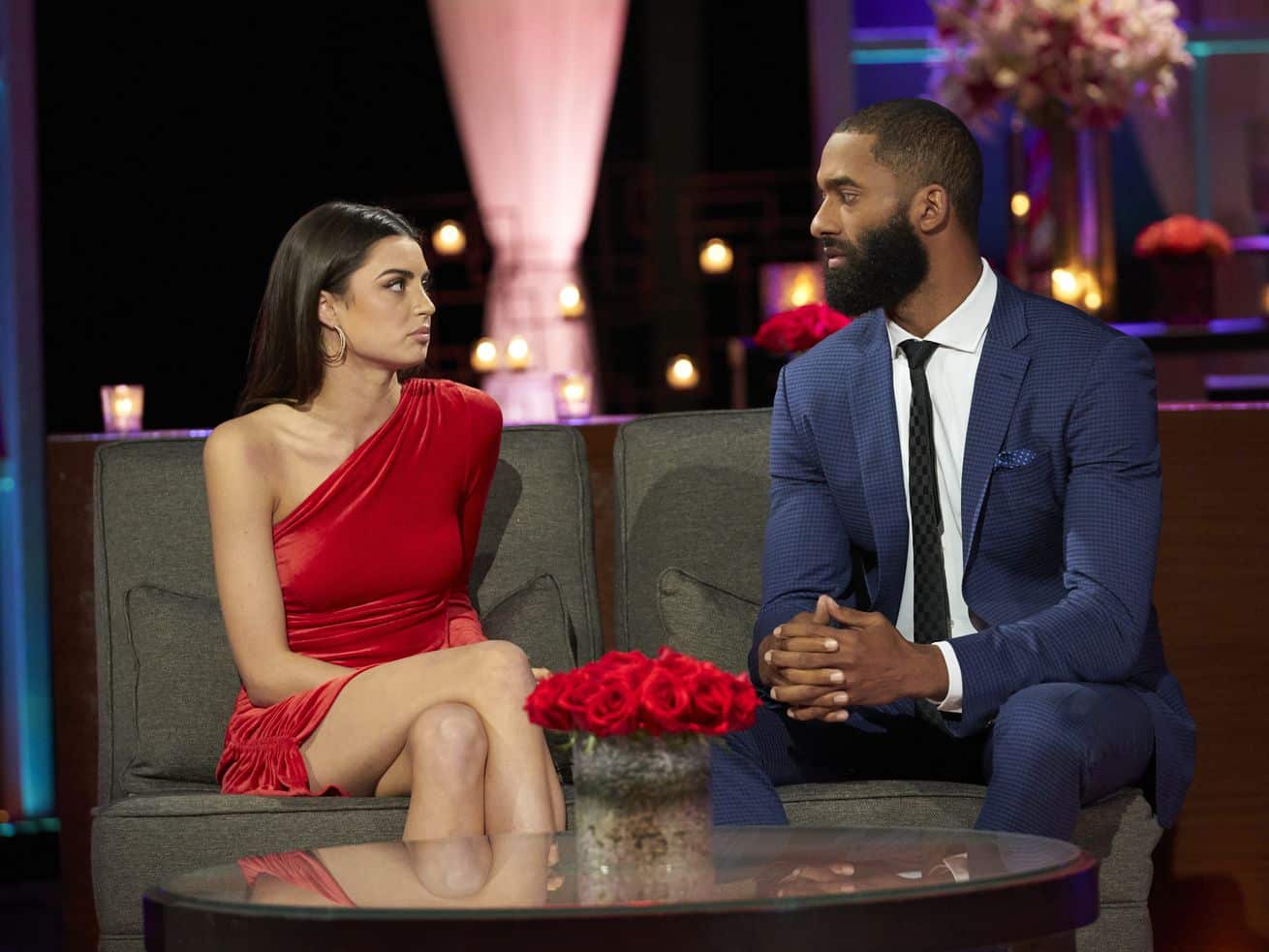 Confronting the show’s recent controversies was the bare minimum, but still significant.

On Monday night, The Bachelor — following a tumultuous season finale and weeks of controversy over racism — had one of its most direct conversations about race ever as the show continues to grapple with its own problems navigating this topic.

In an emotional After the Final Rose special, which aired live after the finale, Matt James — the first Black Bachelor in the show’s 19-year history — spoke about the unique pressures he experienced in this role as well as his reaction to the scrutiny of Rachael Kirkconnell, the winner of his season who’s faced criticism over racist actions that have surfaced from her past.

“It’s a lot of pressure,” said James, of the overwhelming expectations placed on him as the first Black Bachelor. “For a lot of people, that was the first time having someone like myself in their home. … The position I stepped into was to take on the weight of everything going on in the country in that time frame surrounding social justice and within the franchise surrounding diversity and inclusion.”

Following the revelations about Kirkconnell’s past behavior, which included attending an “Old South” antebellum party in 2018 and “liking” a social media photo of friends posing in front of a Confederate flag, James has been at the center of a firestorm that’s called attention not only to these specific allegations, but to much deeper issues around race within the Bachelor franchise. In particular, longtime host Chris Harrison made himself synonymous with such issues when he gave an explosive interview in February defending Kirkconnell and arguing that her actions may have been more acceptable three years ago, when she was a student.

“Is it a good look in 2018 or is it not a good look in 2021?” Harrison asked during a tense interview with Rachel Lindsay, who in 2017 became the first Black Bachelorette and has since become a commentator about the events of the entire franchise, including its shortcomings. “It’s not a good look, ever,” Lindsay replied.

In the wake of that interview, Harrison has stepped back from his hosting duties. Not only has it been announced that Harrison will not be helming the next season of The Bachelorette, but he was replaced by author and former football player Emmanuel Acho on Monday’s After the Final Rose special. “This might just be the most uncomfortable conversation in Bachelor history,” Acho said as the special began, teasing his interviews with James and Kirkconnell. Acho laid out specifically, too, what exactly Kirkconnell had done by attending the “Old South” party, noting that “antebellum” translates directly to “before the war” in Latin, and refers to a time prior to the Civil War, when slavery still existed.

James, in his comments, stressed that Kirkconnell’s actions were just as bad in 2018 as in 2021, and said he believed that she needed time and space to do the “work” and reflect on why they were harmful. “As someone who grew up in the South, it takes me to a place that I don’t often like to think about. I wasn’t okay,” James explained, adding that the two have since broken up and that he felt Kirkconnell had to reckon with her actions on her own.

“The most disappointing thing for me was having to explain to you why what I saw was problematic and why I was so upset. … And so when I questioned our relationship, it was in the context of you not fully understanding my Blackness,” James said, while speaking with Kirkconnell on After the Final Rose. “I don’t want to be emotionally responsible for those tears, because it’s like, the work and the reconciliation that needs to be done is one thing I can’t do for you.”

Harrison and Kirkconnell have both apologized for their actions, and Kirkconnell emphasized on Monday that she is confronting her ignorance and behavior. “I see someone who was living in this ignorance without thinking who it would be hurting,” Kirkconnell said of her attendance at the “Old South” party. “I never asked myself, ‘What is the history behind this?’” Kirkconnell reiterated that there is no excuse for her actions and rebuffed earlier comments from viewers who’ve sought to defend her by arguing that such parties have long been commonplace in the south.

This conversation was significant for The Bachelor, largely because of how much the franchise has long avoided confronting its problems with race. Those problems include casting racist contestants, amplifying stereotypes and playing into harmful tropes in storylines about contestants of color, and staying quiet on issues of discrimination and inequality.

Just two years ago, the show aired a segment about racism that never once used the word: Instead, it focused on contestants of color saying how the “hate” they received was uncomfortable.

Monday’s After the Final Rose conversation was the least The Bachelor could have done to demonstrate that it wants to have explicit and thoughtful conversations about racism within the franchise moving forward. As the show promises to take steps to reckon with its deeper issues around race — including expanding the BIPOC representation among its executive producers — this discussion marked a long overdue start.