The bare minimum America could do to expand health coverage 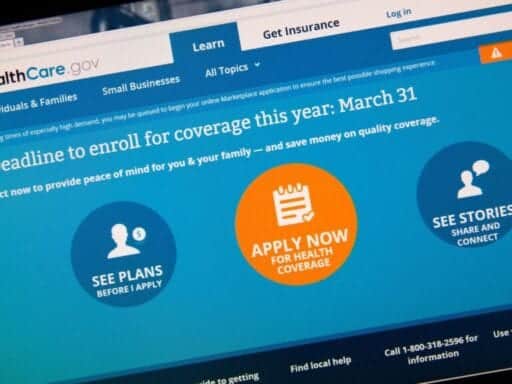 There is an extremely simple and potentially bipartisan idea that could dramatically cut the uninsured rate in America: enrolling people automatically in health insurance.

A new study examined the difference in coverage rates among people who were able to automatically reenroll in their Obamacare plan in California and people who were not. They found people without the option to automatically reenroll in an insurance plan were much less likely (about 30 percentage points less likely) to stay insured through the marketplace than people with the automatic option, according to Coleman Drake at the University of Pittsburgh and David Anderson at Duke University who published their study as a research letter in JAMA Internal Medicine.

They framed their findings in the context of the Trump administration’s consideration of ending automatic reenrollment (which is standard on the Obamacare marketplaces). The unavoidable implication is that more people would end up without health insurance. From Drake and Anderson:

While the Trump administration considers, for whatever reason, ending a policy that keeps people insured, the truth is automatic enrollment is about the bare minimum the United States could do to make sure its citizens have health coverage.

In the abstract, it’s a no-brainer. It crosses ideological lines. As a trio of conservative health policy experts wrote in Health Affairs last year, automatic enrollment could be one useful way to replace the individual mandate (now repealed) in making sure younger and healthier people sign up for insurance and keep Obamacare premiums down.

Maryland has set one possible example for how automatic enrollment could work, with Republican Gov. Larry Hogan signing a bill this year that allows Marylanders to check a box on their tax return and get enrolled in a health insurance plan. The state estimates half of its 360,000 people are already eligible for either subsidized health insurance or Medicaid through the ACA.

Automatic enrollment is a shared feature of the Democratic health care plans, too. The more moderate proposals, like those by former Vice President Joe Biden and South Bend, Indiana, Mayor Pete Buttigieg, would start by automatically enrolling people who should be eligible for the ACA’s Medicaid expansion but live in a state that refused to expand in a new government insurance plan. Other iterations, like Medicare for America, would automatically enroll newborns in a government plan.

This change would bring some logistical challenges, as Christen Linke Young wrote for the Brookings Institution think tank. Governments have to do the work to figure out what people are eligible for. It might be Medicaid, Obamacare subsidies, or nothing at all, and once they do, governments must also set up a way to collect premiums from the automatically enrolled.

There are ways around this, but people who support single-payer Medicare-for-all (where every person would have the same government insurance plan) might argue this is overly complicated.

But it’s also maybe the easiest way to expand insurance coverage and one that should be agreeable to politicians of both parties.

If Democrats win full control of Congress and the White House next year, then they can think about an even more ambitious health care agenda. Automatic enrollment is something that could be done no matter what. It’s hard to see the argument against it, given what research like that of Drake and Anderson teaches us.

Shopping has become a political act. Here’s how it happened.
The former ambassador to Ukraine says she was ousted because of her anti-corruption work
Scientists feared unstoppable emissions from melting permafrost. They may have already started.
Trump and Barr have been urging foreign governments to help them investigate the Mueller probe’s ori...
Government loans meant to bail out small businesses could become a financial burden themselves
Mitt Romney and Michael Bennet just unveiled a basic income plan for kids