The best $1 I ever spent: A Venmo payment to my ex 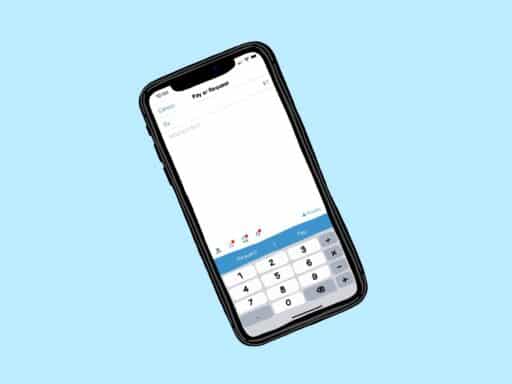 After I cut off communication, there was still one compartmentalized way for us to talk.

It was the end of August when I decided to Venmo my ex. We hadn’t spoken in weeks, and we hadn’t had a real conversation in months. It had been weeks because I blocked him on every platform I could. It had been months because most of our prior communication was one-sided and dripping with vitriol.

Today, though, I had a request. I needed him to return the internet router, which lived with him at my old apartment. He was moving, and if the router wasn’t returned, I’d be charged $13 a month for the rest of my life. I was just settling into a freedom from his constant pings and was reluctant to reach out — but my sanity in exchange for monthly payments forever seemed steep. Instead, I opened Venmo and sent $1, coupled with a request to “plz plz” return the router to Optimum. He did.

It was March when we broke up, a drawn-out process that lasted weeks and lives in my mind now as this dark, muddy thing. Mostly what I remember is it being cold, then warm. It was cold when I read his messages and then kicked the table and sliced my shin and cried and then went for a run. I laid in the park until the sun had set and both the grass and I had frosted over.

The day I moved out it was warm, and sweat beaded on my neck and face as I carried my things from the U-Haul to my new apartment. I didn’t realize it then, but it was the first day of spring.

It’s impossible to talk about my breakup without talking about the pandemic. New York got bad early but it worked out for me because no one could tell I was crying underneath sunglasses and a face mask. As the rest of the city ordered latex gloves and sanitized their groceries, I tried to scrub the past from my present. I sliced our joint credit card with sewing scissors. I stopped sharing my location and deleted messages. I asked him, told him, begged him to stop texting me. He didn’t.

I learned early on that my romantic relationships do not easily translate to friendships. I don’t like mess, and I struggle to compartmentalize. I cannot let a person I once loved seep into the pockets of my new life, the ones I have thoughtfully carved out and filled with things that bring me comfort. It’s a practice in forgetting, and once you emerge from the blurriness of survival mode, the space that once fit this person so perfectly has shrunk. We weren’t meant to inhabit spaces so small.

My ex, on the other hand, did everything he could to keep that space from closing. Instead of giving me time and distance, he sent daily reminders of his existence. It started with a restrained kindness — a photo he’d taken of me walking down the street, smiling and lighting a cigarette; a message saying he missed me; a job opening he thought I’d be good for. Then he was vindictive and petty. He told me he was doing great. Fantastic! Thriving without me. Sometimes he questioned if we had made the right decision in breaking up. I was frantic and weak from these constant pinpricks.

Be gentle with yourself, friends and family told me when I shamefully admitted how much I had been drinking, how little I had been reading. Like gentleness and indulgence are the same.

Many months in and right on schedule, his texts turned mean, and then they got meaner — the ugliest words anyone has ever sent me by way of little grey bubbles. I could barely reckon with the fact that this person had loved me, that my mom had given him her grandmother’s engagement ring. I tried to make sense of his words. An expression of anger was ultimately an expression of love, of caring, of falling apart, that’s what people told me. But meanness has never been a language I speak easily, and I was tired of interpreting. If there were any hope of salvaging even a cordial relationship, his last few texts sewed that space tightly shut.

Blocking him across nearly every mode of communication felt like long-overdue liberation, and a feat for me, someone who doesn’t like absolutes. I was thorough in the job, too. I blocked him on Instagram and Twitter, and I banished his email addresses. I blocked his phone number from my phone and then a half-hearted apology slithered onto my laptop so I blocked him there too. A digital upheaval with only one tie left unsevered.

When I tell someone that I only communicate with my ex on Venmo they usually laugh, because it’s actually very funny. I look at my feed and see tropical drink emojis and friends paying each other alongside inside jokes. It’s not a place for begrudging exes, but here we are.

A few months after I instigated our new means of communication, he adopted the tactic. I received an unexpected alert one day in which he informed me that my health insurance would be expiring. For this information, he offered a dollar.

Over the course of three years, my boyfriend and I had had many Venmo exchanges. Settling up on groceries, reimbursing for margaritas, paying half the rent. We turned to the app early in our breakup as well. He paid me for the furniture he sold, the table and credenza I had bought and assembled. But this was different — a step back, a renegotiation.

It’s not something I often strive to do, flatten someone into two dimensions so they fit snugly into a single app. But moving our relationship to a place that’s almost entirely transactional has tidied a messy breakup. Our new relationship thrives on Venmo, mostly because we barely speak. We are kind (I used a double “plz”), doling out dollars like olive branches. He respects my boundaries, boundaries bolstered by Venmo’s capabilities and limitations, and in turn, has access to me in case of emergency.

With one payment of a single dollar, I drew a line that I have yet to move and he has yet to cross. My reward is some much-needed quiet.

Since March, like many others, my days have become slower, quieter. I stand in my kitchen each morning, waiting for coffee to brew, as my neighbor lets three petite dogs into his front yard. I’ve watched the tree outside my bedroom window transform from a bare wisp, to a lush green giant, to a weeping, fiery thing, and back again. Some things have to stay the same in order for us to realize how much others change. I don’t know when it happened, but my life got bright again.

I have two cats. We used to share them but now they’re mine. Lately, Coconut, who’s always been skittish and independent, cuddles with me every night and every morning. For a moment I think of sending a payment to tell my ex about this new development; no one else would appreciate it in quite the same way. But I stop myself, feeling silly. I don’t want to make a mess.

Rachel Ellison is a writer living in Brooklyn. Her work has appeared in The Guardian and HuffPost.

The striking parallels between Brett Kavanaugh and Clarence Thomas
The most substantive answers from November’s Democratic debate
The debate over eliminating private health insurance offers a false choice
If the Supreme Court decides the election, it will likely all come down to Brett Kavanaugh
Karlie Kloss and Josh Kushner’s marriage adds new star power — and weirdness — to the Trump family t...
Coronavirus’s new mystery: It’s causing strokes in healthy people