The best $130 I ever spent: A Major League Baseball TV pass 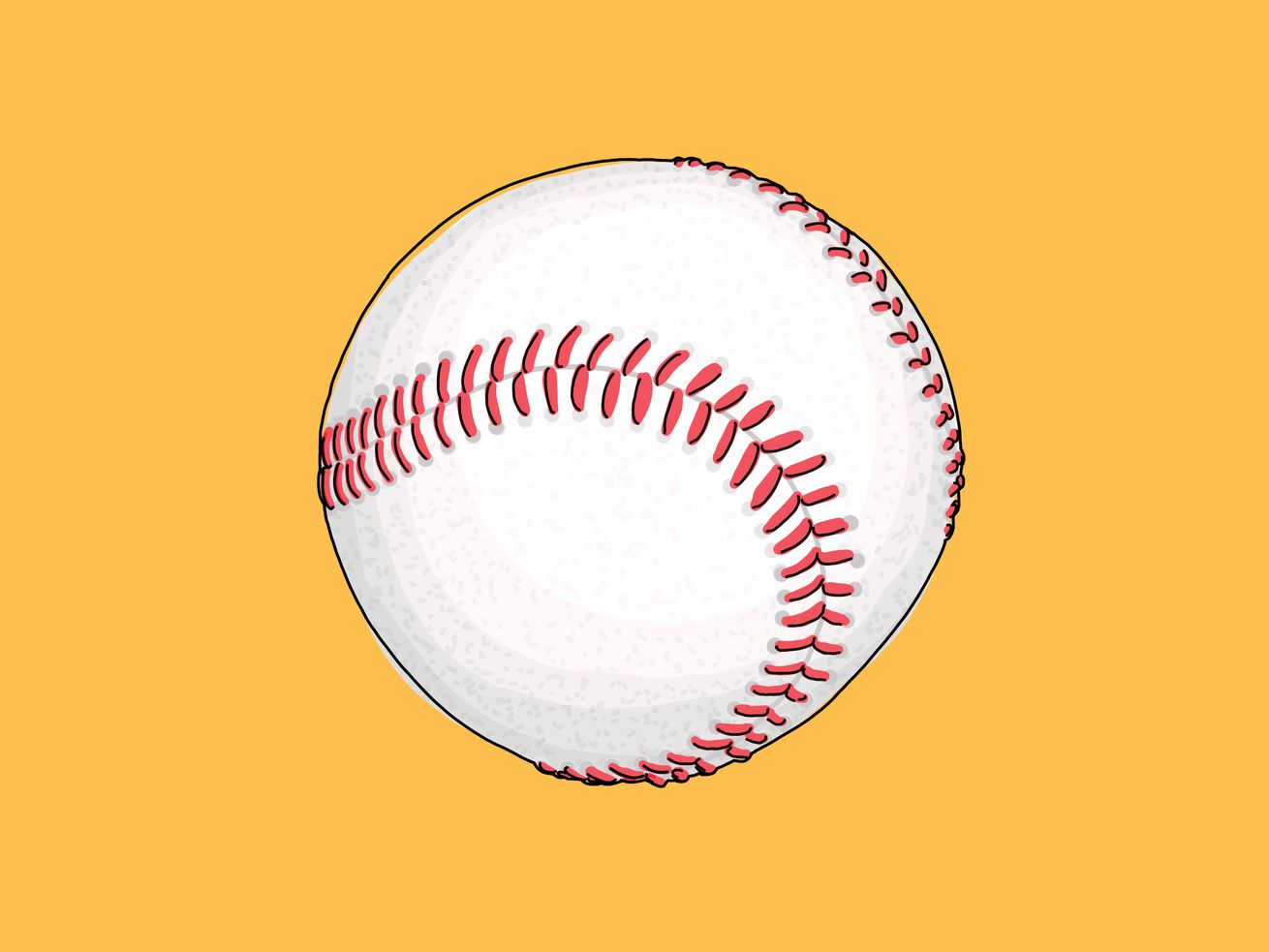 It turned out that after the past year and change, I needed a new type of narrative.

There are a million things worse than watching a movie on a Monday night. But at the end of this past March, I couldn’t think of any. Suddenly, I didn’t ever want to watch a movie, ever again.

This is not a great position to find yourself in if what you do for a living is write about movies. I could read a book, of course, or watch television, but during this awful year, those have been my choices every night: watch something on my TV or read a book. Rinse and repeat.

“I cannot,” I announced to my husband one night, after dinner, in a spasm of desperation — “I simply cannot watch anything else.”

I knew some of it was simply the weight of my world crashing down on my head. I’d been writing and teaching all year, trying to act like my work life was normal. I was sad and worried about friendships strained by distance. And like everyone, I felt uneasy about the unknown future.

But it took a while for me to realize what was really going on. What I really needed was baseball.

In early April, my Twitter feed was suddenly alight with friends celebrating yet another holiday we missed last year: Major League Baseball’s cheerful springtime opening day. The 2020 season had been truncated, axed to half-length by the same damn pandemic that cut everything short. This year it was back for the full season, April 1 to October 3, 30 teams, 162 games.

I meant to watch the shortened season last summer, but when it launched I realized it made me too sad to watch players in empty stadiums (clever solutions notwithstanding). Everything made me sad then. I didn’t need one more thing added to the pile.

But now they were back in full force, and I felt a familiar pull. I hadn’t watched baseball consistently since college. It takes commitment to follow the season, with games almost every day, each three or four hours long, time I normally don’t have. And as a cradle Red Sox fan who’s lived in Brooklyn for 15 years, it’s hard to go see my team at the stadium.

On April 5, though, as a kind of experiment, I flicked on an evening game. It was the Red Sox’s fourth game of the season, against the Tampa Bay Rays, at Fenway Park. They’d lost their previous three games, and thus had an inauspicious 0-3 record, but anything is possible. They were playing baseball. There were people scattered in the stands. And it was on TV.

The game started just after 7 pm, and to my delight, the Sox won easily, with a final score of 11-2. The next night I turned it on again and the game went to 12 innings. There were wild pitches and fielding errors, and when the Sox won it was — at least for us fans — like the end of a great movie, where you hope they’re going to win but you don’t know if they can pull it off.

I was elated. I was hooked. I needed this.

Within a couple of days, I’d decided what I had to do: I plunked down $130 on MLB.TV’s virtual table and asked, politely, if they could please give me all of the baseball.

And so they did. That sum gets me a stream of most out-of-market games (that is, games that aren’t being broadcast on my local stations) for every team in the league, except when they’re playing in my town — and it turns out one of the best things about being a fan of an out-of-town team is that I can see almost all the games.

Nearly every day, there’s something for me to watch — or semi-watch. Keeping an eye on baseball isn’t a full-concentration sort of deal, the way some sports are. (I love hockey, but it demands your eyeballs.) I can turn it on while I am grading, or writing, or doing chores. I know when to look up at the screen and when it’s safe to look away.

That’s part of why it feels so different to watch a baseball game than to watch a movie or read a book, both activities that should require my full attention. The bigger reason has to do with something else: storytelling.

There’s a narrative arc to a baseball season. Becoming a fan of a team means catching up, however cursorily, on that team’s story. The Red Sox, for instance, were one of the eight charter franchises in the American League. They’ve been playing in Fenway Park since 1912. In the early days, they won a whopping four world championships, but in 1918, they sold star slugger Babe Ruth to the New York Yankees, and thus set off the “Curse of the Bambino,” an 86-year championship dry spell that was only broken when they finally won the World Series in 2004. (A victory that was even sweeter because they got to the series by beating their archrivals, the Yankees, in the American League championships.)

I remember that 2004 season vividly. It ended during my senior year in college, among the most stressful times in my life. In addition to commuting from my parents’ home half an hour away from campus, working two jobs, and taking a full load of senior-level computer science courses, I was also in the job hunt. I had to travel 100 miles south to New York City for second-round interviews several times during the semester. There was some mess in my personal life, too, and sadness about my friend group getting ready to move on. I felt a huge amount of anxiety about the unknown future.

Nearly every night, till I got in my car in the wee hours of the morning to go home and sleep a little, I sat at a table in the student union and worked on homework. I’d done that for four years. Keyed up and tired, I found my mind wandered away from my work and into the unknown.

But by some mercy, I found the solution: baseball. My boyfriend and I had gotten into watching games over the summer; his family would sometimes buy tickets to games at Fenway and then drive the three hours out and back in one night. It was fun in the stadium, a crowd of people enjoying themselves watching guys like Manny Ramirez and Johnny Damon and Big Papi do their thing down on the field. Everyone was loudmouthed and boastful — it’s Boston, after all — but also visibly nervous about whether Babe Ruth’s ghost would show up and wreck what seemed like a beautiful team.

By the fall, it was harder (though not impossible) to both get to Boston and to get tickets. And this was 2004; my computer was not yet able to stream baseball games, and I had no way of watching them at school. (You could watch the game in the campus pub, but they were very strict about IDs, and I didn’t turn 21 till after the series.)

Still, I was in luck. MLB had released a software platform called GameDay that showed a little graphical representation of the field, and updated it as plays happened on the field. It was like watching a lo-fi cartoon of the game. If I parked myself at a table near the entrance to the campus pub, I could hear people shout together when someone homered or caught a fly ball. I felt connected to them, to the game, to the wins. The night the Sox beat the Yankees and captured the American League pennant, my heart was racing, but not, for once, because of my own anxieties. Just because of happiness.

Coming back to watching it this season feels like reinserting myself into a glorious story. I needed a reminder of where I’ve come from, and who I am, and how far I’ve gone.

I needed a reminder of where I’ve come from, and who I am, and how far I’ve gone

A lightbulb went on at that April 6 game, the one that went 12 innings. It ended well past midnight; by the time it got into extras, I had set aside my other distractions and was pinned to the game. The Sox would be behind by one at the top of the inning, and then, in the bottom of the inning, with three outs and two strikes, a player would hit a home run or bat a runner in, tying the game and sending them into another inning. When they finally won, it was because at the absolute bottom of the 12th, when it looked like they’d probably lost, J.D. Martinez hit a two-run homer and won the game.

“What a twist!” I found myself thinking. And then remembered that there are no writers’ rooms in baseball, no guarantees. This was real life. You couldn’t plan how it would go.

That’s so different from a movie, where someone has carefully written, shot, and edited a story with the goal of giving the viewer a particular experience. Or even a reality show, where the material of life is crafted and edited into a narrative. Nobody was guiding me through this experience, though, curiously, the rails on which it ran were even more evident than in most narrative art: innings, outs, strikes, balls, runs, singing “Sweet Caroline” in the seventh-inning stretch. But the final outcome was undetermined by me, the league, or anyone who might be watching. We were waiting to see what would unfold.

Right now, that’s where I’m living. Post-vaccination, there’s still plenty of uncertainty, but I have some small idea of what the structure of my year will look like. I know, in other words, the “rules.”

But I am still waiting on the outcome, wondering what twists are going to come and where the story will lead. I am living in several different waiting rooms simultaneously, having no idea, in some respects, what I’m even waiting for. I am still sad and nervous and worried.

Watching baseball, right now, I’m reminded of two things. This part of my life is part of a bigger story I’ve been living for a long time. And as much as I love narrative media and great stories, life is a lot more like an open-ended game where the end isn’t written yet. That’s frightening, but it’s also invigorating. A win is just as likely as a loss, and nobody loses forever.

Maybe one more thing, too. Any curse can be broken eventually. And when it is, there is celebration on the other side.

Alissa Wilkinson is a critic and senior culture reporter at Vox and an associate professor at The King’s College in New York City.

We’re not looking at the most important vaccine statistic
New poll shows black voters want 2020 candidates with big policy plans, not just big names
How LGBTQ Pride Month became a branded holiday
Why Google wants to sell its gadgets in Goop stores
Mitch McConnell’s rediscovery of the deficit is a recipe for a depression
Why so many Covid-19 variants are showing up now