The best $80 I ever spent: TSA PreCheck 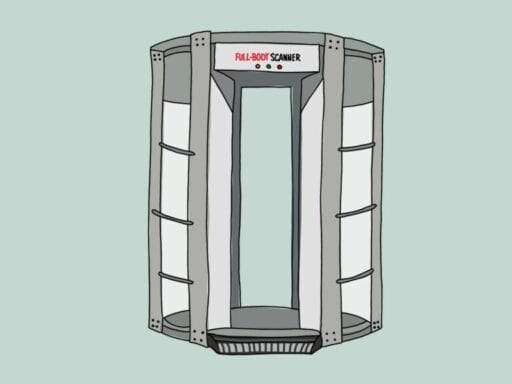 It absolutely shouldn’t exist, and is absolutely an incredible value.

The only thing better than arriving at a destination and finding no line to get in is realizing there is a line and getting to cut straight to the front. You get the gratification of your roller coaster/purchase/concert entry faster, and you receive the added benefit of feeling better than other people. Not qualitatively better, just … luckier. For one brilliant moment, you’re the one who’s friends with the band or who remembered to call weeks ahead to reserve a table. Someone has to be the first in line, right? And why not you?

Of all the lines we wait in, the one to pass through airport security might be the worst. The baseline barrage of privacy invasions you undergo just to get to your gate is comical in its authoritarian overreach. You take off your shoes to prove that they are not bombs. Then you pull out your toiletries (which you have already separated into too-small-to-be-a-bomb quantities) and display that they are also not bombs. You put your laptop on the conveyor belt so it can be scanned for any bomb-like properties.

And that’s the simplest, most privileged experience of airport security. It’s the level I face as a white, cisgender person. There’s an additional level of scrutiny given to anyone who is singled out for attention after they’re “randomly” pulled out of line or their gender is intrusively questioned by a TSA agent.

You perform these tasks as an impatient TSA employee shouts instructions at you, like you should be intimately familiar with every specific requirement, as if you also spent all day every day immersed in these strange and arbitrary rules. It seems like a slightly misguided tone. When you get in line at a Dunkin’ Donuts, they don’t condescendingly bellow the coffee options at you. TSA could do that too. Just say: “Please remove your belt,” without the eye roll. Why do you have to be such a cop about being a cop?

The whole time, you’re plagued by the nagging feeling that none of it matters, that the security apparatus is all a charade. We’ve all seen the exposés showing how frequently a local news team can smuggle contraband through a checkpoint. At least once, I have accidentally left a water bottle in my bag, only to have it pass undetected through an X-ray analysis, leaving me feeling like I’d just inadvertently pulled off an Ocean’s 11-style heist.

And, arguably more importantly, you receive the smug satisfaction of bypassing the interminable security line for a place in a more manageable queue. You feel connected, prepared, enveloped by a sense of relative calm. I have earned this, you think to yourself. I am living the life of luxury I have always imagined for myself. Just because you don’t have to walk through a body scanner in your socks or (shudder) barefoot. Our standards of comfort at the airport are so low, and yet exceeding them provides so much joy.

Our standards of comfort at the airport are so low, and yet exceeding them provides so much joy

It’s not even like anything that exciting is waiting for you on the other side. You are rewarded for being a safe traveler with the privilege of buying a soggy $12 sandwich, hunkering down in a chaotic waiting area while for some reason CNN plays on 100 screens, and using bathrooms that look as though the tile was filthy and wet from the moment it was put down. (And sure, yeah, I guess after all of that you get to participate in the engineering marvel that is air travel.)

But it’s not what you’re getting that matters, it’s what you’re missing. It is an amazing trick of the TSA to make a trip through a standard metal detector feel as refreshing as a stroll through Central Park. And I fall for it every time, like a child whose grandfather keeps magically finding quarters behind his ear. All for the cost of a few dozen dollars and the willingness to wade neck-deep into a moral gray area.

My wife and I applied for (and were granted) TSA PreCheck status three years ago. We were able to achieve this because we had access to $160 of disposable income, an afternoon we could comfortably take off work, and a lack of criminal records. There was a lot of privilege at work to make this possible. And if I ever had to give it up, there would not be enough $14 one-ounce plastic bottles of in-flight bourbon in the world to drown my sorrows. PreCheck is incredible. But that doesn’t mean it’s good.

It’s not a new observation that the American justice system has two tiers. The wealthy (and, often, the white) have the ability to warp and pervert it for their own gain, bending rules or financing the rewriting of regulations when they can’t be adequately tweaked for their purposes. Those who lack the means to distort the system for their own ends are subjected to the pitiless letter of the law.

Nowhere is the bifurcated nature of justice more nakedly on display than in the presence of the TSA PreCheck line. While the general boarding class is subjected to all manner of indignity, the people with PreCheck breeze through while experiencing just the briefest overture of security theater.

It’s hard not to look at the literal fast lane past government security agents afforded to the haves, and the backlog of bureaucracy assigned to the have-nots, without seeing parallels. By allowing purchasers to bypass the most obnoxious overreach of the national security apparatus, the very existence of TSA PreCheck is both deeply fucked up and a phenomenal return on investment.

Not only that, but you are essentially paying money to become complicit in the surveillance state. If an institution wants to map your comings and goings and track your personal data (and they do), they should have to pay you money or at the very least invent Facebook. Instead, the US government has created a system wherein you pay them to more easily keep tabs on you, just so you can avoid a system of inconveniences that feel arbitrary and possibly unnecessary in the first place. And I would be remiss if I did not reiterate: It is worth every penny.

By all logic, PreCheck shouldn’t exist. We should not have to sacrifice privacy for convenience, and we should not be allowed to pay to bypass “necessary” security measures for a small fee. Either no one deserves these privileges or we all do. “TSA PreCheck For All” would be an immensely popular political platform for a Democratic presidential candidate.

That said, if you have the money and the time, it is easily worth the $17 per year to travel with a sliver of dignity intact and to feel, for just a moment, like a FastPass holder at the world’s most boring amusement park.

Josh Gondelman is a writer and comedian. His debut essay collection, Nice Try, comes out September 17 and is available for preorder now.

Why are “sexy” cats a thing?
“There should be zero discrimination”: Joe Biden spoke in defense of transgender rights at Thursday’...
2 Republican senators refute Trump’s Ukraine-Biden conspiracy theory
My PTSD can be a weight. But in this pandemic, it feels like a superpower.
How the US stacks up to other countries in confirmed coronavirus cases
As our April book club pick opens, New York City is born. What happens next?