The best- and worst-case scenarios for Covid-19 this winter 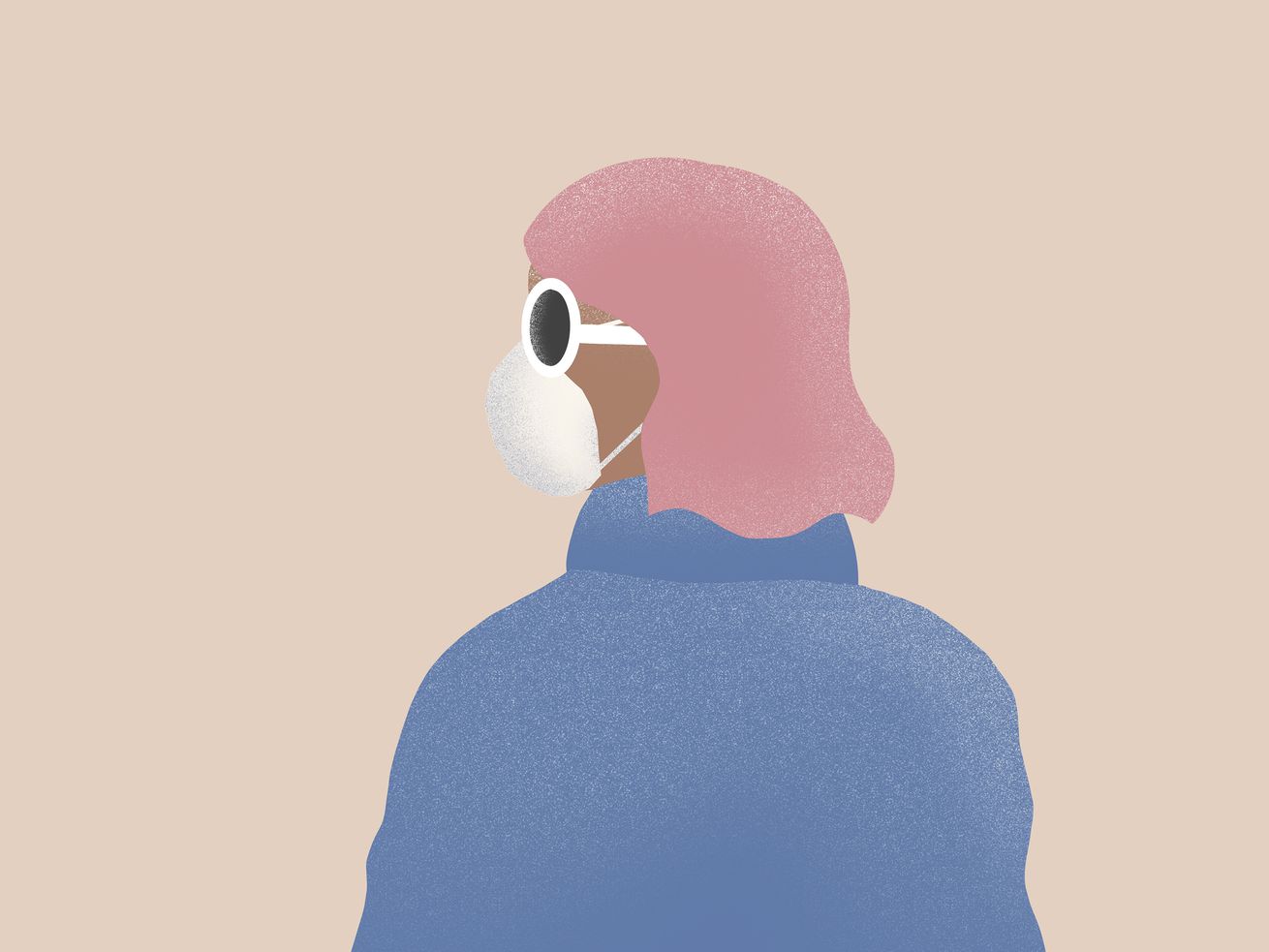 Why this winter should be better than the last one.

The summer wave of Covid-19 cases and deaths is finally starting to fade, but already, winter is within sight.

Last December and January, the United States and much of the world experienced the deadliest surges of the pandemic. At one point, more than 3,000 Americans were dying every day of Covid-19. Nearly 250,000 people died in the United States over December, January, and February.

But this winter may be different, at least in America. Last year, almost nobody was vaccinated against Covid-19. As of October 7, 56 percent of the US population is fully vaccinated, according to the New York Times’s tracker. That includes 84 percent of people over 65, who are generally the most vulnerable to dying from the virus. The Food and Drug Administration will soon consider whether to authorize a vaccine for children as young as 5, which would push vaccination rates higher.

More than half the population being vaccinated is the primary reason for optimism about the coming months. Some number of unvaccinated people have natural immunity as well; there have been 44 million recorded cases of Covid-19 in the US to date.

At some point, the virus starts to run out of people with no protection to infect. While there will be breakthrough cases within the vaccinated population, those people are significantly less likely to develop serious symptoms than if they were unvaccinated. At this stage, the major goals are maintaining hospital capacity to make sure health systems are not so inundated with patients that they must ration care and preventing deaths. The more people with immunity; the fewer deaths we will see. That’s the main reason this winter could be better than last.

The Covid Scenario Modeling Hub, which is a synthesis of several projections of future case and death numbers, shows US Covid-19 deaths steadily falling, from an average of nearly 2,000 per day during the last week of September to a projected 90 deaths per day in the final week of February 2022.

But that is assuming a lot of children get vaccinated and no new variant emerges that is more transmissible and/or deadly than the delta variant. Under different parameters, if few children get vaccinated and a new variant does become dominant, the coming winter could look a lot different. The Covid Scenario Modeling Hub projects about 650 deaths every day by the end of February in that scenario — and trending upward. That’s not as bad as the last winter, but it is still much worse than other possible futures. (And to be clear: All the scenarios involve significant uncertainty in the specific numbers projected.)

Which situation we end up in will depend in part on luck (hopefully, the virus does not suddenly become more virulent) and in part on our own decisions (such as whether or not to get vaccinated — which can help stave off new variants).

We likely will end up seeing both scenarios play out in different places. Areas with a lot of immunity, whether by vaccination or infection, may have an easier winter. But there are still pockets of people, in areas as small as a town or even a neighborhood, where there is not much immunity and a lot of people are still vulnerable to Covid-19. They are facing a much harder winter.

Here’s what will determine how the United States fares during the cold-weather months.

The reasons for optimism about Covid-19 this winter

More vaccinations should mean a better winter. Other factors — how much people travel, what precautions they take to social distance, etc. — will play a role, but nothing is as likely to influence how the winter unfolds as vaccination rates.

At this point, about 75 percent of Americans ages 12 and older have received at least one dose of a Covid-19 vaccine. Most importantly, 95 percent of people over 65 have gotten at least one dose, and the federal government has signed off on booster shots for that age group. And Pfizer has asked the FDA to approve its vaccine for children ages 5 to 11, which sets the stage for vaccinations to begin for the school-aged population in a matter of weeks.

President Joe Biden’s administration and many states, cities, and employers are doing whatever they can to encourage more vaccinations. The federal government is requiring large employers to institute vaccine mandates; some local governments and businesses are doing the same. Daily vaccination rates are still far below their peak of more than 3 million in April, but they have picked up over the past few months, from a low of about 500,000 per day on average in mid-July to about 950,000 daily in early October.

“Vaccination coverage is creeping up and that, combined with natural immunity, affords increasing protection,” Jennifer Kates, director of global health policy at the Kaiser Family Foundation, told me. “Kids should be eligible soon. Even with kids back in school, we are not seeing big outbreaks. These are all signs that we could be over the significant hump.”

The US is entering a new stage of its epidemic. Covid-19 is not going away, so we will have to decide, individually and collectively, how much risk we are willing to tolerate. It isn’t possible to prevent all infections, but the goal should be to prevent as much serious disease as possible in order to avoid hospitals being too overwhelmed to care for all their patients, a worst-case scenario that was seen in the hardest-hit parts of the country this summer.

The vaccines continue to provide strong protection against severe illness for most people, and many people for whom vaccine effectiveness is more likely to wane are now eligible for booster shots. The more people are vaccinated, the more likely we can allow life to return to normal (or normal-ish) without risking overrun hospitals.

“Even in the most highly vaccinated US states, there will still be a reservoir of people susceptible to the virus” —Josh Michaud, Kaiser Family Foundation

About half of unvaccinated US adults are open to getting the vaccine, according to the Kaiser Family Foundation’s September survey, saying they are either still taking a “wait and see” approach or they’ll get it if required. Most vaccinated people say that they would get a booster if and when they are eligible for one. And about one-third of parents with kids ages 5 to 11 now say they will get their child vaccinated right away, up from 26 percent who were saying the same in July.

All of those trends suggest there is room for the overall US vaccination rate to grow before the cold weather really sets in. That would portend a better winter than last year, even if experts caution it is still possible to see a small bump in cases under a best-case scenario.

Their goal is to have as many of the cases as possible be vaccinated people with mild symptoms that don’t require a trip to the hospital. That way, life could go on in relative safety.

“It’s no secret that Covid will likely remain endemic and still hurt people,” Kumi Smith, an epidemiologist at the University of Minnesota, told me. “But if we can reliably send kids to school and give our health care systems a fighting chance, I️ think that will be a huge step.”

The reasons for pessimism about a coming winter wave

But in the same data, there are trends that could result in a more difficult winter, one in which many Americans remain unprotected from Covid, fully vulnerable to the delta variant — or, in the worst-case scenario, a more virulent successor.

About 12 percent of Americans say they will “definitely not” get the vaccine, under any circumstances, according to the KFF’s September poll. They appear unlikely to be moved by any incentives or requirements; some of them have become a part of the anti-vaccine, pro-miracle cure community that has developed during the pandemic and is not persuaded by the mainstream consensus.

Covid-19 is not going away. We will have to decide, individually and collectively, how much risk we are willing to tolerate.

A lot of parents also appear hesitant to get their young children vaccinated, even after the FDA’s expected approval: Per the Kaiser poll, 32 percent of parents said in September that they will “wait and see” about it; 7 percent say they will have their kid get vaccinated only if required, and 24 percent say they will “definitely not” allow their child to be vaccinated. Such a large share of parents being hesitant about a new vaccine is actually not unique to Covid-19. As Aaron Carroll wrote for the Atlantic, it took years for chickenpox vaccination rates to reach 90 percent in the US.

So there will be pockets of the population who remain fully vulnerable to Covid-19. It doesn’t appear likely that the United States can reach sufficient vaccination levels to stop the virus’s transmission entirely. And even vaccinating many more kids may not help as much as vaccinating more older adults would in reducing severe cases overall.

“Even in the most highly vaccinated US states, there will still be a reservoir of people susceptible to the virus,” Josh Michaud, associate director of global health policy at the Kaiser Family Foundation, told me. “No state has reached a level of population immunity that could interrupt spread — and that may not even be possible, given the highly transmissible delta variant.”

Different places will have different levels of vulnerability, though, depending how much immunity there is through vaccinations and prior infections. Some states have vaccinated more than 99 percent of their over-65 population; others, like West Virginia and Wyoming, are still hovering closer to 80 percent, meaning a lot of the people most at risk from Covid-19 lack any immunity to the virus.

That variance goes all the way to the local level. Wayne County, Michigan, is considered highly vulnerable to Covid-19, according to the CDC’s Social Vulnerability Index, which uses various socioeconomic measures to assess a place’s risk. The county’s vaccination rate is stuck at 46 percent, well below the overall state rate, and one in four people over 65 aren’t vaccinated.

Bill Hanage, a Harvard University epidemiologist, told me this kind of micro-trend is one reason that clusters of cases continue to appear even in highly vaccinated areas.

“One obvious and important reason is the clustered nature of susceptible individuals,” he said. “If you are 95 percent vaccinated in your town, but the 5 percent unvaccinated are all in the meatpacking plant, that’s not good.”

So the US may end up experiencing both the best-case and worst-case scenarios simultaneously this winter, depending on where you live and who you are. But experts are consistent in saying that more vaccinations should lead to less risk — and help avert what they consider the worst-case scenario for the winter if vaccinations lag.

“Worst-case scenario is that another variant emerges,” Kates said. “Covid has fooled us before and can again. And if people let their guard down — masking stopping too early, for example — we could see another surge, especially since we are entering winter.”