The best way to reduce your personal carbon emissions: don’t be rich 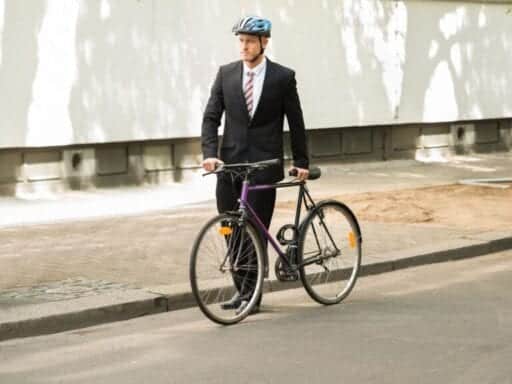 Some lifestyle choices matter more than others.

One of the perennial debates around global warming has to do with the role of individual choices. What responsibilities do individuals have to fight climate change? Are people who advocate for political action on climate change hypocrites if they drive to work, fly to climate conferences, or have three children?

A study, published in July 2017 (we first published this story around then), has pushed that debate back to the forefront and, perhaps inadvertently, demonstrated why it is so goofy.

The study, from researchers in Sweden and British Columbia, analyzes 148 separate individual actions available to citizens of the developed world and, drawing on 39 different sources, attempts to calculate their carbon impact. This pretty infographic is the result:

As you can see, your lightbulbs and laundry verge on meaningless, carbon-wise. The only “high-impact” actions are ditching your car, flying less, switching to a plant-based diet, and, the biggie, not having a child.

That last bit — refraining from procreating — has totally dominated discussion of the study. The implication that people in rich countries should consider not having any, or any additional, children has sparked the usual outrage and counter-outrage, but everyone seems to be missing the point.

It is precisely this finding that exposes the silliness of the individual-choices framing. There are three problems with it, each worse than the last.

1) Attributing children’s emissions to their parents is unworkable

The premise of the chart above is that your kids’ carbon emissions go on your ledger — if you have the kid, you’re responsible for the emissions.

Or is it that my parents’ parents are responsible for their emissions and mine? If we want to account like that, then we can lay global warming at the feet of the postwar generation. They had too much sex and created too many dang baby boomers.

Point is, it’s a kind of category error to compare not having a kid to these other actions. Unlike the others, it is a counterfactual. It would be like saying the best way to eat less is to not have a kid — you will thereby have avoided eating an entire lifetime’s worth of food.

I guess if I take this seriously, even though I have two kids, I can balance my carbon ledger by not having a third or a fourth kid. Maybe I won’t have a fifth or sixth either. I won’t have 10 more kids. I’ve just avoided 600 tons of carbon. I’m a hero!

Anyway. There is no reasonable system of carbon accounting that attributes people’s emissions to their parents. There is a point to be made about the connection between population and emissions, but reducing it to the individual-choice frame only distorts and unnecessarily moralizes that point.

2) If you want avoided children, the developed world is the wrong place to look

But if you want to slow population growth, the way to do it is in the developing world, through family planning and educating girls. The developing world is full of women who have more children than they want to have, because they fear losing children to illness, their husbands force them to, or they need help with manual labor. Giving them greater control over their family size — by educating them and providing them with family planning services, especially contraception — is the fastest route to slowing population growth.

More generally, what reduces family size is wealth. Across the world and within the US, wealthier people choose to have fewer children. But that brings us to our third problem.

3) Not all children are created equal

By averaging out the impact of a developed-world child into one single figure, the study obscures the single most salient fact about individual carbon emissions, namely that wealthy people produce way more. That’s true not only between countries but within them as well.

This 2015 study by Oxfam illustrates the importance of inequality to carbon emissions with two important graphics.

First, the global view, which reveals that the wealthiest 10 percent of the population produces almost 50 percent of “lifestyle consumption emissions.”

It is rarely stated this way, but it is true nonetheless: Climate change is primarily being driven by the behavior of the world’s wealthy.

The same disparity holds within countries, none more so than the US:

Striking, no? This shows that the top 10 percent of the wealthiest people in China emit less carbon per person than people on the bottom half of the US wealth distribution — again, inequality between countries — but it also shows that the top 10 percent wealthiest in the US emit more than five times as much CO2 per person as those on the lower half of the income scale.

So wealthy people in the US produce 10 times more per capita emissions than the wealthy in China. That is pretty mind-boggling.

The rich, in other words, are the ones that should be getting hassled about their choices. For most working schmoes, this kind of moralizing of lifestyle is as pointless as it is off-putting.

If you want to reduce your personal carbon emissions, godspeed. It’s not that big a mystery how to do it: Fly less, drive less, and eat less meat. (And choose not to have a kid if you like, though not having a kid for that particular reason strikes me as sad.)

But if some earnest Gen X climate activist cancels the family vacation to see the grandparents over carbon guilt, the Earth is not going to give a damn. What will matter is if a business executive decides to fly back and forth from New York to London once a week instead of twice, or once a month instead of weekly. And it will only matter if all the wealthy travelers make the same decision, consistently, over time.

The obvious and most direct approach to addressing the role of individual choices in climate change is to tax the consumptive choices of the wealthy. For now, and for the foreseeable future, carbon emissions rise with wealth. Redistributing wealth down the income scale, ceteris paribus, reduces lifestyle emissions.

Discussing the role of individual choices in climate change without discussing income inequality is a mug’s game. It smears the responsibility evenly over everyone, when the responsibility ought to be concentrated where the emissions are concentrated: among the wealthy. And the only way to get at the individual consumptive choices of the wealthy, in any meaningful way, is through policy.

So if you’re rich, quit flying so much. But if you’re not, the best thing you can do to reduce carbon emissions is to get involved in politics and policymaking. That’s the only frame for climate mitigation that makes sense.

To be clear — and to forestall some of the scolding that this post has made inevitable — I should say that individual choices are much more meaningful with regard to local/regional environmental problems. Every individual, by driving less, eating less meat, and producing less consumer waste, can help reduce local/regional air and water pollutants and improve local/regional ecosystems. Being frugal with resources is worthwhile regardless of climate change. Also, those choices are good for your health.

It’s not that lifestyles don’t matter. It’s that climate change is utterly different in spatial and temporal scale from other environmental problems, and it is only the wealthy whose consumptive choices produce emissions that are meaningful relative to that scale.

Climate change just doesn’t fit the old do-your-part frame very well. But that frame is venerable and perfectly robust without climate change. Not everything has to be about climate.