The Biden administration has labeled Myanmar’s military takeover a “coup” 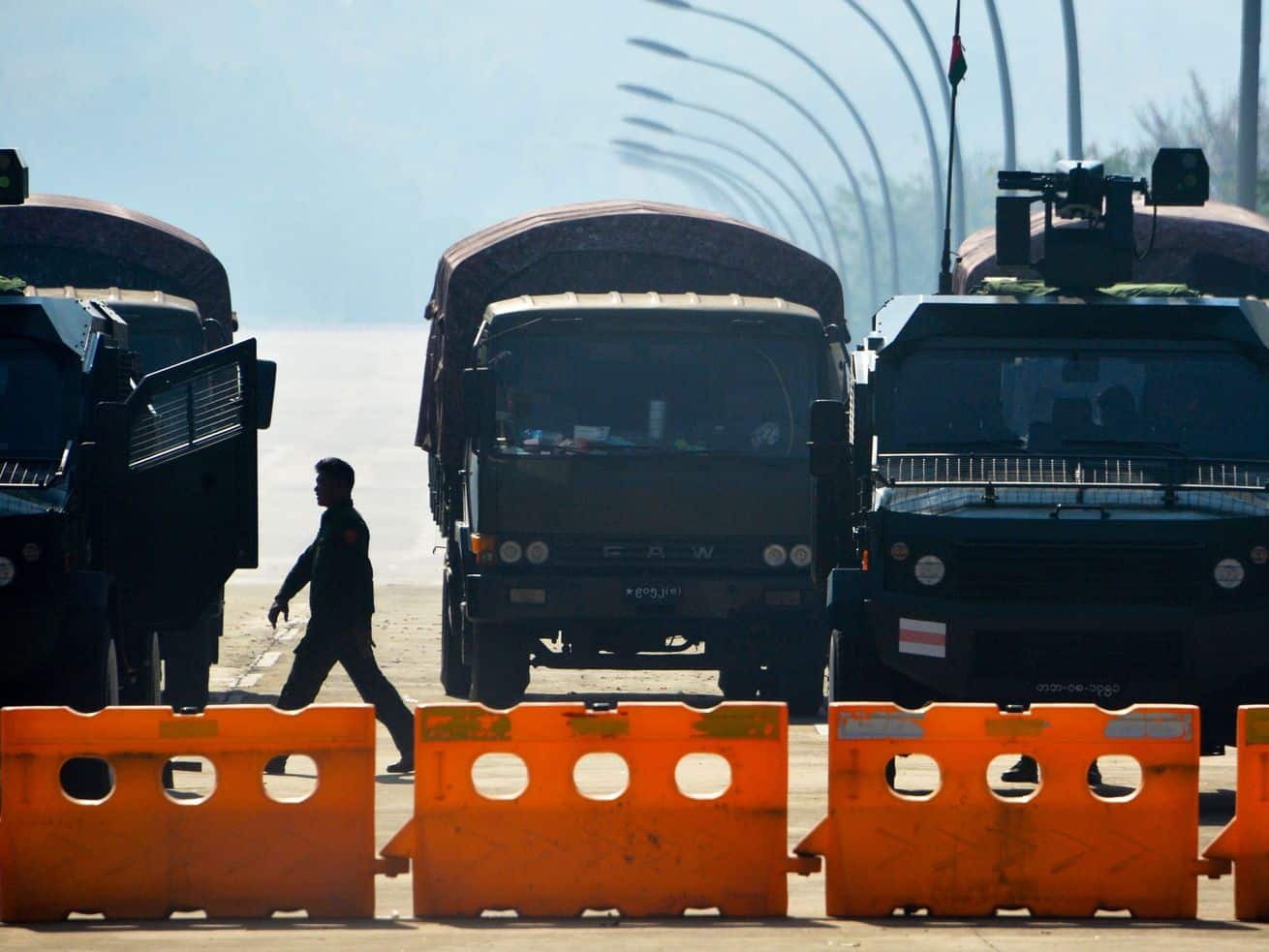 The US will now curtail foreign assistance to the government, but that won’t do much.

The Biden administration has formally declared the military takeover of Myanmar’s nominally democratic government a coup, one day after the nation’s generals arrested the country’s civilian leader and hundreds of members of her party.

As a result of the designation, the US will restrict what little aid it gives to Myanmar’s government, though even the Biden administration admits the United States provides “very little” money. Which means it’s likely, as some experts have already indicated, that any US efforts to punish the junta won’t pack a big punch.

Still, the US will continue to support civil society groups and the nation’s most vulnerable. State Department officials didn’t go into detail during a Tuesday call with reporters, but a fact sheet from the US Agency for International Development shows the US gives millions in humanitarian assistance and food security. And the administration will review whether or not to reimpose economic sanctions on the country that had been lifted in 2016 following Myanmar’s promising moves toward democracy.

“We will take action against those responsible, including through a careful review of our current sanctions posture, as it relates to Burma’s military leaders and companies associated with them,” a State Department official told reporters on a conference call Tuesday, using the country’s former name. “Most importantly, we will continue to stand with the people of Burma.”

The administration’s move ramps up tensions with Myanmar’s military.

The military then announced on its television station that it would remain in power for one year, with ultimate authority resting with Senior Gen. Min Aung Hlaing. It’s unclear what will happen after 12 months, though some suspect the military will stay in charge beyond that.

President Joe Biden on Monday indicated the US would respond promptly. “The United States removed sanctions on Burma over the past decade based on progress toward democracy,” he said. “The reversal of that progress will necessitate an immediate review of our sanction laws and authorities, followed by appropriate action.”

That review is over, and what Biden deemed “appropriate action” has been decided, at least for now. But this all makes one depressing conclusion clear: America’s decades-long effort to nurture democracy in Myanmar is back to square one.

“Transitions to democracy from a military regime are very, very difficult”

Myanmar has toggled between military and civilian leadership since 1948, though the Tatmadaw, as the country’s armed forces are formally known, has remained the most powerful institution the entire time. The US and other nations thus placed sanctions on Myanmar for decades, hoping those punishments would compel the generals to enact pro-democracy reforms and stop abusing human rights.

They worked, at least for a time. Suu Kyi, under house arrest since 1989 for leading a pro-democracy movement against the military, was finally released in 2010. Then the junta gave up some of its control in 2011 and governed alongside Suu Kyi’s NLD.

That arrangement was quasi-democratic at best: The nation’s 2008 military-drafted constitution gave the Tatmadaw at least 25 percent of the seats in the legislature, no matter what. That was crucial, because no amendments to the new constitution could be passed without over 75 percent of lawmakers voting for them.

The armed forces, in effect, could veto any attempts to change the game. That gave Myanmar’s government a window dressing of democracy — the party in power could run the day-to-day aspects of domestic and foreign policy — while never actually threatening the Tatmadaw’s hold on power.

But then the NLD grew increasingly popular, trouncing the military’s political arm during the 2015 and 2020 legislative elections. It proved Suu Kyi and her pro-democracy party were not only popular, but also had a mandate to strip the military of its autocratic authorities. It helped that the US and other countries lifted the sanctions due to Suu Kyi’s leadership.

That in part led her to seek bolder reforms. In March 2020, for example, Suu Kyi proposed reducing the number of allocated seats for military officers in Parliament. She received majority support for the measure in the legislature — but the Tatmadaw vetoed the move.

Ultimately, Suu Kyi’s growing influence and threat to the military’s hold on power led the Tatmadaw to launch a coup on Monday — hours before a new NLD-led Parliament was scheduled to sit for the first time.

Biden’s decision, then, essentially brings the whole situation back to the pre-2011 era: with the pro-democracy movement weakened and its leaders detained, and the military in full control of the country but under pressure.

It’s yet another unfortunate turn in Myanmar’s long road to democracy. “Transitions to democracy from a military regime are very, very difficult,” Amy Liu, an associate professor at the University of Texas Austin, told me on Monday, and “it’s hard to know how much longer these tensions will go on for.”

Fact check: Trump tweets that Biden is trying to “STEAL the election.” Yeah ... no.
Andrew Cuomo has a plan to start reopening New York — eventually
Asian American voters could decide the Georgia Senate runoffs
“The stakes are life and death”: Addiction treatment’s Covid-19 challenge
How Broadway’s Jagged Little Pill tries to reinvent the jukebox musical
How DNC Chair Tom Perez plans to avoid the chaos of the GOP’s 2016 debates