The case for optimism on Covid-19, in 2 charts 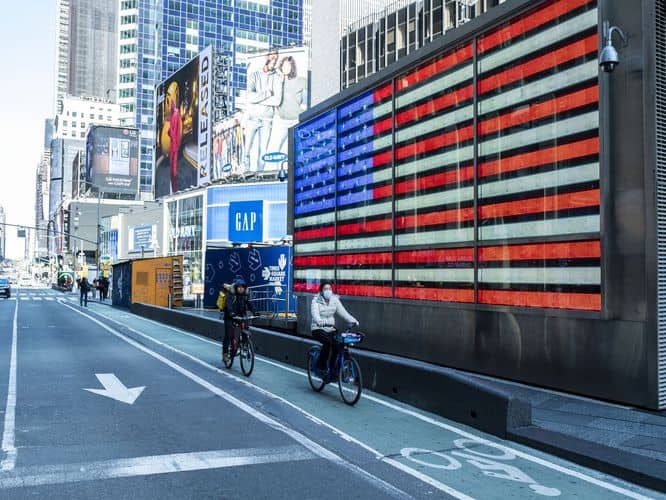 America’s Covid-19 epidemic is still a disaster. The country is averaging more than 130,000 new cases a day, and deaths are still above 3,000 daily. The vaccine rollout isn’t going as smoothly as anyone would like, and most people still don’t know when they’ll be able to get a vaccine.

But for the first time while covering the pandemic, I’m feeling just a little more optimistic this week — for two big reasons.

First, the number of daily new Covid-19 cases in the US has plummeted dramatically in the past month by an astonishing 45 percent since early January.

Second, the pace of vaccinations has continued to climb steadily over the past few weeks, quadrupling the number of shots a day in a month’s time. The current pace is still not great or even good, but it’s a big step up.

There are caveats everywhere. The number of Covid-19 cases and deaths in the US is still way too high; when controlling for population, the rates of both are still higher than that in most developed countries. The vaccine rollout is still going too slowly for the pandemic to end in the summer, as many of us want; the current pace puts us on track for reaching sufficient population protection as late as 2022. New virus variants from the UK, South Africa, and Brazil could lead to a spike in infections in the US, and offer a warning for possible future mutations.

“The post-holiday drop is good and so is the increasing vaccination rate,” Saskia Popescu, an infectious disease epidemiologist at George Mason University, told me. “The concerning piece, though, is that we’re still seeing significant community transmission and a bit in the dark about how truly prevalent the new variants are.”

So things aren’t going great, but they’re getting better. In times filled with so much despair, it’s worth highlighting some of that progress.

1) Daily new Covid-19 cases have plummeted in the US

Here’s the first bit of good news: The surge of Covid-19 cases from the holiday season appears to be — finally — subsiding. According to Our World in Data, the US peaked at nearly 250,000 cases a day, based on a weekly rolling average, on January 8. Less than a month later, daily new cases are below 140,000 a day.

That amounts to a roughly 45 percent drop in just a few weeks.

This is likely a result of the country collectively responding to the holiday season surge, whether it’s new restrictions imposed by state and local governments over the past few months or the general public boosting adherence to precautions like masking and social distancing (especially now that Thanksgiving, Christmas, and New Year’s Eve are over). Growing immunity to the virus, whether through getting sick or vaccinated, may be playing a role too.

By no stretch of the imagination should the drop in cases be taken to mean that the surge is completely over and the US can now relax. America’s reported caseload is still above what it was at any point in the pandemic before the fall. The death toll hasn’t come down much yet, likely because there’s a lag period between infection, serious illness, and death.

Any relaxation now, whether in government restrictions or public adherence, would likely result in another surge. There is still a lot of virus out there, ready to jump from person to person if given the opportunity. That’s especially true now as new, more infectious coronavirus variants await — putting us at risk of an even bigger surge than the one we saw during the holiday season if we ease up.

2) The vaccine campaign is improving

The other bit of good news is America’s vaccine campaign has picked up pace and seems likely to continue doing so in the next few weeks and months.

At the start of January, the US was delivering around 300,000 shots a day. The country has since more than quadrupled that — with the US now above 1.3 million shots a day.

There’s good reason to think this will speed up in the coming weeks. President Joe Biden’s administration, state and local governments, and various parts of the medical system are working to ramp up production and distribution of vaccines. Upcoming vaccine candidates could also make the delivery and administration of vaccines easier and faster; for example, Johnson & Johnson’s vaccine, which data suggests is effective, requires just one shot to administer, while the currently approved vaccines from Moderna and Pfizer each require two shots given weeks apart.

Still, there are some reasons to temper the optimism.

Perhaps most importantly, the current pace of vaccination means the country won’t reach sufficient population protection or herd immunity — estimated at 70 to 80 percent — until the fall, winter, or even 2022. And even that’s dependent on a vaccine getting approved for kids, which isn’t a sure thing yet. If vaccinations don’t pick up to 2 million or 3 million shots a day, the US won’t get that summer end to Covid-19 that many public officials have promised.

There’s also the question of whether vaccines stop transmission. Right now, the evidence shows vaccines prevent serious illness and death, but whether that translates to preventing the spread of the coronavirus is unknown. That doesn’t mean the vaccines don’t protect against transmission, it means it’s unclear whether they do or not. This could dictate just how good of a job the vaccines do at protecting the broader community above and beyond the person who gets the vaccine.

And we still don’t know how long the vaccines’ protection lasts. It could be months, years, or permanent. The situation is complicated by the rise of variants, which might eventually evolve to overcome a vaccine (though that doesn’t seem true for the current variants). Depending on the answer, the US may require regular vaccine campaigns against the coronavirus in the future, similar to the flu.

All of that is to say that there is still a lot of work to be done, both in administering shots and learning how effective the vaccines are, before the country can truly return to normal.

To put it another way: The fact we can now see some sort of finish line, between the drop in cases and vaccinations, makes it all the more important that the country sticks to masking, social distancing, and all the other recommended precautions against Covid-19 — to make sure more people can make it through that finish line alive and well.

But, if nothing else, at least the finish line seems a bit nearer now.

Twitter told its 5,000 employees to work from home because of the coronavirus
Body cams show police killing Javier Ambler while filming an A&E television show
The drama over when Pelosi will send Trump’s impeachment articles to the Senate, explained
Democratic primary polls are showing a 3-way race going into the third debate
How all 50 state capitals are preparing for possible insurrections of their own
Vox Sentences: On Iran, a resolute House