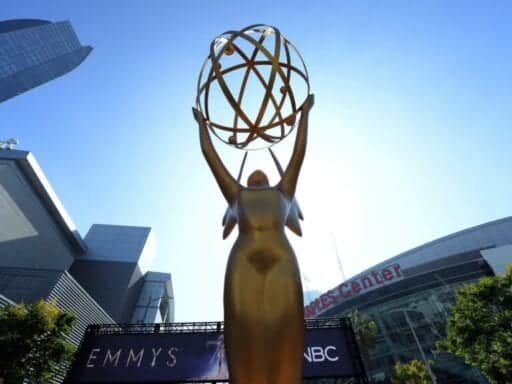 The Handmaid’s Tale, Game of Thrones, SNL, and Westworld lead the pack.

The 2018 Emmy Awards have arrived. The 70th annual Primetime Emmy Awards will air on Monday, September 17, honoring the greatest television achievements of the past year.

The major awards are divided into separate categories for comedy and drama. On the drama side, the 2018 nominations include 20 nods for 2017’s big winner, The Handmaid’s Tale. As a freshman series, the grim, dystopian adaptation of Margaret Atwood’s novel took home several awards, including Outstanding Writing in a Drama Series and Outstanding Drama Series. Additionally, the Outstanding Lead Actress in a Drama Series prize went to series star Elisabeth Moss, who won an Emmy for the first time after seven prior nominations.

In 2018, The Handmaid’s Tale is once again in the running for Outstanding Drama Series, alongside the 2016 winner, Game of Thrones, as well as Westworld, The Crown, This Is Us, Stranger Things, and The Americans.

Overall, the most nominated dramas are Game of Thrones and Westworld, which have 22 and 21 nominations, respectively, when the awards’ technical categories are considered. Game of Thrones is newly returned to the Emmys race: After winning Outstanding Drama Series in 2016, the HBO powerhouse drama was not eligible for the 2017 Emmys because its seventh season didn’t air within the eligibility period.

And while the acclaimed new series Killing Eve was overlooked in several categories, its star Sandra Oh (beloved as Grey’s Anatomy’s Cristina Yang) has made history as the first woman of Asian descent to be nominated for a Lead Actress Emmy.

On the comedy side, the nominations field is especially crowded, with eight series vying for the main prize. For the first time in years, the reigning champ Veep is missing, since the show’s final season was delayed while its star Julia Louis-Dreyfus underwent treatment for cancer.

This year, Atlanta earned repeat nominations in both categories, as well as three other nods in acting categories. The rest of the Outstanding Comedy Series nominees are HBO’s buzzy upstart Barry, the Netflix wrestling comedy GLOW, Silicon Valley, Unbreakable Kimmy Schmidt, Black-ish, and Curb Your Enthusiasm.

Here are the nominees in all the awards’ major categories. For the complete list, visit the Emmys’ website.

Lead Actress in a Limited Series or Movie

Sterling K. Brown, This Is Us

Milo Ventimiglia, This Is Us

At Home With Amy Sedaris

The Late Show with Stephen Colbert