The Connecticut governor’s race, a rare 2018 opening for Republicans, explained 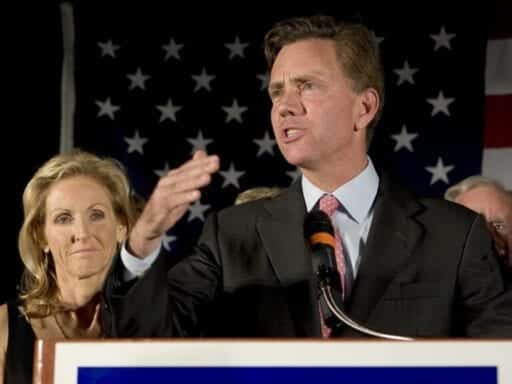 A rising “blue wave” may not be enough to cancel out disapproval of the current Democratic incumbent.

Democrats seem to have all the momentum in the 2018 midterm elections, but the Connecticut governor’s race gives Republicans one of their few opportunities to win an elected office from the other party.

Despite the state’s heavy liberal lean, voters are deeply displeased with the floundering economic policies of current Gov. Dannel Malloy, and they could take out their frustration on the Democrats running to succeed him.

Malloy took office in 2011 and promised to revitalize the state as it was still recovering from the financial crisis. Two terms later, much of what he pledged has been slow to materialize. Instead, Connecticut continues to face a roughly $2 billion deficit, even after tax hikes pushed through by Malloy and the Democratic-controlled legislature.

Malloy’s critics argue that these tax increases have not only had little effect on the deficit but have also driven businesses like General Electric out of the state. Voters seem to agree. A July 2018 Morning Consult poll found that Malloy was the second most unpopular governor in the country, with a 71 percent disapproval rating.

Democrats should have a lot of advantages in the state, if not for Malloy’s deep unpopularity. Connecticut’s Democratic voters far outnumber its Republican ones. The state’s entire congressional delegation is blue. Plus, the same anti-Trump sentiment animating Democrats across the country can be found here too.

As the Connecticut Mirror’s Mark Pazniokas wrote earlier this year, the gubernatorial fight boils down to whether the backlash against Trump will be enough to cancel out the dissatisfaction with Malloy. Connecticut also has a history of the governor’s mansion flipping sides: Voters here have a habit of voting in the other party after one party has been in power.

The Cook Political Report currently rates the race a toss-up. Before the general election this November, however, a wide field of Republicans is set to duke it out for the nomination in Tuesday’s primary election, while two Democrats will go head to head.

Ned Lamont, a business executive and recurring political candidate, has focused on his outsider bona fides and emphasized that his administration would roll back the hefty property taxes constituents currently pay and invest more in education in his bid to keep the governor’s mansion blue. “Most folks on both sides don’t think Connecticut is working,” Lamont told the New York Times.

Since he’s not currently holding a state government position, Lamont has striven to distance himself from Malloy and the baggage associated with his administration, playing up the “outsider” card as much as he can.

Calling me a “Dan Malloy enabler” is like calling Dunkin’ a “Starbucks enabler.” pic.twitter.com/PEyhrajeTc

He also leaned on this “outsider” playbook when he upset then-Sen. Joe Lieberman in the Democratic primary in 2006 and challenged the lawmaker over his support for the Iraq War. “They call Connecticut the land of steady habits,” Lamont said during his victory speech. “Tonight we voted for a big change.” Lieberman ultimately ran as an independent and won during the general election.

This time around, Lamont is up against Bridgeport Mayor Joe Ganim, a seasoned politician who’s managed a strong comeback of his own. Ganim — who had previously served as Bridgeport mayor for more than a decade — was able to win reelection to the role in 2015 following a seven-year stint in federal prison for political corruption.

As the two candidates have faced off, Ganim has sought to paint Lamont, the scion of a well-off family who’s poured hundreds of thousands of his own money into his campaign, as “out of touch” with constituents. “I don’t think he really connects with people,” Ganim said during a recent event.

The Republican pool includes a swath of business-centric candidates

Danbury Mayor Mark Boughton has secured the state’s Republican party endorsement, though he still faces a stiff challenge from multiple business leaders who argue that they can use their financial acumen to address Connecticut’s economic woes.

Those competitors include former banking executive Bob Stefanowski, former hedge fund manager David Stemerman, and tech entrepreneur Steve Obsitnik, with Stefanowski and Stemerman self-funding a hefty chunk of their campaigns. One of the key fights on the Republican side centers on the state income tax; multiple candidates have suggested that they would reduce it, while Stefanowski and Boughton argue that it should be ditched entirely.

Boughton is also running on his record as a longtime mayor who’s been an effective bipartisan leader. Much like in the broader state of Connecticut, Democratic voters in Danbury far outnumber Republican ones, yet Boughton has been elected there nine times.

If Lamont and Boughton respectively secure their nominations, it’s likely Boughton will keep hammering the kinds of attacks that Ganim has initiated.

“We are just completely different people,” Boughton told the Times. “Ned is a plutocrat from Greenwich. I’d love to have a conversation about who’s more connected to voters.”

Vox Sentences: School’s still out in Chicago
Consumerism is killing the environment. We can’t expect shoppers to fix it.
Exclusive: State Department officials warned Trump not to revoke protections for immigrants
Get ready for a second wave of economic pain
Watch: Roseanne “explains” her racist Valerie Jarrett tweet in a bizarre new video
President Trump’s new immigration proposal would be terrible for tech