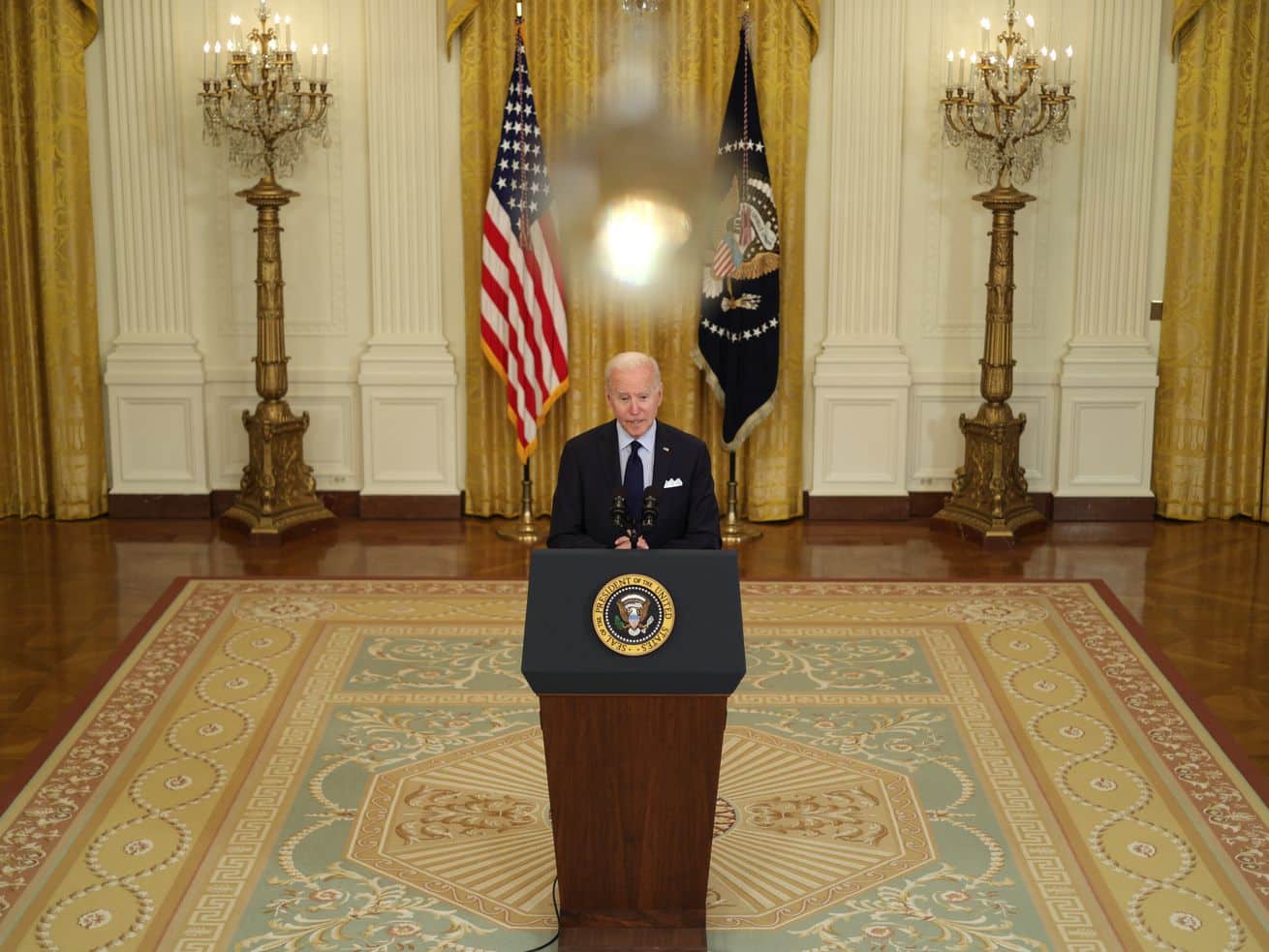 Biden’s team is considering pushing the Summit for Democracy into next year.

President Joe Biden said he would host a “Summit for Democracy” during his first year in office to demonstrate that, together, democracies can deliver for the world.

But it looks like Biden won’t even be able to deliver the meeting on time.

According to multiple US officials, the Biden administration is thinking of pushing the summit into at least 2022, citing concerns about hosting a large, in-person meeting of world leaders during a pandemic and the optics of such an event. The summit isn’t even on the president’s calendar yet, two sources said.

“We have not yet announced a date for the Summit for Democracy, and I don’t have an update to share on that front, but we look forward to convening when the time is right,” a senior administration official told me.

The summit was one of the president’s most specific foreign policy proposals. On his campaign website and in articles, Biden said he wanted the US to host dozens of nations and civil society groups to discuss fighting corruption, curbing authoritarianism, and promoting human rights. The event would “renew the spirit and shared purpose of the nations of the free world,” Biden wrote in Foreign Affairs last year.

Such a summit would serve as the capstone to Biden’s first-year theme of proving American democracy, and the democratic governments of America’s allies and partners, can deliver for the world better than autocratic regimes can.

It’s still possible that Biden and his team will organize the meeting, even if virtually, by the end of the president’s first year as promised. But some people I spoke with said it was prudent to consider a delay. “It’s better to do it right than do it hastily,” Rep. Ami Bera (D-CA), a member of the House Foreign Affairs Committee, told me.

The fact that Biden has to even consider postponing the summit shows how the coronavirus is complicating Biden’s pro-democracy agenda — one that he considers a top priority of his presidency.

Biden wants his presidency to be the democracy presidency

During his first address to Congress last month, Biden made clear that the beating heart of his presidency is demonstrating the effectiveness of democracy both at home and abroad.

That’s partly why Biden has proposed trillions for jobs, infrastructure, and welfare reform to boost the US economy; worked to strengthen alliances; pushed back on aggressions from regimes in Myanmar, Russia, and China; and ramped up efforts to help curb the coronavirus in hotspots like India.

These and other efforts are meant to show, as Biden and his allies like to say, that America is back. “We need to add meaning back to the American handshake,” said Rep. Andy Kim (D-NJ), a Foreign Affairs Committee member and former Obama administration official.

The problem for Biden is that the coronavirus continues to challenge governments around the world — democracies included.

Millions of Americans still aren’t fully vaccinated, either because they are hesitant, unenthusiastic, lack access, or have other priorities. That won’t help the US economy rebound as quickly as possible, experts say, which could dampen perceptions of America’s recovery and standing worldwide.

And growing, devastating coronavirus outbreaks like the one in India won’t help, either. As foreign governments focus on quashing their health crises (and are asking the US for help), they have less time to work with the US on advancing a global democratic movement. Indeed, it’d be a bad look for Indian Prime Minister Narendra Modi — the leader of the world’s largest democracy — to come to Washington for a summit while thousands of his citizens are dying of the virus.

Biden, then, still has a lot to do to prove democracies can deliver. Getting a summit on the books may be the least of his worries.

These laws were meant to protect people from HIV. They’ve only increased stigma and abuse.
Top North Korean official in trouble for failed Trump summit reappears in public
Robert Mueller was never going to end Donald Trump’s presidency
Hurricane Dorian is a dangerous Category 4 hurricane — and heading toward the Bahamas and Southeast ...
Americans don’t think like citizens. They think like shoppers.
Herd immunity, explained