The coronavirus outbreak is now a global health emergency, WHO says 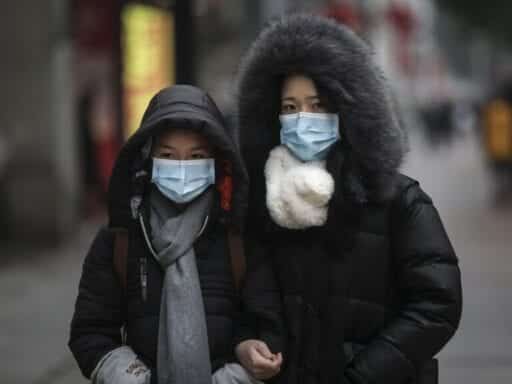 Share
Loading...
A family wears masks while walking in the street on January 22, 2020, in Wuhan, Hubei province, China. | Getty Images

With more than 8,000 cases in at least 20 countries, the agency called for a coordinated international response.

The World Health Organization has declared the outbreak of the new coronavirus rapidly spreading quickly across China a global health emergency — a rare designation the agency gives disease threats that pose an international risk.

The decision Thursday came as the number of people diagnosed with the 2019-nCoV virus had skyrocketed to more than 8,200, surpassing the SARS case toll. There are also now people in at least 19 other countries with the virus.

“Over the past few weeks we have witnessed the emergence of a previously unknown pathogen which has escalated into an unprecedented outbreak and which has been met by an unprecedented response,” WHO’s director general, Tedros Adhanom Ghebreyesus, said.

.@WHO is working closely with all countries to control the new #coronavirus outbreak. Person-to-person transmission has been seen in at least 3 countries outside #China – Japan , Vietnam & Germany – and the cooperation and info-sharing has been very good.

But since then, the situation has changed dramatically, and there’s now evidence of person-to-person spread of the virus happening outside China, including in the US.

Formally, a PHEIC — pronounced “fake” — is defined as “an extraordinary event which is determined to constitute a public health risk to other States through the international spread of disease and to potentially require a coordinated international response.”

In reality, it’s a political tool the WHO can use to draw attention to a serious disease that has caught the world off guard and put people’s health in danger. It’s meant to engage the global community in a coordinated outbreak response, galvanize resources, and stop the disease from spreading further across borders.

Before today, the WHO had only declared a public health emergency five times since the International Health Regulations, which govern global health emergency responses, were enacted in 2007.

Several global health experts have been calling for the WHO to reconsider its decision about the novel coronavirus since last week. “It’s long overdue, and it should have happened Monday,” Devi Sridhar, professor and chair of Global Public Health at the University of Edinburgh, told Vox.

“This is an international emergency,” said Tom Frieden, the former director of the US Centers for Disease Control and Prevention. “A PHEIC allows [the WHO] to further lean into the role of global leadership for governments and the private sector.”

The outbreak was first reported to the WHO by Chinese officials a month ago, on December 31. It appears to have originated in Wuhan, a city of 11 million in Hubei province. At that point, cases centered on Wuhan’s Huanan South China Seafood Market and the leading hypothesis was that the virus was spreading directly from animals to humans there.

Today, the outbreak has spread beyond that — and around the world. Sridhar pointed out that one of the reasons the WHO pauses before triggering a PHEIC is because of the economic fallout international attention on a disease threat can bring.

According to Reuters, the global economic losses from the 2003 SARS outbreak totaled $40 billion, and the world’s gross domestic product “suffered a 0.1% hit due to the outbreak.”

But in the past week, countries have sealed their borders to China, issued travel advisories, and started repatriating citizens. Australia took the extraordinary measure of sending returning citizens from Wuhan, the center of China’s outbreak, to a remote island 1,200 miles off the coast of the mainland. Meanwhile, numerous airlines — including British Airways — announced they would suspend travel to the country.

“Right now we need some guidance,” Sridhar added. “Everyone has been waiting for the WHO. The world is moving on with or without the WHO.”

The outbreak is still centered on mainland China

At the same time, it’s important to remember the outbreak is still heavily centered on mainland China. Of the 8,235 confirmed cases, 8,124 have been found in mainland China — and more than half of those in Hubei province.

There’s also a lot to learn about 2019-nCoV, including how deadly it is. In humans, coronaviruses can lead to symptoms that range from the common cold to severe pneumonia and death in the case of SARS and MERS. It’s not yet clear where 2019-nCoV falls on that spectrum, and it’ll be weeks before researchers have a clearer picture. But we do know that in addition to the 171 deaths the virus has caused, there have been many reports of people with very mild symptoms. There’s also evidence of asymptomatic cases.

It’s possible that as we learn more, 2019-nCoV will look more like the common cold than like SARS. That’s because infectious diseases typically look more severe when they’re first discovered, since the people showing up in hospitals tend to be the sickest. Once more of these mild or asymptomatic cases are discovered, this virus could wind up looking a lot less scary. (For more on that, see this Vox explainer.)

“We live [with] and tolerate a whole lot of respiratory viruses,” said Jennifer Nuzzo, senior scholar at the Johns Hopkins Center for Health Security, “some of which are even more transmissible than the estimates people have come out for this one — but they don’t make the headlines,” like the common cold. If the new coronavirus winds up looking less severe, “We may be moving away from containing the virus as a goal to one of minimizing its spread,” Nuzzo added.

5 questions about labor strikes that you were too embarrassed to ask
Protesters hit the streets for a second night after officers aren’t charged with killing Breonna Tay...
Can you pay someone to negate your climate pollution? Carbon offsets, explained.
People are still being punished for “Living While Black.” Now one man is taking legal action.
Tom Steyer drops out of the presidential race
Fired FBI Director James Comey considered hiding citizenship on visit to Ireland