The cost of an ad-free internet: $35 more per month 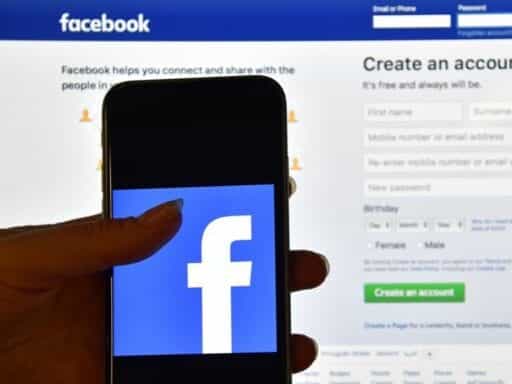 A new bill would tell you how much the ad-targeting data you give to companies like Google and Facebook is worth.

Nothing is ever free, especially on the internet.

Internet companies collect data about you — what sites you visit, what you buy, what demographic you fit into — in exchange for “free” use of their products, like Google’s Gmail and Maps or Facebook and Instagram. They use that data in part to make your experience on those platforms better, but also to target you with ads, which pays the bills and then some.

The problem is that consumers don’t usually know the extent of the data collected about them, nor do they know how exactly that data is used, where it ends up, or if it’s protected. Sometimes this data gets hacked or is used for more nefarious purposes than advertising. Google’s Chrome is basically a surveillance tool for the search giant as well as innumerable outside data firms, according to the Washington Post. Facebook is currently being sued for failing to protect the login and contact info for 30 million users. And that’s on top of the Cambridge Analytica debacle that renewed concerns about what tech companies are doing with their users’ data.

That’s why two senators from both sides of the aisle, Mark Warner (D-VA) and Josh Hawley (R-MO), pitched a bill Monday that would require companies like Facebook, Google, and Amazon to disclose how much your data is worth.

That made us think about how much of the internet — and the products and content we consume on it — are paid for by advertising, which advertisers will pay more for if it’s backed by data that tells them who they’re reaching. If tech companies didn’t have advertising, they would have less incentive to collect our data so extensively. But then they’d have to find other ways to make money, which means they’d likely charge us to use their services.

How much exactly? This is a rough calculation, but it offers a glimpse at how the internet’s biggest platforms could maybe, theoretically, function without almost completely sustaining themselves with our personal data.

US digital media owners — a company that sells advertising space or time online to advertisers, such as Facebook, Google, and publications like Vox — are expected to receive $106 billion in ad spending this year, according to ad measurement company Zenith.

Therefore, in theory, you’d have to pay $35 a month to replace the revenue internet companies get from advertising. In other words: An ad-free version of the internet as we know it would cost $35 a month, per person, if everyone was paying up.

“Many people are okay paying for one or two subscriptions that they use a lot, but they want ads to subsidize the rest,” David Pickles, co-founder and CTO of programmatic ad tech company The Trade Desk, told Recode.

Facebook would get a big chunk of that $35 — about $10 a month, based on its average ad revenue per person in the US and Canada last quarter. Google would presumably get a bigger piece, since it controls more digital ad revenue than any other company, but its business and usership is more varied, so it’s more difficult to figure out. The rest would be dispersed among other online ad behemoths, and maybe there would be some pennies left over for news publications.

Like we said, it’s unlikely that tech companies like Google and Facebook will ever shift to — or even offer — completely ad-free models, and it’s almost unimaginable that they’d ever stop collecting users’ data. But proposed legislation like Warner and Hawley’s bill is yet another sign that regulation is coming for tech companies, and at some point, they’ll likely have to reassess their reliance on our data.

Impeaching a Supreme Court justice, explained
Cory Booker on why Democrats should go bolder on gun control
The House has passed a bill to restore key parts of the Voting Rights Act
How Biden’s FCC could fix America’s internet
One Good Thing: Discovering the world’s beautiful weirdness on How To With John Wilson
Game of Thrones’ final season told flattering lies about wanting power