The Crown season 4: Is the queen a bad mom? 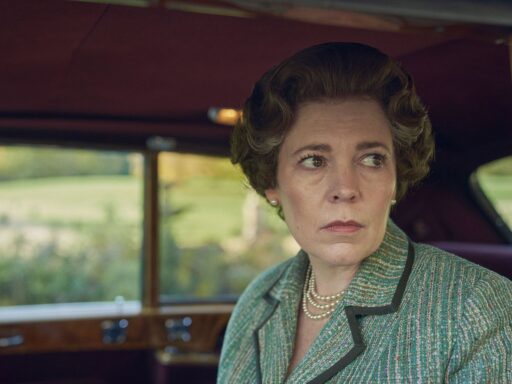 The Crown makes the case that the queen and Margaret Thatcher can’t have it all.

I can tell I’m watching a particularly good episode of Netflix’s The Crown if I’ve already pulled up Wikipedia on my phone before it’s even over.

As an American who was never taught much about British history aside from its cameos in America’s own, I learned major events like the lethal smog of 1952 and the Aberfan disaster of 1966 through watching The Crown. The show also sharpened for me the cloudy sort of things I heard people say about the royal family — that no one liked Diana, that Margaret was a partier, that the queen didn’t care for Prince Charles — but perhaps never really felt compelled to delve into. A good episode makes me want to know how much of what I’m watching really happened.

I suppose that generating an interest in what’s “really” the story is the sublime magic of this very expensive, well-executed show.

The cast and crew have maintained that the show, now in its fourth season, is fiction. No one but the royal family really knows the emotions they felt at any given moment, nor the psychological play-by-play that accompanied each of these events. But The Crown seems authentic, as authentic as any drama about the royal family that’s ever existed. The show portrays a cogent, constant effort to maintain a balance between kindness and reality, humanity and sternness. It colors, shades, and inquires between the lines of history to tell stories that feel so familiar and perhaps even nostalgic. In its fourth season, those spaces that The Crown investigates have only gotten more fascinating.

This fourth season of The Crown might be the show’s best, and that’s a big claim. Some of it is due to the actors having gotten comfortable with portraying their historical figures, and viewers having gotten comfortable with the actors’ portrayals. The fourth installment of The Crown sees actors brought in from season three to reprise their roles, and much like season two (which also had actors reprising their roles), there’s a general ease of chemistry present.

The show no longer has to function as the queen’s origin story the way it had to in earlier seasons, and instead allows her to fully come to terms with the life she’s created for herself. This chapter introduces Princess Diana and the family dynamic she throws into a tailspin, arguably the most scandalous and fascinating era in royal history. While the season prominently features Diana, however, it opens with and centers on Margaret Thatcher’s rise to power as prime minister.

Thatcher, played in all her fearsomeness by an adept Gillian Anderson, is a vexing figure for Queen Elizabeth II (Olivia Colman) because they have so much in common — mainly the criticisms that surround their wielding of power and their gender. And yet, these powerful women are aligned so disparately. Watching Thatcher’s assured assertiveness makes Elizabeth rethink her own identity and the way she’s lived her life in ways the show hasn’t been able to explore before; this is one of those rare times Elizabeth has had a woman to suitably compare and contrast herself with.

Elizabeth and Thatcher star in some of the most eye-catching storylines, but there are several standout episodes following the other characters. Among the excellence is Helena Bonham Carter in Princess Margaret’s scalding revelation in episode seven and the boiling-hot fight between Charles and Diana in the finale. But my favorite episode of this season was the fourth episode, “Favourites.”

In it, Thatcher’s son Mark goes missing during the Paris-Dakar rally in 1982 — an event that I was driven to Google mid-episode, already hungry for more information. Mark went missing for six days, which apparently caused a lot of friction for his mother because the disappearance was peppered with unpaid hotel bills and expensive alcohol tabs.

The queen is surprised when, in a private chat, Thatcher readily admits Mark is her favorite child. The Iron Lady has a brief breakdown talking about her son, and it catches the queen off guard — so much so that she has a conversation with her husband about the notion of favorite children and whether that’s a normal thing for parents to have. He assures her that it is, and whether it’s because she wants to find out or whether she just feels like she’s neglecting her duty as a mom, the queen then decides to check in with her four children.

This slightly less-flashy episode is fascinating in how it Mark’s disappearance is used as a mirror to reflect Elizabeth’s insecurities as a mother and as a ruler. It does so by tackling the season’s ongoing tension between Thatcher and the queen. They are both headstrong. They are both powerful women. And they both have attracted many skeptics and critics, largely because they are headstrong, powerful women.

Since they have these similarities, the queen seems to believe they should have a lot in common to discuss. It’s such a shock to her that her relationship with Thatcher isn’t warmer and that they don’t exactly share the same views about gender and womanhood. Thatcher’s self-assuredness makes the queen question if everything she’s been doing — personally and politically — is right.

Elizabeth realizes in talking to her kids is that she’s kind of been a not-great mother. She doesn’t know anything about her kids and needs a dossier update on each one. Her private meetings with each one make her even more worried. Edward is bullied constantly, and she had no idea. Anne is having an identity crisis, having grown up under the scrutiny of the press, and is ragingly jealous of Diana. Andrew, whom Elizabeth gets along well with, is a little too comfortable being a royal and that worries her. Charles, the heir to the throne, shocks his mother with his selfishness and hostility toward his wife, Diana.

These are sobering moments for the queen, now realizing that she may not have been the mother she thought she was being. She didn’t give her kids the life she thought she had or was going to. But Thatcher isn’t perfect either, the show tells us. The queen doesn’t know the truth about Thatcher’s relationship with her kids; if she only knew how badly Thatcher hurt her daughter, Carol, Elizabeth might have felt a little better about her parenting skills — or at least cut herself some slack for being a mother dealing with surreal circumstances.

Granted, this is all a dramatization of the complexities of the royal family. We don’t know the truth beneath the surface of the real-life queen’s relationships with her real-life children. But what The Crown is so good at in episodes like this one is using these heightened stakes to tell a very relatable story about family, parenthood, and identity.

Perhaps we viewers will never know what it’s actually like to be a neglected prince or insecure princess, but each of their stories is anchored in real human emotions of feeling unheard and isolated. There are probably many parents out there who feel like they must’ve failed in shaping their sons into more respectful men than the ones they later became — even if those sons didn’t build an entire snooty garden to brag about because they see their entire property as an extension of themselves.

The queen and Thatcher’s relationship is relatable too, despite their being women with more important responsibilities than we may ever have ourselves. We can’t help comparing ourselves to people we think we’re truly like, and struggling to find a connection with someone we admire — whether it’s a prime minister or a neighbor or a coworker — can make us question our world views, our identities, and maybe even our favorite children.

I don’t know how much literal truth there is in the story The Crown is telling about the royals, so I’ll keep busting out Wikipedia as I watch. But the season’s insights into our emotions and familial volatility, and its ways of articulating it in such reflective ways, need no added research.