The decade, in 6 minutes 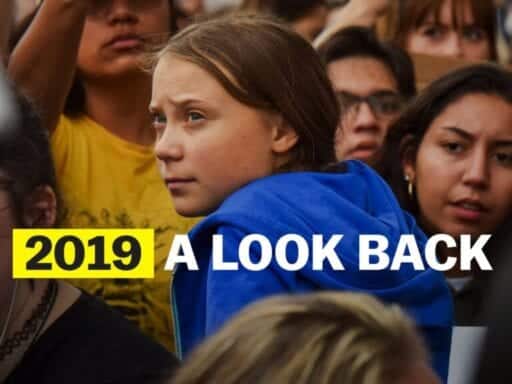 2019 was a year of emotional highs and lows. In the US, Donald Trump became the third sitting US president to be impeached by the House. This comes as Democratic presidential hopefuls are gearing up their campaigns for the 2020 general election.

One point of division between Democrats and Republicans has been border security and, in particular, the treatment of migrants in detention camps along the southern US border. Earlier this year, disagreements between the two parties over border security led to the longest government shutdown in US history.

But political division wasn’t unique to the US. This year, massive protests cropped up all over the world. In India, a controversial new citizenship law that excludes Muslims prompted protests around the country. In Hong Kong, people have taken to the streets for months, spurred by an extradition law that threatened Hong Kong’s autonomy from mainland China. And in Venezuela, individuals mobilized by opposition politician Juan Guaidó are protesting in a movement against President Nicolás Maduro.

Though the circumstances for these uprisings differ in each country, UN Secretary-General Antonio Gutiérrez noted that “there is a growing deficit of trust between people and political establishments.”

It wasn’t all doom and gloom in 2019 though. In a first for Asia, Taiwan’s parliament voted to legalize same-sex marriage. And this year marked the first time humans have captured a picture of a black hole.

To revisit these events and everything in between, check out the video above.

William Barr, Trump’s nominee for attorney general, heads to the Senate on Tuesday
Senate Republicans’ disingenuous outrage over Schiff’s “head on a pike” comment, briefly explained
The left’s gains in the 2018 Democratic primaries, explained in 3 charts
What to expect at the fourth Democratic debate
“It affects virtually nobody”: Trump erases coronavirus victims as US death toll hits 200,000
Amy Coney Barrett describes climate change as a “very contentious matter of public debate”