The Delta Aquariids meteor shower peaks this weekend. Here’s how to watch. 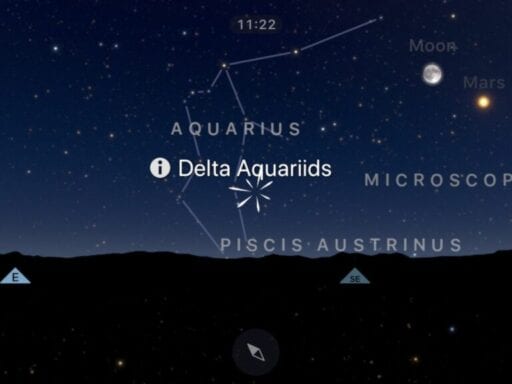 The shower might not be quite as spectacular as the Perseid meteor shower, still to come on August 11 to 13, but it will be worthwhile to stay up late Saturday and gaze toward the sky.

In any case, (unless you’re expecting clouds and rain), you’re bound to spot something cool by staring at the stars Saturday night.

The case for taking AI seriously as a threat to humanity
Who is Andrew Gillum? Meet Florida’s history-making Democratic nominee for governor.
Scientists found a seaweed patch stretching from the Gulf of Mexico to Africa
Marie Yovanovitch’s opening statement is an indictment of the State Department under Trump
Bill Gates and the 10 other tech titans with the power to shape how the US fights the coronavirus
“Kill your earnings”: Jim Cramer’s surprising take on the coronavirus crisis