The destruction of the Amazon, explained 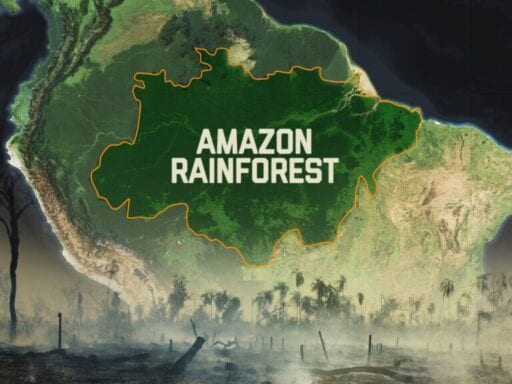 The 2019 fires were just the tip of the iceberg.

The Amazon rainforest appeared in headlines this summer as thousands of fires raged month after month. Many blamed Brazilian President Jair Bolsonaro for inspiring landowners, farmers, and ranchers to start the fires as a way to clear their lands.

The event marked a new crisis in the world’s largest rainforest. Widespread deforestation dates back decades, but since the early 2000s, the Brazilian government had the problem largely under control. They established a system that put nearly half of the Amazon under protection and worked with foreign countries and large corporations to reduce the forces that incentivized people to cut down the rainforest.

But by 2013, Brazil’s agricultural industry was the driving force behind the country’s economy and wielded significant influence with the government. The conservation plan started to unravel, culminating in the election of Bolsonaro, who believes Brazil’s environmental laws are holding back the economy. Now, the deforestation rate is the highest it’s been in a decade.

For the full story, watch the video above. It’s part of a three-part Vox Atlas series on the Amazon.

You can find all of Vox’s Atlas series on YouTube. And if you’re interested in supporting our video journalism, you can become a member of the Vox Video Lab on YouTube.

Worker angst is spreading around the globe. This pilots’ strike is the latest example.
Affordable housing is disappearing. So cities are designating parking lots to sleep in.
“Leave no vacancy behind”: Mitch McConnell remains laser-focused on judges amid coronavirus
Social media is making a bad political situation worse
You don’t have to love Star Wars to dig The Mandalorian
How Fox News is playing fast and loose with American lives, illustrated by one Dr. Oz clip