The election is close, but Biden’s prospects look better than Trump’s 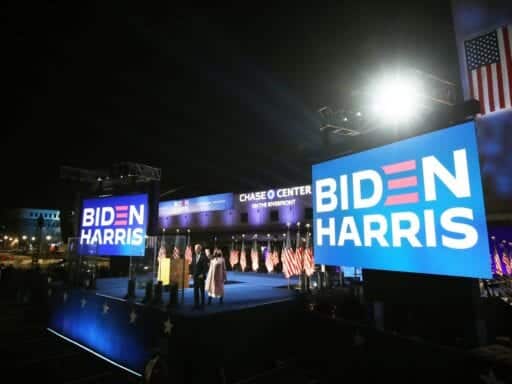 Trump still could win, but Biden appears to have the edge.

Votes in the presidential election are still being counted, and it’s still possible for the race to go either way. However, there are encouraging signs for former Vice President Joe Biden in the states that have not yet been called.

It’s pretty simple: Biden has already taken the lead in Michigan and Wisconsin, and he is expected to take the lead in Pennsylvania as well, as more mail ballots are counted. Those three states would be enough for Biden to top the 270 electoral votes needed to win, even if he loses every other state that has not yet been called.

Apart from the trio of key swing states, there are four other important states that have not yet been called — Georgia and North Carolina in the Southeast, and Nevada and Arizona in the West. Some combination of those states could become a backup plan of sorts for Biden, if he doesn’t end up winning Pennsylvania.

As far as Trump’s path to victory, Pennsylvania is looking increasingly crucial. Unless Michigan or Wisconsin swings back toward the president, Trump really has no other option than to win the state.

Michigan, Wisconsin, and Pennsylvania would be enough for Biden

Trump won the presidential election in 2016 because he managed to win the traditionally Democratic states of Michigan, Wisconsin, and Pennsylvania, each by less than 1 percentage point.

And he will lose this presidential election if he doesn’t manage to win at least one of those states again — the most important of which, due to its large number of electoral votes, is Pennsylvania.

It’s been known for weeks, though, that all three of these states would be rather slow to count an unprecedented number of mail ballots due to the Covid-19 pandemic — and that those ballots will favor Biden, since Democrats were more likely to vote by mail than in-person on Election Day.

As of Wednesday morning, Wisconsin appears to be the furthest along in its vote count — the New York Times estimates that 97 percent of the vote total has been counted. Biden currently leads by a little less than 1 percentage point, but the remaining ballots are expected to expand that lead.

Next is Michigan, with the Times estimating that 90 percent of the vote is counted there. Biden currently leads by a mere 0.2 percentage points, but there are many votes yet to be counted in Democratic strongholds.

Finally, there is Pennsylvania, which has been the slowest to count votes among the three states — it’s only about 76 percent done, per the Times. Trump has not yet lost his lead, due to his strength in in-person Election Day voting, in the state. But the Times’ Nate Cohn writes that “the remaining vote in Pennsylvania appears to be overwhelmingly for Biden.” That includes both the remaining mail ballots, and some in-person ballots in Philadelphia.

These states haven’t yet been called for a reason — they’re close. But Biden currently looks like he has a good shot of winning all three, which would give him the presidency.

If Biden holds on to Michigan, Wisconsin, and Pennsylvania, he technically doesn’t need any more uncalled states. But winning elsewhere, rather than depending on one close state, could help limit Trump’s prospects of trying to flip the outcome in a knock-down, drag-out legal brawl.

If Biden ends up losing Pennsylvania (or Michigan or Wisconsin), he’ll have to make up that ground elsewhere.

One possible path to 270 electoral votes for Biden without Pennsylvania is through winning both Arizona and Nevada. Biden currently leads in the two states, but by a very small margin in Nevada. (Nevada’s secretary of state says their next batch of results won’t be released until Thursday morning.) Meanwhile, some networks have already called Arizona for Biden, but Vox’s partner Decision Desk is being more cautious here. It’s fair to say though that Biden seems favored in Arizona at this point, which is bad news for Trump.

Beyond that, there are two more key uncalled swing states in the Southeast — Georgia and North Carolina. Trump is currently leading in both states by about 2 percentage points, but those margins will shift as more votes are counted. In Georgia, in particular, there are many votes yet to be counted in the Atlanta area, which is expected to heavily favor Biden. Again, Biden may not need either of these states — but Trump likely can’t afford to lose either one.

Overall, a range of outcomes is plausible — from an Electoral College win of 300+ electoral votes for Biden, to a much closer win for Biden, to a win for Trump. But given what we think we know about the remaining votes to be counted in each state, Biden’s chances look better than Trump’s at this point.

Live results for California’s ballot measure on restoring affirmative action
Facebook is the latest major tech company to let people work from home forever
The profound gay love stories of The Old Guard and Song of Achilles
Building housing — lots of it — will lay the foundation for a new future
Larry Ellison is doing an unthinkable thing for a tech titan: Hosting a fundraiser for Donald Trump
The Supreme Court handed down a unanimous decision that bodes ill for the future of civil rights