The enormous advantage that the Electoral College gives Republicans, in one chart 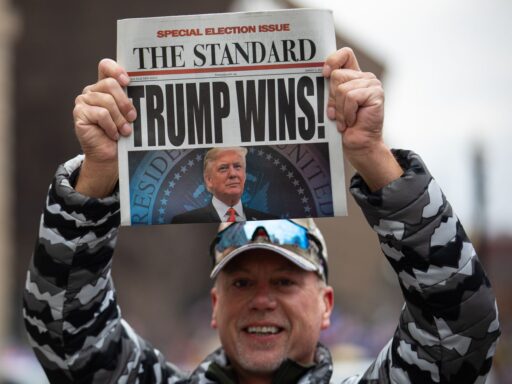 The GOP’s Electoral College advantage grew in 2020, even as Republicans lost the presidency.

In 2019, a team of economic researchers from the University of Texas released a shocking finding. Republicans, they predicted, would win nearly one in six presidential races where the GOP lost the popular vote by three points. Thus, there was a significant likelihood that Republicans would capture the White House even when a clear majority of the public preferred to elect a Democrat.

As it turns out, this 2019 study wasn’t nearly pessimistic enough about the Democratic Party’s chances of prevailing in the Electoral College.

On Sunday, David Shor, one of the Democratic Party’s leading data analysts, shared a chart showing that the GOP’s advantage in the Electoral College grew significantly between 2016, when Republican Donald Trump became president despite losing the popular vote, and 2020.

One underrated thing about the 2020 election is that the partisan bias of the electoral college, already at it’s largest point in nearly a century, got substantially larger.

Democrats now need 52% of the vote in order to have a 50/50 chance of winning the presidency. pic.twitter.com/wTWIbxOGxS

The bottom line is that Trump received a four-point boost from the Electoral College in 2020 — or, as Shor puts it, Democrats needed to win 52 percent of the national electorate in order to have an even chance of winning the presidency. (Trump received about a three-point boost from the Electoral College in 2016, when he lost the national popular vote by 2.1 points.)

As recently as 2012, the Electoral College gave a slight advantage to Democrats. As Shor writes, “this big change in bias happened because white voters without a college degree *in large midwestern states* switched their votes en-masse from Obama to Trump in 2016.”

In 2012, President Barack Obama won the national popular vote by just under 4 percentage points. But he overperformed his national margins in midwestern swing states like Wisconsin, Michigan, and Pennsylvania. Obama won Michigan by nearly 10 points.

In 2020, by contrast, Democratic President-elect Joe Biden defeated Trump by a larger margin than Obama’s victory in 2012 — Biden won the national popular vote by 4.5 percentage points. But Biden also underperformed his national margin in Wisconsin, Michigan, and Pennsylvania. Biden won Wisconsin by less than a full percentage point.

Indeed, while Biden won a commanding victory in the national popular vote — his 4.5 percentage point victory is the second-largest margin in a 21st-century presidential contest — Biden barely eked out a victory in the Electoral College.

Nearly 160 million voters cast a ballot in the 2020 presidential election, but if a total of 43,000 Biden voters had stayed at home in the states of Georgia, Arizona, and Wisconsin, Trump would have won a second term.

How the new Covid-19 variants could pose a threat to vaccination
These laws were meant to protect people from HIV. They’ve only increased stigma and abuse.
The biggest challenge to America’s coronavirus response? Trump.
Vox Sentences: “Terrified” in Yemen
Progressive Black candidates swept key races on Tuesday
John Cornyn becomes the latest Senate Republican to ramp up criticism of Trump