The European Union hits Google with a $5 billion fine 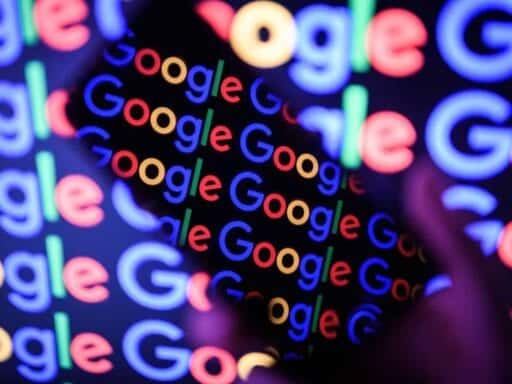 This is the second multibillion-dollar fine the EU has handed the company in just over a year.

The European Union hit Google with a $5 billion fine on Wednesday for breaking antitrust laws by pushing device makers using its Android operating system to bundle other Google services on its product. This marks the second time in just over a year Europe has fined the tech giant for anticompetitive practices.

The European Commission on Wednesday said it would fine Google €4.34 billion, or about $5 million, for “illegal practices regarding Android mobile devices to strengthen dominance of Google’s search engine.” It alleges that the Mountain View, California-based company has imposed illegal restrictions on device manufacturers and mobile network operators since 2011 by forcing them to pre-install its apps and services as a bundle, including the Google Search app, the Google Chrome browser, and the Google Play Store for apps, and preventing them from selling devices running on alternative versions of Android that aren’t Google-approved. That, the commission said, unfairly pushes users into Google’s browser and search products and blocks competition from others.

The commission rejected Google’s argument that bundling its search and browsing apps with the Android operating system is necessary to monetize its investment in Android. And it said that Google made illegal payments to certain manufacturers and network operators to ensure the exclusive pre-installation of Google Search across Android devices.

“Our case is about three types of restrictions that Google has imposed on Android device manufacturers and network operators to ensure that traffic on Android devices goes to Google search engine,” Margrethe Vestager, the European commissioner for competition, said in a statement. “In this way, Google has used Android as a vehicle to cement the dominance of its search engine. These practices have denied rivals the chance to innovate and compete on the merits. They have denied European consumers the benefits of effective competition in the important mobile sphere. This is illegal under EU antitrust rules.”

Fine of €4,34 bn to @Google for 3 types of illegal restrictions on the use of Android. In this way it has cemented the dominance of its search engine. Denying rivals a chance to innovate and compete on the merits. It’s illegal under EU antitrust rules. @Google now has to stop it

Google must implement the remedies suggested by the European Commission and end the practices deemed illegal within 90 days or face penalty payments of 5 percent of its global daily revenue for each day it’s not in compliance.

The conversation about big tech has picked up in the United States in recent months in the wake of Facebook’s Cambridge Analytica scandal and renewed attention on whether tech giants such as Facebook, Twitter, and Google have been allowed to grow too big and too fast unchecked. But historically, it’s been Europe that has often taken the lead on addressing big tech and the antitrust and privacy issues that go with it.

A European court in May 2014 ordered Google and other search engines operating in Europe to allow individuals the “right to be forgotten,” letting them ask sites to delist certain search results relating to their name. In mid-2017, the European Commission hit Google with a $2.7 billion fine for unfairly favoring its own service over those of its rivals. It has also gone after Facebook, Intel, and Microsoft for antitrust violations.

In May, the EU enacted the General Data Protection Regulation or GDPR, a new privacy law to make sure users know and understand the data companies collect about them and consent to sharing it.

Google is still appealing the $2.7 billion 2017 fine and said it would appeal Wednesday’s decision and $5 billion fine as well. “Android has created more choice for everyone, not less,” a Google spokesperson said in an emailed statement. “A vibrant ecosystem, rapid innovation and lower prices are classic hallmarks of robust competition.”

The rise and fall of the Hummer, America’s most needlessly masculine vehicle
Why the Johnson & Johnson vaccine pause was the right move
A key FDA vaccine committee declined to vote on a Covid-19 vaccine
As Covid-19 cases rise, South Korea raises virus threat level to its maximum
Federal employees are now guaranteed back pay after the shutdown is over
The Trump administration will start sending migrants back to Guatemala under a new rule

The backlash against In the Heights, explained

Lina Khan will be chair of the Federal Trade Commission