The exclamation point is a loaded punctuation mark! Here’s why. 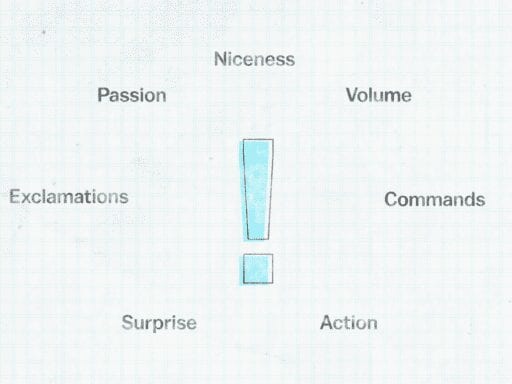 In this week’s episode of our Netflix show, Explained, we tackle the nuance of our most divisive sentence ender.

Every day, people around the world struggle with a seemingly trivial decision: whether or not to use an exclamation point.

If you don’t use one, you might seem mean (especially if you’re a woman). If you use too many, you can sound overexcited, like you’re shouting, or unprofessional. Whether you’re emailing your boss or texting your significant other, punctuation matters.

So what is a person to do when you want to be friendly, but not too friendly; not too serious, but not unprofessional either? Humans have landed on the moon, but we only have three ways to end a sentence. Why?

Vox tackled this question in this week’s of our new Netflix show, Explained. We’ll have new episodes every Wednesday on topics ranging from cryptocurrency to the racial wealth gap to cricket and more. If you like our videos, then you’ll love this show; it’s our most ambitious video project to date.

Why are people using so many exclamation points? (Julie Beck, the Atlantic)

Should you use an exclamation mark? Probably not! (Lauren Katz, Vox)

After Years Of Restraint, A Linguist Says ‘Yes!’ To The Exclamation Point (an essay by Geoff Nunberg, who we interviewed for this episode, for NPR)

Making Beowulf Scream: Exclamation and the Punctuation of Old English Poetry (by Eric Weiskott, who we interviewed for this episode)

It’s time to embrace the exclamation point (!) (Julia Carpenter spoke with Deborah Tannen, who we also interviewed for this episode, for a piece from CNN Money)

You Call that a Punctuation Mark?! The Interrobang Celebrates its 50th Birthday (Nora Maynard interviews Penny Speckter — the wife of the interrobang inventor — for the Millions.)

Why “fake news” is an antitrust problem
Hong Kong protests continue for a 10th week in face of Beijing’s threats
A coronavirus reading guide for the perplexed, the anxious, and the obsessive
Sanders and Buttigieg put out preliminary Iowa caucus results showing they both did well
Cuomo says he needs 30,000 ventilators to avoid massive coronavirus deaths. Trump doesn’t buy it.
America under Brett Kavanaugh