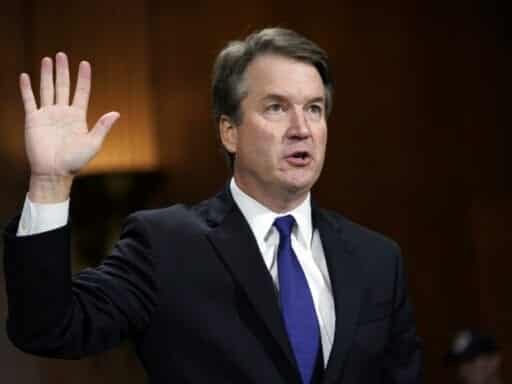 The bureau has contacted Deborah Ramirez. It’s not clear whether it plans to contact Julie Swetnick, Michael Avenatti’s client.

The FBI has reportedly reached out to Deborah Ramirez — the second woman to come forward with sexual misconduct allegations about Brett Kavanaugh — as part of its investigation into the background of the Supreme Court nominee.

Senate Republicans on Friday agreed to pause his confirmation process to allow for a one-week federal investigation into the sexual assault and misconduct claims against Kavanaugh, including those brought by Palo Alto University professor Christine Blasey Ford, who testified before the Senate Judiciary Committee this week.

The Washington Post reported on Saturday that the FBI, as part of that investigation, has reached out to Ramirez, a former classmate of Kavanaugh’s at Yale University. It’s not clear whether agents have interviewed her yet. Ramirez alleges that Kavanaugh exposed himself to her and thrust his genitals in her face while they were both drunk at a party during their freshman year of college. Her allegations were first detailed by Ronan Farrow and Jane Mayer in the New Yorker. Kavanaugh has vehemently denied her claims as well as Ford’s.

The bureau is also following up on Ford’s allegations. She claims that Kavanaugh pinned her down, tried to remove her clothes, and covered her mouth while she screamed when they were at a party and in high school in the 1980s. She alleges his friend, conservative writer Mark Judge, was also in the room when the incident occurred.

Judge was also named in the allegations brought by Julie Swetnick, a Washington, DC resident represented by outspoken lawyer Michael Avenatti. She alleges that Kavanaugh, Judge, and others targeted women with drugs and alcohol to cause them to “lose their inhibitions” so they could be “gang raped” — and says she was a victim of one of these “train” rapes. (She says that Judge and Kavanaugh were present when she was raped but does not accuse them of participating.) Kavanaugh has denied these allegations as well, saying they’re “ridiculous” and “from the Twilight Zone.”

When Republican Sen. Jeff Flake called for the FBI investigation on Friday, he limited it to exploring the “current credible allegations” against Kavanaugh. President Donald Trump opened an investigation limited to that scope. Per the Post’s report, it appears Ramirez’s claims meet that threshold.

It’s not clear whether Swetnick’s do as well. Avenatti, Swetnick’s lawyer, has pushed for the FBI to speak with his client and other witnesses he says can corroborate her story. He tweeted on Saturday that he and his client have not yet heard from the FBI.

We have yet to hear from the FBI. When and if we do, we will promptly disclose to them all information and witnesses in our possession. We continue to request this opportunity as we have been doing for days. My client is telling the truth and deserves to be heard and not shammed.

In an appearance on MSNBC’s AM Joy earlier in the day, Avenatti said that if the Senate Judiciary Committee Republicans try to “hide” his clients and witnesses and they aren’t included in the FBI investigation, he’ll keep pushing. “Then we’re going to take our case to the American public,” he said, “and we’re going to let them decide who’s telling the truth and who’s lying to them.”

Judge, Kavanaugh’s friend named by both Ford and Swetnick in their allegations, declined to testify before the Senate Judiciary Committee. He has said he has no recollection of Ford’s claims and has denied Swetnick’s. According to the Post, he has now agreed to cooperate with the FBI.

Leland Ingham Keyser, a friend of Ford’s who she says was at the party where she was allegedly assaulted, is also cooperating with the investigation. Her lawyer in a letter to the judiciary panel sent overnight Friday said that Keyser does not remember the alleged incident but does not refute Ford’s account.

The best new movie out this week is HBO’s Bad Education
BTS just landed an unprecedented spot on the Hot 100 — with virtually no radio play
I’m a Latina who went to an elite institution. Kavanaugh culture dominates.
Why the 2018 prison strike could be “one of the largest” in US history
Can a college course in moral philosophy convince people to eat less meat?
Google employees join protest at Alphabet’s shareholder meeting