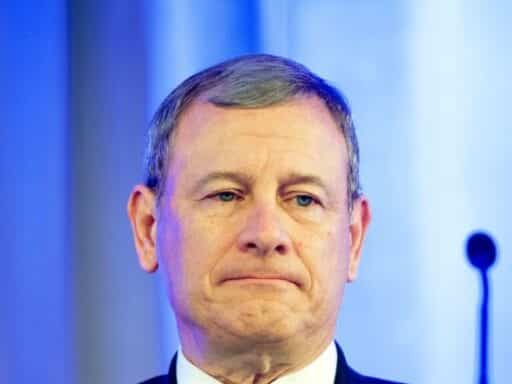 Second Amendment activists are likely to get bad news from the Supreme Court, but it won’t last long.

A highly anticipated Second Amendment case that threatened to upend a decade of precedents appears likely to go up in smoke if today’s oral arguments at the Supreme Court are anything to go by. All four members of the Court’s liberal minority appeared to believe that the court lacks jurisdiction to hear the case, and Chief Justice John Roberts asked a few questions suggesting that he is sympathetic to this view.

That won’t prevent the Supreme Court from eventually revisiting the Second Amendment, but it might have to wait for a different case to do so.

The case the Court heard, New York State Rifle & Pistol Association v. City of New York, involves a very narrow challenge to a New York City gun licensure rule that was later repealed. The city offers two kinds of licenses to gun owners. A “carry” license permits them to carry a handgun for “target practice, hunting, or self-defense,” while a “premises” license only permits gun owners to “have and possess in his dwelling” a handgun. Under a now-repealed rule, premise license holders were only allowed to bring the gun out of their home for limited purposes, including to practice shooting at seven specific gun ranges.

The plaintiffs in New York State Rifle had asked for very limited relief. They asked that gun owners who hold “premises” licenses — which allow gun owners to keep a gun in their home and also to practice shooting at seven specific gun ranges — also be allowed to bring the gun to different ranges. One plaintiff also asked to be able to transport the same gun between two homes.

Almost immediately after the Supreme Court announced last January that it would hear the case — the first major Second Amendment case to reach the Court since Justice Brett Kavanaugh’s confirmation gave the Court a solid conservative majority — New York officials tried to make it go away.

New York City changed its rules to allow people with premises licenses to do exactly what these plaintiffs wanted to do, and New York State passed its own law preventing the city from ever restoring the old legal regime.

In legal parlance, that means the case is moot. Federal courts may only decide live controversies between competing parties. And there is no live controversy here because, in Justice Sonia Sotomayor’s words, New York “has thrown in the towel.”

But the plaintiffs disagreed, and the bulk of Monday’s hour of oral arguments in New York State Rifle focused on whether the case is in fact moot. During the arguments, only Justices Samuel Alito and Neil Gorsuch appeared ready to argue that a live controversy still exists. Significantly, Roberts asked a few questions where he seemed to seek reassurance that New York won’t impose any consequences on these plaintiffs — a concession that New York was happy to make.

Thus, while nothing is certain until the Court hands down its opinion, it appears there may be five votes to make this particular case go away.

Thus, Clement argued, the law would prevent someone with such a license from making minor detours — such as to grab a cup of coffee or to go to the bathroom — while transporting their gun to a firing range. This, in Clement’s mind, constitutes a live controversy between his clients and New York, because those clients presumably might want to grab some coffee on the way to practice shooting.

This argument appeared to convince Alito and Gorsuch. Gorsuch at one point suggested that the right to stop for coffee while transporting a gun is “still being denied” to the plaintiffs, while Alito went off on a long tangent about a hypothetical person who wanted to visit their mother while traveling for a shooting competition. The New York State law, in Alito’s mind, would deny such a visit.

The problem with this argument, however, is that these particular plaintiffs never asked for the right to stop for coffee — or to visit their mothers, for that matter — until after the state enacted the law giving them the relief they originally sought.

Federal court cases typically proceed in an orderly way: Plaintiffs file a complaint in the trial court, and that complaint includes specific legal claims and asks for particular forms of relief. Those claims are litigated, and, if the Supreme Court eventually agrees to review the case, it announces what questions it will decide in that case — something known as the “question presented.”

The question presented in this case is “whether New York City’s ban on transporting a licensed, locked and unloaded handgun to a home or shooting range outside city limits is consistent with the Second Amendment, the commerce clause and the constitutional right to travel.” Notice that it makes no mention of coffee breaks, bathrooms, or mothers.

All four of the liberal justices appeared exasperated with Clement’s effort to expand the case to include the coffee hypothetical. Justice Sotomayor noted that the question of whether a trip that includes a coffee break is “continuous and uninterrupted” is a “new issue” that must be litigated in the lower courts before it is decided by the justices. Justice Stephen Breyer at one point grew so frustrated that he simply read the question presented out loud to Clement.

Alternatively, Clement argued, there may still be a live case between New York and the plaintiffs because the city could hypothetically punish the plaintiffs for their failure to comply with the now-repealed city rules.

Richard Dearing, the lawyer for the city, repeatedly and emphatically insisted that the city would not do so. And, in response to a question from Justice Elena Kagan, Dearing even promised that the city’s law department would protect the plaintiffs if a city official tried to sanction them for their past behavior.

Notably, Chief Justice Roberts seemed to think that these assurances were enough. Roberts asked Dearing whether dismissing New York State Rifle as moot would prevent the plaintiffs from bringing a new claim for new relief. He also asked Dearing for an assurance that the plaintiffs would not be prejudiced in future applications for a new gun license — an assurance Dearing gave Roberts.

These questions are a sign that Roberts believes the case is moot, and that he was looking to tie up any loose ends that could prevent his Court from reaching such a decision.

Justices Clarence Thomas and Brett Kavanaugh were silent throughout the oral argument, but their votes won’t matter if Roberts and the four liberal justices all agree that the case is moot.

While the Court looks fairly likely to dismiss New York State Rifle because the case is moot, such a decision is unlikely to delay a Supreme Court showdown over the Second Amendment for very long.

There is little doubt that a majority of the Court believes that the Second Amendment should be read aggressively to strike down a wide range of gun laws.

Shortly before his death earlier this year, retired Justice John Paul Stevens revealed that Justice Anthony Kennedy pushed his fellow conservatives to weaken a seminal 2008 decision establishing that the Second Amendment protects an individual right to bear arms. Likely due to Kennedy’s intervention, the Supreme Court’s final decision in District of Columbia v. Heller (2008) suggests that laws prohibiting “possession of firearms by felons and the mentally ill, or laws forbidding the carrying of firearms in sensitive places such as schools and government buildings, or laws imposing conditions and qualifications on the commercial sale of arms” are all valid. Heller also seemed to endorse bans on “dangerous and unusual weapons.”

But Kennedy is now retired as well, and his replacement, Justice Kavanaugh, wrote an opinion when he was a lower court judge that took a hardline view of the Second Amendment. It is very likely, in other words, that the Supreme Court will start to roll back limits on gun rights now that Kennedy is no longer around to moderate the Court’s decisions.

Meanwhile, while New York State Rifle is likely to be declared moot, there is another Second Amendment case — Rogers v. Grewal — that the Supreme Court could take up as soon as Friday. The questions presented in Rogers include “whether the Second Amendment protects the right to carry a firearm outside the home for self-defense.”

If New York State Rifle is declared moot, the Court could simply take up the Rogers case — and there’s still plenty of time for the Court to decide that case before its current term ends this June.

New York State Rifle, in other words, appears likely to end in the tiniest possible victory for gun control. The case will likely be dismissed as moot, but a Second Amendment reckoning is all but inevitable in the Supreme Court. And it’s likely to come very soon.

The US has reached a grim milestone: 100,000 coronavirus deaths
Joe Biden is the only candidate with a real shot at getting things done
Woody Allen got a book deal. Staff at his new publisher have walked out in protest.
Trump has created a loophole to allow pipelines to avoid environmental review
A whistleblower has filed a complaint about a Trump phone call with a foreign leader
True History of the Kelly Gang gives Australia’s most famous outlaw his own bloody origin story