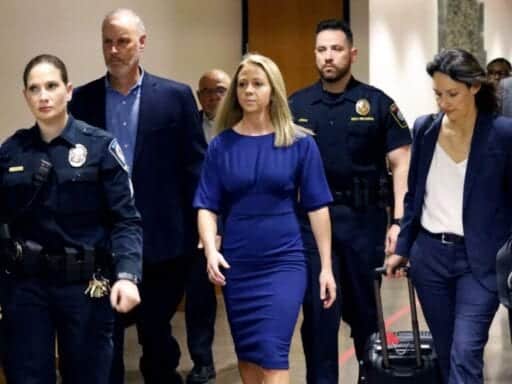 But they did little to bring clarity to whether Jean’s race may have been a factor in his killing.

The trial of former Dallas police officer Amber Guyger began Monday, with her former partner on the force and significant other taking the stand. Prosecutors questioned him about Guyger’s state of mind when she shot and killed her neighbor, 26-year-old Botham Jean, in his apartment in 2018.

The shooting has drawn national interest given it involved a police officer — who was off-duty — killing an unarmed black man in his home. Guyger was not responding to a crime, however; she told officials following the shooting she, coming home from work, mistook Jean’s apartment for her own, and shot him thinking him to be an intruder.

Given that Guyger’s apartment was on a different floor of the building she and Jean shared, some in the Dallas community rejected the explanation that Jean’s death was an accident, believing race was a factor in his killing. As civil rights lawyer Lee Merritt said in the days following the shooting as protesters took to the streets, “We’re still dealing in an America where black people are being killed in some of the most arbitrary ways: Driving while black, walking while black — and now, we have to add living while black.”

The first days of Guyger’s trial did little to shed light on questions as to how and if Jean’s race may have been a factor in his killing — but it did bring new clarity to the moments leading up to his death, including text exchanges between Guyger and her partner.

It is clear Guyger killed Jean; that is not disputed. How the jury and judge will rule largely comes down to the question of whether Guyger made a mistake — if she truly believed Jean was an intruder in her apartment.

On Monday, Dallas County prosecutors worked to build their case against Jean’s death being a simple error, telling jurors Guyger should have known she was not in her apartment, and that she made “unreasonable choices” that led to Jean’s death. Her defense team, however, argued the building’s layout makes knowing which floor one is on difficult, and that the former officer did not immediately discharge her weapon. They also told jurors Guyger had worked 40 hours over four days and was too exhausted to notice she was in the wrong apartment.

However, questioning by both sides revealed Guyger had been talking on the phone with and messaging her partner on the force, Martin Rivera, who was also a romantic partner, as she entered the building’s parking lot.

Both the prosecution and defense agreed that Rivera was a person of some import to Guyger, with defense lawyer Robert Rogers saying Monday the officer was “her rock.” Just how important, and how whether Guyger’s relationship with Rivera affected her encounter with Jean was a matter of debate, however.

Rogers claimed the former officer’s romantic relationship with Rivera was “was ramping down,” and that her conversation and messages with him were not a source of distraction — that her mind was fogged only by exhaustion.

But prosecutors entered into evidence a Snapchat message Guyger sent Rivera just before the shooting that read “Wanna touch?” and told the jury Guyger was not too tired to invite Rivera to come over once she’d arrived back home. The two sent explicit photos back and forth ahead of the planned meeting, according to prosecutors, and immediately following the shooting, Guyger texted Rivera, “Hurry I need you. I fucked up.”

Tuesday, prosecutors endeavored to make the case that Guyger was close not just to Rivera, but to other officers who responded to the shooting, and that she was given special treatment since she was on the force. They hoped to show video of Guyger being comforted by other officers and the Dallas Police Association president telling an officer to turn off a squad car’s recording device, but the jury was removed as the defense protested.

Prosecutor Jason Hermus has argued Guyger had to have known she was entering the incorrect apartment given Jean had a red doormat before his door, something her apartment lacked. He also argued she failed to follow her training. The prosecution worked to bolster this claim with a witness Tuesday, Dallas police officer Michael Lee, who said protocol demands officers who believe they are in danger are supposed to retreat and wait for backup. Lee was one of the officers who responded to the shooting.

Hermus also said ballistics show Jean was shot while he was in a defensive position, given the downward trajectory of the bullet that pierced his heart.

Rogers argued Hermus was incorrect, promising his team would show that Jean was advancing on the former officer and claiming she told him to put his hands up before firing. Rogers also pushed back against Hermus’s claim the doormat ought to have tipped his client off. He said — and prosecutors agreed — that a defective door on Jean’s apartment meant it wasn’t properly locked, which is how Guyger gained access to the space.

The trial is expected to go on for at least another two weeks, and a number of questions remain. Guyger is expected to take the stand in her own defense, and both the prosecution and defense have a number of witnesses still to call. If convicted, Guyger could face at least five — and up to 99 years — in prison. But with the prosecution focused mainly on whether Guyger knew where she was, and if she was fully aware before discharging her weapon, questions of racial bias that have spawned protests last year may go unanswered.

House Democrats will keep their majority for two more years
When ordinary people go viral, where’s the line between comedy and cruelty?
Congress should consider these 7 ideas for the next stimulus package
Michael Avenatti’s next move is unclear after Senate agrees to Kavanaugh FBI investigation
Cheap flights and discounted Broadway tickets put everyone at risk
Iran is stockpiling uranium it could use to make a nuclear bomb. But don’t panic just yet.