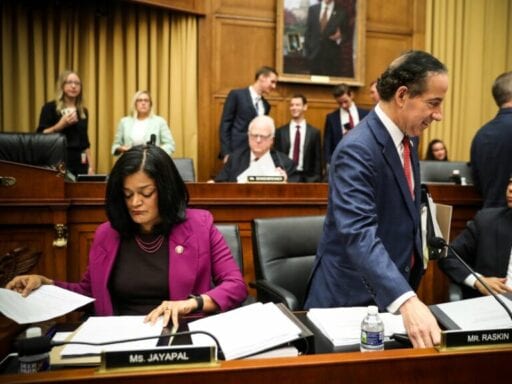 House Democrats walked into Robert Mueller’s congressional testimony with the intent to craft a compelling and damning public narrative around Russian interference in the 2016 election and President Donald Trump’s possible obstruction of justice into that investigation, with the former special counsel as their star witness.

But there was one major flaw in this strategy: Mueller himself.

What transpired was an often tedious day-long affair of referring to numerical pages in a report few in the public — let alone Congress — have read. Mueller, who from the outset said he would only refer back to the report, did only that — and often not particularly clearly, allowing Republicans’ spin to go unchecked.

Republicans left the room feeling giddy, or, as one White House aide described it to Politico, “euphoric.”

“We didn’t anticipate that Mueller would allow the mischaracterizations to go unanswered, but I don’t think that will impact the major takeaways from the hearing,” a Democratic aide with the House Judiciary Committee told Vox’s Alex Ward, saying Democrats had decided not to engage with the “conspiracy theory-driven side show” Republicans put forth.

The rationale behind Democrats’ strategy makes sense: Even before Mueller’s report was made public, Trump’s appointed attorney general, Bill Barr, said Mueller’s investigation led to “no collusion” and defended Trump against any allegations of obstruction of justice. But once the report was released, it was clear Barr’s characterization was far from the truth.

Democrats did get some very important statements from Mueller, including that the investigation did not “exonerate” Trump. And while they will admit that Mueller was tight-lipped, they don’t see any new relevance in Republicans’ spin.

“I think this Christopher Steele dossier that [Republicans] are somehow fixated on like it’s a bad date, is last year’s story,” Rep. Jackie Speier (D-CA), who sits on the Intelligence Committee, said.

Democrats didn’t pivot from their strategy, methodically walking through the details of the report, even when they were obscure. Meanwhile, Republicans pursued a line of questioning and grandstanding aimed at making Mueller look like a partisan actor intent on undermining Trump. Republicans were allowed to declare victory all the same, without any check on their narrative.

Democratic lawmakers followed a strict line of questioning. It started with Judiciary Committee Chair Jerry Nadler (D-NY), who got Mueller to clearly state that the report did not “exonerate” Trump. Then one by one, each one of the Democratic lawmakers went through the 10 times the special counsel’s office identified possible attempts at obstruction.

If Mueller’s testimony could be summed up by one of his statements it would be, “If it’s in the report, I support it” — a statement he repeated over and over again. But at times, that allowed Republicans to spin the report without Mueller’s engagement. Several times Republicans refused Mueller the time to really answer to their insinuations.

As San Francisco Chronicle’s Tal Kopan pointed out, the result was confusion. A lack of clarity about what had truth behind it and what did not.

Mueller is being very disciplined in not answering questions he said he wouldn’t answer from the outset. But sometimes it really gives the appearance of there being more there, regardless of whether that’s true.

For example, Rep. Jim Jordan (R-OH) during the House Judiciary testimony asked Mueller why Joseph Mifsud, a Maltese professor who told Trump aide George Papadopoulos he’d learned the Russians had “dirt” on Clinton in the form of “thousands of emails,” and lied to investigators, wasn’t charged, when Papadopoulos was.

Mueller maintained that he couldn’t “get into internal deliberations with regard to who would or would not be charged,” and referred back to the report. As the Washington Post’s Shane Harris pointed out, Jordan has notably left out a part of the story: that Papadopoulos’s lies made it harder to know Mifsud was lying as well.

Jordan asks Mueller why, if Mifsud lied to the FBI, he wasn’t charged. He won’t say, however, the report makes clear that because Papadopoulos had earlier lied to the FBI, it made it harder for them to know that Mifsud was lying. pic.twitter.com/h3YiTkRkyB

That was left unaddressed.

Of course this wasn’t always the case. In one notable exchange, Rep. Madeleine Dean (D-PA) pointed out that Mueller made clear that the Republican talking point that Mueller was interviewing for the FBI director job personally was not true. And it should be noted, Mueller was more engaged in the second hearing of the day — with the House Intelligence Committee — on matters of conspiracy and “collusion.” By that point however, Republicans had already declared a political victory.

“The whole thing leaves us as a deep strategic disadvantage to the Trump administration that is willing to shout these lies in the right wing echo chamber, and they have succeeded,” Rep. Jared Huffman (D-CA) told BuzzFeed.

From the outset, Republicans confused what was in the actual report. This cleared up some. But not all.

Before a redacted version of Mueller report was made public, Barr held a press conference repeating the phrase “no collusion” multiple times and defending Trump against allegations of obstruction of justice. Barr made sure to highlight the frustrated emotional state Trump was in when taking action related to the Russia investigation.

Barr’s early summation of the Mueller report is key to how Republicans in Congress have crafted their message around the investigation. The attorney general used language that made it easy for Republicans to chalk up this scandal to everything from a total nothingburger to a partisan “witch hunt.” This characterization has muddled the conclusions reached in Mueller’s investigation since.

On Wednesday, Mueller did refute some of this spin. When Rep. Kelly Armstrong (R-ND) began a line of questioning around potential conflicts of interest among Mueller’s prosecutors, Mueller pushed back.

“Can I speak for a second to the hiring practices?” Mueller responded. “We strove to hire those individuals that could do the job. I’ve been in this business for almost 25 years. And in those 25 years, I have not had occasion once to ask somebody about their political affiliation. It is not done. What I care about is the capability of the individual to do the job and do the job quickly and seriously and with integrity.”

And he did explicitly say his investigation did not reach a conclusion on obstruction of justice, reiterating that they were limited by department rules. But Mueller, notably, did not do his own retelling of the report.

He merely referred back to it: A 448-page document that has been summed up misleadingly by Trump’s attorney general, and that many lawmakers have publicly admitted they have not actually read.

In doing so, Republicans’ spin was left to hang over the investigation.

Voter turnout surged in Super Tuesday states that ditched caucuses
The real death toll from the pandemic in America may already be 300,000
Congress is forcing cities to defund the police, firefighters, and schools
Vox Sentences: A “peace spring” that’s anything but
Watchmen on HBO: news, episode recaps, analysis, and comic book Easter eggs
Live results for Tuesday’s Florida primaries