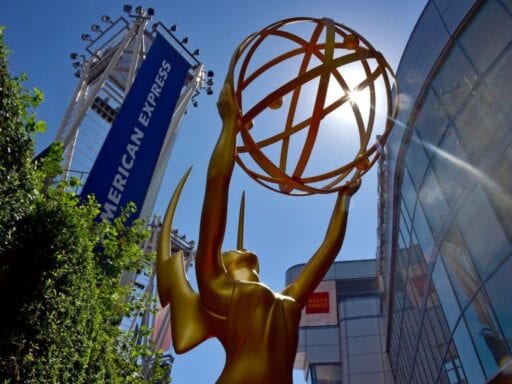 The Handmaid’s Tale, Game of Thrones, and Atlanta are expected to dominate.

The 2018 Emmy nominations are upon us. On Thursday July 12, the nominees for the 70th annual Primetime Emmy Awards were announced by The Handmaid’s Tale actress Samira Wiley and actor Ryan Eggold.

The Emmys focus their recognition exclusively on television, with the major awards divided into separate categories for comedy and drama.

The show, which just finished its second season on Hulu, is expected to easily make the cut in the Outstanding Drama Series race. But its chances of winning the title for a second year in a row will depend largely on Emmy voters’ memory of and feelings about Game of Thrones season seven; after winning Outstanding Drama in 2016 for its sixth season, the HBO powerhouse drama was not eligible for the 2017 Emmys because season seven didn’t air within the eligibility period. As Game of Thrones makes its grand return to the Emmys at the 2018 awards, it will almost certainly be a frontrunner.

Eyes will also be on the second seasons of Stranger Things and This Is Us, and the acclaimed new series Killing Eve.

On the comedy side, there will be a least two new winners in two major categories. The final season of the reigning champ Veep has been delayed because its star, Julia Louis-Dreyfus, was undergoing treatment for cancer (filming is expected to resume next month). Veep has won Outstanding Comedy Series three years in a row, while Dreyfus has swept Lead Actress in a Comedy Series since 2012.

One new contender for the Outstanding Comedy Series throne may be the Golden Globe-winning The Marvelous Mrs. Maisel. The acclaimed Amazon series from Gilmore Girls creator Amy Sherman-Palladino has been praised for its style and joy and stars Rachel Brosnahan, who earlier this year won the Golden Globe for Best Actress – Television Series Musical or Comedy and the Critics’ Choice award for Best Actress in a Television Comedy.

Maisel will likely be going up against the second season of Donald Glover’s Atlanta, which Vox critic at large Todd VanDerWerff has already deemed one of the best shows of this year. The first season of FX series was nominated for Outstanding Comedy Series last year, and while it predictably lost the crown to Veep, Glover — who both created the series and stars in it — won the Emmy for Lead Actor in a Comedy Series. The 2018 comedy field is also expected to include HBO’s buzzy upstart Barry and the second season of the Netflix wrestling comedy Glow.

Here are the nominees in all of the awards’ major categories. For the complete list, visit the Emmys’ website.

How Biden could actually deliver on his climate goals
Democrats pulled off a huge win, taking control of Virginia’s state legislature
Like Kylie Jenner, I was on a Forbes list. Here are the hidden privileges that made me a “success.”
Michael Cohen isn’t sounding so loyal to Trump anymore
Your Amazon package has a wild journey before it gets to your door
“It’s just a big illusion”: How homeopathy went from fringe medicine to the grocery aisles