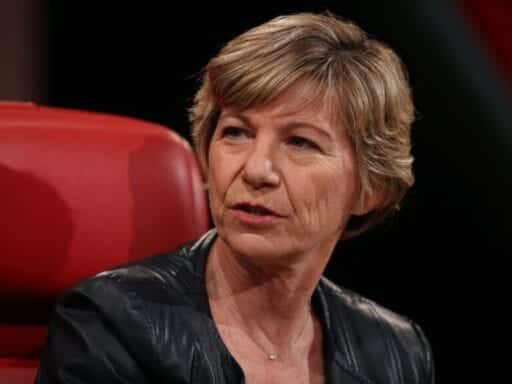 The leaders who call the shots at major philanthropies are some of the most powerful people in the world that you’ve never heard of.

And one at the tippy-top of that list is stepping down in a rare changing of the guard at the Gates Foundation.

Sue Desmond-Hellmann, the CEO of the $50 billion charity, said she would leave her post next year due to health and family issues, ushering in a new era at what has been viewed as the tech sector’s most successful giant charity. Desmond-Hellmann has served as Bill Gates’s senior-most aide for the last five years, overseeing the world’s largest foundation that dispenses about $5 billion a year in grants.

And so while Desmond-Hellmann has not been a household name, she held enormous influence across the globe, shaping everything from malaria programs in Africa to billionaires’ willingness to participate in the Gates-led Giving Pledge. The CEO of a megafoundation is the type of person who operates with little scrutiny or accountability but whose opinions can ricochet around the world and direct the flow of billions of dollars.

That’s especially true if you’re the head of the Gates Foundation, which has been called, correctly, the nerve center of Big Philanthropy. The Gates Foundation is a role model for many newly wealthy who dream of enormous influence after their business careers, as Gates has had. In the 20 years since they established their foundation, the Gateses and their other rich peer, Warren Buffett, have made it bigger in assets than the older, legacy philanthropies that are icons, those named after people like Ford, Rockefeller, or Carnegie.

That’s made Desmond-Hellmann herself a big deal. A doctor and former AIDS researcher who rose high in the leadership ranks at Genentech, she’s only the third CEO of the foundation in its history. As the head of the Gates Foundation — with an astounding 1,500 employees — Desmond-Hellmann had to deal with the blowback to their work on US education reform, a key priority for Gates. She eventually admitted in 2016 that the foundation had made some mistakes and that it was a “learning organization.”

Now, it appears health issues are causing her to step aside. Desmond-Hellmann also held power as a lead independent director on the board of Facebook, which she announced she was leaving this fall.

“This job requires a lot of commitment and a lot of energy, and for me making sure I stay healthy is more the goal,” she told the Wall Street Journal.

Her replacement at the Gates Foundation now becomes an important person to pay attention to, especially as criticism of philanthropy intensifies as a consequence of growing income inequality. Mark Suzman, who oversaw the Foundation’s advocacy work, now rises to the top job.

Here’s Desmond-Hellmann at the Code Conference in 2016.

It took 3 hours for the EPA to tell staff they had a new boss
Don’t want to read privacy policies? This AI tool will do it for you.
Do plastic bag taxes or bans curb waste? 400 cities and states tried it out.
Elite law professors are brushing politics aside to support fellow elite Brett Kavanaugh. That’s ine...
3 of Trump’s signature immigration policies are on the line at the Supreme Court
President Trump has tested positive for coronavirus