The genius of Aretha Franklin, explained by “I Say a Little Prayer” 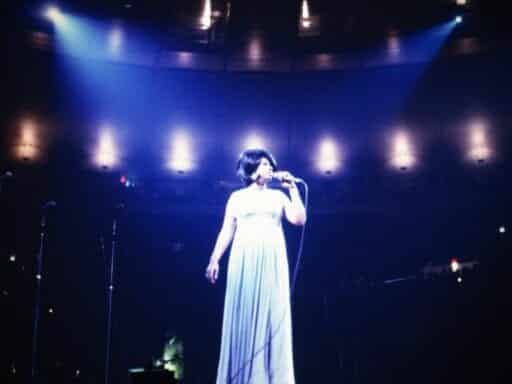 Her incomparable voice could turn a good song into a great one.

Aretha Franklin was blessed with arguably the greatest singing voice in the history of recorded music — and with it, the superhuman ability to make songs better than they were originally conceived.

“I Say a Little Prayer,” written by Burt Bacharach and Hal David, is one of those songs.

Originally recorded by Dionne Warwick and released in the fall of 1967, “I Say a Little Prayer” was a hit for Warwick, reaching No. 4 on Billboard’s Hot 100 and remaining on the charts for 13 weeks.

But Aretha Franklin, who released her own version of the song in the summer of 1968, completely transformed it:

The arrangement allows Franklin to show off her one-of-a-kind voice, transforming the song into something that climbs, yearns, and builds. It’s as if somewhere in her soul, she truly believes the person she’s singing to is the only one for her.

In a candid 2010 interview with NPR, David and Bacharach both laughed trying to describe how good Franklin’s version was.

“It’s a better record than the record we made,” Bacharach told Fresh Air host Terry Gross.

“Mmhmm. We did, yeah. And we did a great record, but she topped it,” David added.

When Gross prodded them a little more, they told her to listen to it, that you can just hear it in the effortless way Franklin sings and how the arrangement is crafted to enhance that. That Franklin sings the song as if it were a dress designed just for her.

“It’s just more natural,” Bacharach said. “We were talking about our changes and time changes on the chorus of ‘forever and forever, you stay in my heart, and I will’ — you know, that’s going 4-4, 3-4, 4-4, 3-4. Then regard the way it was treated by Aretha, because Aretha just makes it seamless, the transition going from one change to another change. You never notice it.”

Perhaps the irony is that “I Say a Little Prayer” was actually a bigger hit for Warwick, even though its creators believe Franklin made the better song. (Franklin’s version peaked at a not-too-shabby No. 10.) But if you asked me (or David and Bacharach) which one you’d want to hear live, or at a wedding, or from someone who cares about you, we know which one we’d choose.

The Mexican ambassador to the US explains Trump’s claim of a new agricultural deal
DoorDash’s anti-worker tactics have backfired spectacularly
Watch: Fast & Furious spinoff Hobbs & Shaw’s Super Bowl trailer
What will Palestinians do now?
The key senators to watch for Kavanaugh’s confirmation
Why Sacramento is still protesting Stephon Clark’s death, one year later