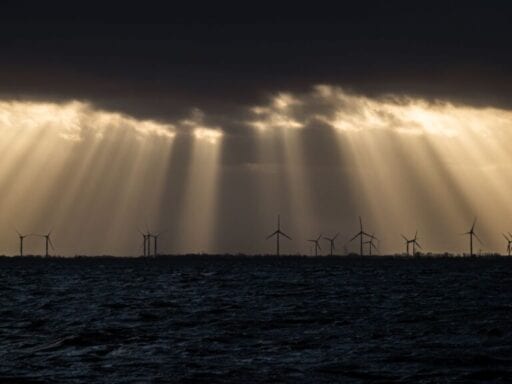 The radical idea that could shatter the link between emissions and global warming.

Most analyses of how to “solve” climate change start from a single, crucial assumption: that carbon emissions and global warming are inextricably linked. Geoengineering is a set of technologies and ideas with the potential to shatter that link.

Can we use them? Should we? Could they be used in concert with other solutions, or would simply opening the door drain support from those ideas? Even if we did want to deploy geoengineering, who would govern its use? And is mucking with the Earth at this level more dangerous than climate change itself — which may, ultimately, be the choice we face?

Jane Flegal is a geoengineering expert at Arizona State University and a program officer at the Bernard and Anne Spitzer Charitable Trust. She’s able to parse this debate with an unusual level of clarity, fairness, and rigor. A point she made that has stuck with me ever since is that if the consequences of climate change are as dire as we expect, then geoengineering isn’t the only wild, radical idea — any way we choose to deal with this challenge will sit firmly on the line between ambition and delusion.

One of the things that’s important about this conversation is that we do not know how to solve climate change. We know more or less that we have to get our emissions to zero as soon as possible, but even then we don’t know what the world is going to look like. There’s a lot we’re going to have to adapt as we go. There are a lot of open questions.

And as we think about how to deal with climate change, the line between ambition and delusion is not at all sharp. People use the boundary between ambition and delusion strategically to advance their own political and value agendas. Say I’m someone who thinks solar geoengineering is crazy, but I’m really invested in planting more trees. My perspective will be that my plan to cover a landmass five times the size of India in trees is ambitious and desirable. But your plan to reflect sunlight with aerosols is total magical thinking and insane.

The Iowa expectations game, explained
12 questions about Brexit you were too embarrassed to ask
Trump abandoned the WHO. Biden will rejoin the agency on day one in office.
Herd immunity, explained
The many strange long-term symptoms of Covid-19, explained
How the FBI’s surveillance of Martin Luther King Jr. was bolstered by Hollywood