The government is secretly monitoring ordinary US citizens when they fly 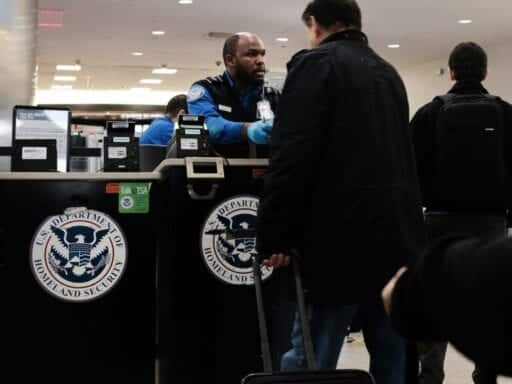 Air marshals have conducted surveillance on thousands of unknowing Americans under the “Quiet Skies” program.

Are you a United States citizen who caught a flight in the last few months? If so, there’s a small chance federal air marshals followed and monitored you, as part of a secret TSA program called “Quiet Skies.”

Jana Winter at the Boston Globe on Saturday reported about the previously undisclosed program that specifically targets travelers who “are not under investigation by any agency and are not in the Terrorist Screening Data Base.” Winter cites a TSA bulletin from March, which says the goal of the initiative is to thwart threats to commercial flights posed by “unknown or partially known terrorists.”

All US citizens who come into the country are automatically screened for potential inclusion in Quiet Skies, and thousands of Americans have reportedly already been subject to surveillance at the airport and on their flights under the program. Travelers stay on the Quiet Skies watch list for up to 90 days or three encounters, and they’re never notified they’re on the list at all.

It’s still unclear what merits being added to the watch list in the first place. The program lays out 15 rules to screen passengers, but the full checklist was not obtained by the Boston Globe and is reportedly a mystery even to the marshals who conduct the surveillance.

Once US citizens are added to the program, marshals flying with them will track a number of behaviors, like whether subjects are “abnormally aware” of their surroundings, whether they display “excessive fidgeting,” a “cold penetrating stare,” or an “Adam’s apple jump,” and whether the individual sleeps during a flight.

Revelations about the existence of the Quiet Skies program has spurred questions about the program’s legality and what exactly agents are looking for. Per the Globe:

Quiet Skies represents a major departure for TSA. Since the Sept. 11 attacks, the agency has traditionally placed armed air marshals on routes it considered potentially higher risk, or on flights with a passenger on a terrorist watch list. Deploying air marshals to gather intelligence on civilians not on a terrorist watch list is a new assignment, one that some air marshals say goes beyond the mandate of the US Federal Air Marshal Service. Some also worry that such domestic surveillance might be illegal. Between 2,000 and 3,000 men and women, so-called flying FAMs, work the skies.

Some air marshals have complained that they’ve wound up conducting surveillance on travelers who pose no threat, and others have questioned whether it crosses legal and ethical lines.

And there’s also the matter of resources. Quiet Skies, like all government programs, uses government dollars, and some air marshals have questioned whether it’s diverting resources from other potential threats. The TSA’s budget and effectiveness have long been under scrutiny by lawmakers and the media.

John Casaretti, president of the Air Marshal Association, said in a statement that the Quiet Skies program does not meet the criteria the group finds acceptable.

“The American public would be better served if these [air marshals] were instead assigned to airport screening and check in areas so that active shooter events can be swiftly ended, and violations of federal crimes can be properly and consistently addressed,” he said.

You can read the full Boston Globe report here.

Facebook’s political ads policy is predictably turning out to be a disaster
How do you cover a presidential campaign during a pandemic?
Masha Gessen on American politics after the death of “truth”
Trump really doesn’t want Republicans to lose another special election
How Trump let Covid-19 win
Congress passed a short-term funding bill, giving itself two more days to negotiate stimulus