The Handmaid’s Tale, Game of Thrones, Atlanta, and Westworld lead the 2018 Emmy nominations 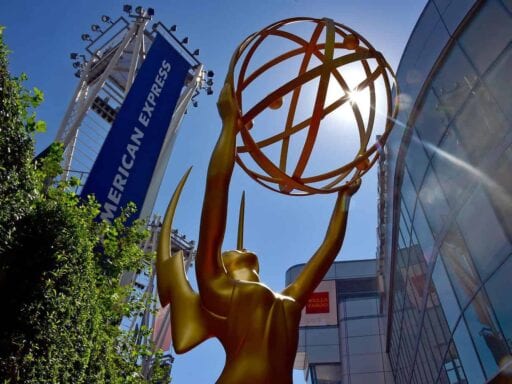 The Handmaid’s Tale, Game of Thrones, SNL, and Westworld lead the pack.

The 2018 Emmy nominations are upon us. On Thursday, July 12, the nominees for the 70th annual Primetime Emmy Awards were announced by The Handmaid’s Tale actress Samira Wiley and actor Ryan Eggold.

The Emmys focus their recognition exclusively on television, with the major awards divided into separate categories for comedy and drama.

As expected, in the drama categories, the 2018 nominations included several nods for 2017’s big winner, The Handmaid’s Tale. As a freshman series, the grim, dystopian adaptation of Margaret Atwood’s novel took home several awards, including Outstanding Drama Series, Outstanding Writing in a Drama series, and Outstanding Lead Actress in a Drama Series for Elisabeth Moss, who won an Emmy for the first time after seven previous nominations.

The show, which just finished its second season on Hulu, easily made the cut for 2018, nabbing 20 nominations overall. Once again, it’s in the running for Outstanding Drama Series, alongside other popular and critically acclaimed hits like Game of Thrones, This Is Us, and The Americans.

Overall, the most-nominated dramas are Game of Thrones and Westworld, which each have 22 nominations when you include the awards’ technical categories. Game of Thrones is newly returned to the Emmys race; after winning Outstanding Drama in 2016 for its sixth season, the HBO powerhouse drama was not eligible for the 2017 Emmys because season seven didn’t air within the eligibility period. Some of its other nods for 2018 include Lena Headey for Supporting Actress, Nikolaj Coster-Waldau and Peter Dinklage for Supporting Actor, and Diana Rigg for Guest Actress.

The Emmy voters also looked kindly upon the second seasons of Stranger Things and This Is Us, nominating both series for Outstanding Drama. And while acclaimed new series Killing Eve was overlooked in several categories, its star Sandra Oh, who was beloved as Grey’s Anatomy’s Cristina Yang, made history by becoming the first Asian woman to be nominated for Lead Actress in a Drama Series.

On the comedy side, the nominations field was a crowded one, with eight series vying for the main prize. For the first time in years, the reigning champ Veep is missing, because the show’s final season has been delayed while its star, Julia Louis-Dreyfus, was undergoing treatment for cancer (filming is expected to resume next month). Veep has won Outstanding Comedy Series three years in a row, while Dreyfus has swept Lead Actress in a Comedy Series since 2012.

Among new contenders for the Outstanding Comedy Series throne is the Golden Globe-winning The Marvelous Mrs. Maisel. The acclaimed Amazon series from Gilmore Girls creator Amy Sherman-Palladino has been praised for its style and joy and it stars Rachel Brosnahan, who earlier this year won the Golden Globe for Best Actress – Television Series Musical or Comedy and the Critics’ Choice award for Best Actress in a Television Comedy. Brosnahan picked up a nod for Best Actress in a Comedy, and the show snagged another three supporting and guest acting nominations.

Maisel is up against the second season of Donald Glover’s Atlanta, which Vox critic at large Todd VanDerWerff has already deemed one of the best shows of this year. The first season of the FX series was nominated for Outstanding Comedy Series last year, and while it lost the crown to Veep, Glover — who both created the series and stars in it — won the Emmy for Lead Actor in a Comedy Series. This year Atlanta earned repeat nominations for both categories, as well as three other nods in acting categories. The 2018 comedy field also includes HBO’s buzzy upstart Barry and the second season of the Netflix wrestling comedy Glow.

Here are the nominees in all the awards’ major categories. For the complete list, visit the Emmys’ website.

Lead Actress in a Limited Series or Movie

Sterling K Brown, This Is Us

Milo Ventimigla, This Is Us

Ann Down, The Handmaid’s Tale

At Home with Amy Sedaris

The Late Show with Stephen Colber

Vox Sentences: 737 Max-ed out
Burt Reynolds, ’70s icon and movie star, is dead at 82
Two gunmen wound 13 at a Chicago house party honoring a gun violence victim
She was slut-shamed while running for office. Now she’s fighting back.
It’s always been hard to say no to citizenship requests from soldiers
The House is about to start piecemeal immigration reform