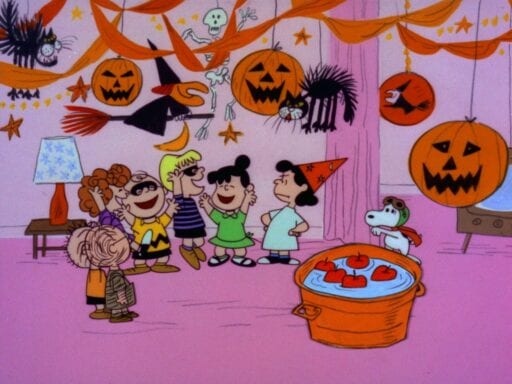 Streaming TV is artificially creating scarcity where none exists. That choice hurts viewers.

Each October for more than half a century, the beloved Peanuts Halloween special It’s the Great Pumpkin, Charlie Brown has risen out of the pumpkin patch of TV programming and aired for free on a broadcast network, making it accessible to almost everyone. But that probably won’t happen in 2020 — for the first time since the special debuted in 1966.

In a deal unexpectedly announced last week, AppleTV+ revealed that it has acquired the streaming rights to at least three of the classic Peanuts holiday specials, including Great Pumpkin. It’s still not entirely clear whether the streaming rights to these specials are exclusive to Apple indefinitely, but all signs point to that being the case.

Considering that AppleTV+ is the home to new Peanuts content — like the streaming series Snoopy in Space — this new deal comes as only a mild surprise. But it likely also means that Great Pumpkin, A Charlie Brown Thanksgiving, and A Charlie Brown Christmas will no longer air on ABC, their broadcast home since 2001. (The specials aired on CBS from 1966 to 2000.)

Perhaps sensing that lots and lots of people will be angry if these beloved specials disappear behind a paywall forever, AppleTV+ will make It’s the Great Pumpkin, Charlie Brown available for free through the AppleTV+ app from October 30 through November 1 (as long as you download the app, you don’t even need to subscribe). Similar two-day windows will apply to the Thanksgiving and Christmas specials.

And as a big-time Peanuts fan who is an AppleTV+ subscriber (well, I have a press account), I should theoretically be just fine with this news. It’s great that I can watch these cherished specials on demand, without having to dig out my DVDs. But I feel a certain amount of sadness that these seemingly eternal holiday traditions are suddenly not as accessible as they used to be, because they probably won’t air on a major broadcast TV network. It’s just the latest example of the television world creating walled gardens that are, by definition, closed off to those who can’t pay to access them.

It’s the Great Pumpkin, Charlie Brown will be free for two days. But AppleTV+ doesn’t have the same imperatives as ABC to keep it that way.

The big advantage of streaming television is that you can watch it whenever you want. In recent years, ABC has aired It’s the Great Pumpkin, Charlie Brown twice each October, but if you didn’t catch it (or DVR it) one of those two times, you were out of luck until the next year, unless you purchased the DVD. (The special was frequently also available on certain on-demand platforms, but that availability varied by cable company and wasn’t accessible to anyone who watched TV via antenna, without a cable subscription.)

But the big disadvantage to AppleTV+ having the rights to the Peanuts holiday specials is that the service is not under the same obligations as ABC is to keep them available to the public. ABC is, by definition, a broadcast network. If you are able to get a US TV signal — even for free, via an antenna — you will almost certainly be able to get ABC. That fact will always be true. Thus, as long as the Peanuts specials aired on ABC, nearly everybody in the US had access to them.

AppleTV+ can make no such promises about access to its content. Sure, the Peanuts holiday specials will be widely available for free for a limited time this year, and Apple will surely continue using this approach as a marketing tactic for at least a few more years, as it tries to convince consumers it has a streaming service they might want to sample. But there’s nothing stopping Apple from just deciding, whenever it wants, to stop offering a free distribution window. It could even reverse its decision this year, without much explanation or warning (that is unlikely to happen, but it could).

The future of entertainment is a future of artificially created scarcity

If you’re over age 30, you likely have experienced media consumption across your lifetime as a slow progression of availability. In your childhood, something like It’s the Great Pumpkin, Charlie Brown only aired one or two times at Halloween, unless you taped it on VHS. But eventually, you were able to purchase a DVD or Blu-ray to watch whenever you wanted, or you could DVR the special when it aired and save it on your hard drive. This progression has created an expectation among many people, including me, that we’ll eventually reach a period where everything is available all of the time, at least if you’re willing to pay for it.

And at first, the streaming era seemed like it might actually make everything available all of the time. (This idea ignores that the vast majority of films and TV shows across history never actually made it to DVD, much less streaming, but stay with me here.) In recent years, if something wasn’t streaming on Netflix, Hulu, or Prime Video, you could usually rent it on Amazon or iTunes. And that’s still typically true, but it’s less and less true with every passing year.

Today, the value of exclusivity is such that it creates the impetus to put walls around popular programming, so that you can only see it if you subscribe to a certain streaming service. This impetus seems more and more likely to send us right back to an era where something like It’s the Great Pumpkin, Charlie Brown is solely available to the vast majority of people for a small portion of October. Instead of scarcity created by a broadcast network having only so many time slots to fill on its schedule, scarcity is created artificially to boost subscription numbers and app downloads. It’s the Great Pumpkin, Charlie Brown might just be a harbinger of what’s to come in that regard.

Yes, you can still buy the special on DVD or Blu-ray. But ownership of physical media players in the US has been plummeting in recent years, and it’s barely above 50 percent among the youngest adults in the country. As more and more people adopt streaming and digital media as their default, “buy the DVD” (or rent it from the library) increasingly won’t be an option. And even purchasing a digital copy of a film or TV show isn’t a sure thing, as your rights to those purchased copies can be revoked at any time and are subject to similarly confusing availability restrictions. (For instance, I just tried to buy Great Pumpkin on Amazon, but it’s not currently available there.)

And that’s before you get to the confusion that results from streaming rights bouncing among multiple services. For instance, earlier this year, the streaming rights for the Harry Potter movies were sold extremely briefly to HBO Max, which hosted the films exclusively from late May to mid-August. Then the films moved to NBCUniversal’s Peacock for a month (which began October 5).

After the movies leave Peacock, they’ll air on NBCUniversal cable networks for a while before they come back to Peacock at some point in 2021. If you’re a hardcore Harry Potter fan, maybe think about that, because I am obligated to remind you that J.K. Rowling has taken some monstrous positions on certain political and social issues. But also: Did the movies’ streaming service shuffle make you any more likely to subscribe to either HBO Max or Peacock? Or did it just bug you? I get paid to think about this stuff, and it sure confused and irritated me!

In contrast to buying a single copy of a DVD, which you can own for the rest of your life (or at least as long as it keeps working), digital rights mean that your favorite movie or TV show might not remain readily available to you unless you subscribe to a certain platform or jump through numerous hoops to find it. So far, this situation has been mostly tenable. But as more and more streaming platforms enter the game and the movies and TV shows in their catalogs become better and better known, the content landscape will only become more cluttered and confusing, especially when it comes to beloved programs that are only available briefly or seasonally.

In January, I asked Kevin Reilly, who was the chief content officer of HBO Max until early August (when he was ousted), about the service making some of its content available only for short periods of time — particularly with regard to the massive, WarnerMedia-owned Turner Classic Movies library. His answer was telling:

There’s nothing to prevent us from [putting the entire TCM library up]. We just don’t think that’s the best experience. We actually think it’s better to allow you breadth to go in there and wander around, but to kind of allow us to work it a little bit and serve it up again in a way that [is exciting].

I don’t know how true this is. Granted, the way I tend to approach media is that if I want to watch something, it will be something incredibly specific that I want to watch now. Certainly, Reilly is right that a lot of consumers are more likely to browse their streaming service of choice until they find something that looks interesting.

But that gets less and less true the further you step away from, say, 1940s screwball comedies and toward popular franchises and established classics like the Harry Potter films or the Peanuts holiday specials. There’s value in these properties, and that value only grows if they are available for limited windows of time, which might drive you to subscribe to a streaming platform you don’t already subscribe to, because it’s the only place you can see your favorite show or movie.

I understand this is the direction the industry is trending in. I understand why it’s monetarily advantageous for giant corporations. But part of what makes movies and TV so great is that they are mass media. That can mean junky programming targeting the lowest common denominator, but it can just as easily mean something as unusual and idiosyncratic as a super melancholy newspaper comic strip about a boy and his dog becoming one of the most popular creative properties in the entire world, and being available, year after year, to the actual masses who have access to broadcast TV.

Walled gardens of content are fine when it comes to corporate bottom lines, but I’m not convinced they serve viewers by enhancing the streaming “experience.” Instead, they create confusion about what is available where and when, and they cause unnecessary headaches when you maybe just want to relax and watch Linus wait for the Great Pumpkin. The sad fact of the matter: The movement toward said walled gardens is all but impossible to stop. There’s too much money in it, and since when have corporate bottom lines cared about what’s best for consumers?