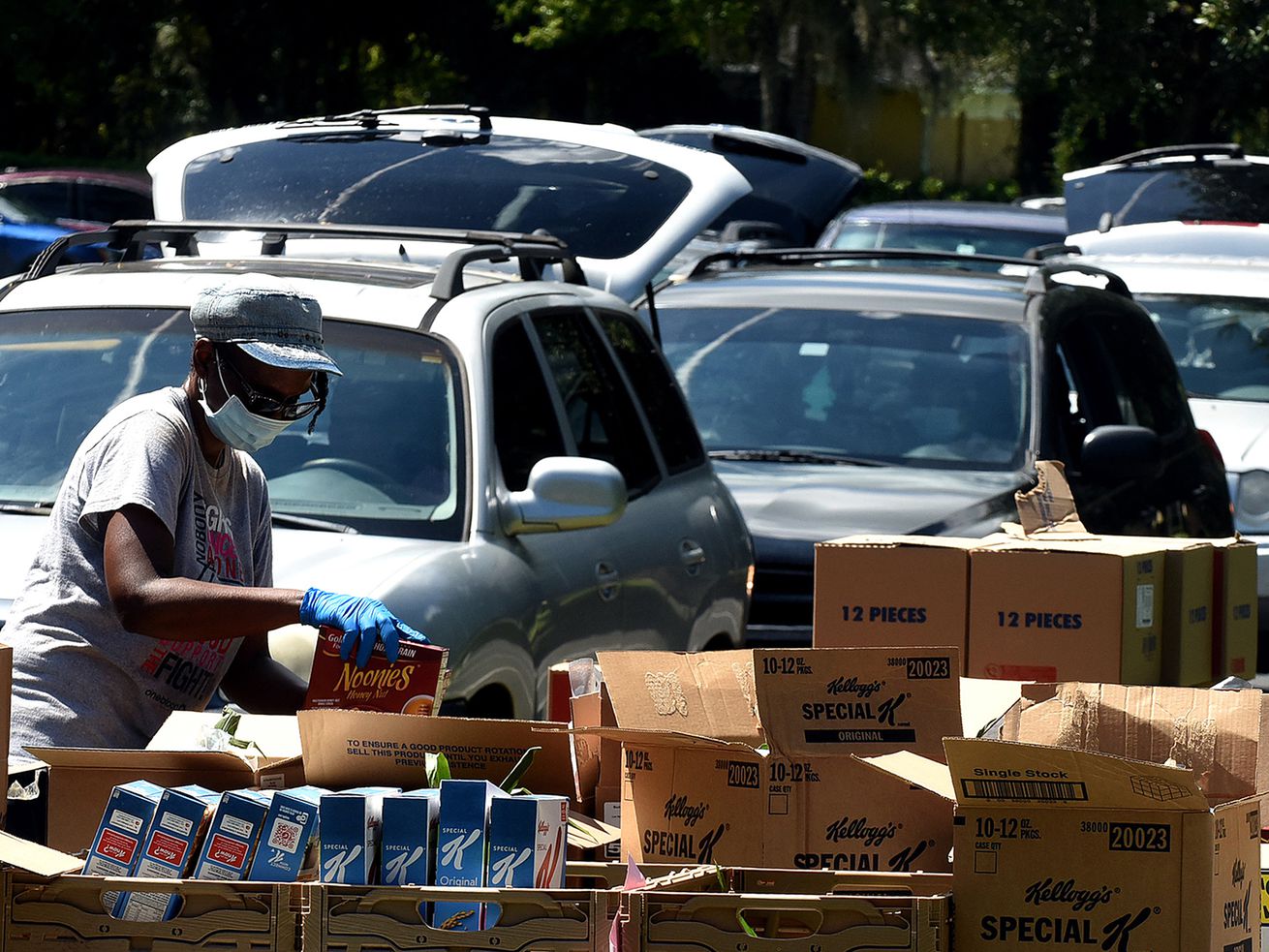 Too many Americans don’t receive benefits they qualify for due to a complex, outdated system.

Senior Democrats are introducing a new program to alleviate child poverty in America as part of President Joe Biden’s $1.9 trillion Covid-19 relief package, proposing a means-tested monthly recurring cash benefit to parents for each child. This is a good progressive idea — but even if it becomes law, it will only succeed if it is administered competently and efficiently.

Last year, Congress expanded unemployment benefits during the early stages of the pandemic. But the promise of good policy ultimately disappointed many Americans. Due to systemic delays at the federal and state levels, millions faced life-altering struggles because the money they were promised simply wasn’t arriving.

Months later, the country’s antiquated infrastructure for delivering worker assistance is still preventing millions from accessing economic relief. The programs — including unemployment insurance, school lunch benefits, and Medicaid — protect people who face personal economic challenges, or, like millions of Americans, are grappling with a pandemic-induced recession affecting their business or employment. Yet millions are waiting months for their unemployment benefits. Almost one-quarter of Earned Income Tax Credits go unclaimed. Almost half of all children in the US reside in a home that has trouble covering basic expenses like rent, food, and health care.

Federal programs across the board are underused, not due to a lack of need, but because the system is overly complex — sometimes intentionally so. Meanwhile, the families who need support are left in the dark, and economic recovery slows to a crawl.

As Congress debates the $1.9 trillion package, it’s just as important to focus on investing in the delivery system to get new and existing support to communities in need. A proposal from Sen. Ron Wyden (D-OR) to provide $500 million to states to fix their antiquated unemployment insurance systems is a start. But we need significantly greater coordination between programs, and simplification of benefits to ultimately increase their utilization, efficiency, and effectiveness.

A well-run, on-time, and easily accessible delivery system is sound public policy and economics: It can save taxpayer funds, provide stimulus, and support a faster economic recovery. It’s also the bare minimum that taxpayers should expect from their government.

Just like high-speed trains are useless without the proper tracks, a vision of economic mobility is nothing more than a dream without the effective systems to get us there. We need to upgrade the tracks we use to route economic relief to American families. Delivering meaningful support requires the right infrastructure, and we need to ensure everyone can access the support offered to them.

The burdens our system has saddled families with are pervasive and common. Take, for example, the unnecessary complexity of filing tax returns: The government should already know from employers the exact refund amount someone is owed, but instead requires people to estimate that amount themselves and file paperwork, and then issues fines for inaccurate estimations.

Here’s a better idea: all public benefits that are accessible through a universal online, mail-in, or in-person application, a coordinated system designed to deliver economic relief when you meet the eligibility criteria for one program.

For example, many people who enroll in Medicaid or the Temporary Assistance for Needy Families program (which provides job search and training assistance) do not know the same eligibility requirements also qualify them for $9.95 monthly broadband support from the FCC’s Lifeline program. Only 25 percent of eligible Americans are enrolled in Lifeline. Automating enrollment wherever possible, rather than requiring families to research, find, and apply to program after program, will save time and reduce redundant administrative costs. In this case, it would also mean 33 million more Americans receive a broadband subsidy they are entitled to.

Enrollment is crucial because delivering benefits offers a vital stimulus, particularly during economic downturns. During previous recessions, every dollar in SNAP benefits added $1.50 back to the economy. In fiscal year 2017, however, only 84 percent who were eligible accessed their program benefits. The rate drops to 73 percent for eligible working poor individuals; in Wyoming, it’s 52 percent.

Imagine how many more families could more quickly stabilize their financial footing and invest back in the economy if they received a simple text message confirming approved benefits and an opportunity to opt out from financial support — rather than having to rifle through arduous government websites and steer away from private scams to opt in.

The same interagency coordination federal and state governments manage for the individual market health coverage through HealthCare.gov should be applied to streamline access to programs that require some coordination between state and federal agencies. The Biden-Harris administration should lead an all-hands-on-deck effort to automate and reduce the unnecessary complexities of the system. A centralized effort will also streamline the pricey army of government contractors who do the manual verification and program eligibility determinations.

Industry needs to play a role in easing the burdens for families, too. For many Americans, large and small employers alike are the primary conduit to information regarding requirements and eligibility for federal and state economic benefits. Federal and state governments should enhance these rails to ensure that Americans have complete access to available benefits. The paperwork and information an employer is required to provide to departing employees, for example, should also include information about other health insurance options from HealthCare.gov that are often cheaper than COBRA.

Dollars spent raising awareness is necessary to drive enrollment. Advertising was responsible for 37 percent of enrollees in health coverage through HealthCare.gov, according to research from the Department of Health and Human Services later reported by HuffPost. Government is just as responsible for ensuring families know these programs are available as they are for facilitating efficient and effective enrollment.

At a time when families are trying to figure out their next meal while trying to support their child’s virtual schooling, it’s probably not top of mind to check the dozens of eligibility programs to determine if they qualify or what is available to them.

Developing infrastructure to deliver the benefits families and our economy needs is just as important as the policies we urge our leaders to pass. It can save costs by eliminating redundant administrative spending — and ensure that a modern, effective government that improves people’s lives is a lasting legacy of the 117th Congress and Biden-Harris administration.

Harin J. Contractor is a former economic policy adviser to the US secretary of labor. Jamil Poonja is an entrepreneur launching a new venture for working Americans. Faiz Shakir is the former campaign manager for Sen. Bernie Sanders.