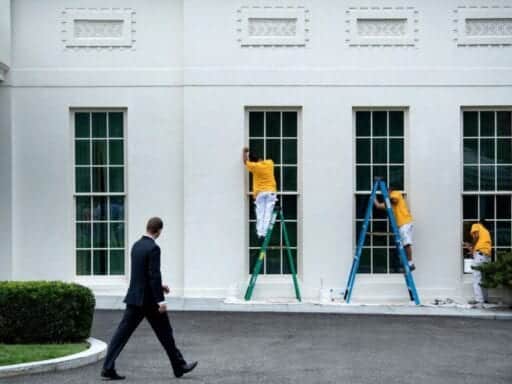 A sweeping House bill will provide paid leave for Americans dealing with the coronavirus. But the legislation leaves out millions.

But another portion of the bill, providing paid leave options for people who are infected or need to give care, has been criticized for a key shortcoming: it doesn’t cover everyone. In a country with no federal paid leave program, millions of Americans receive no paid leave through their employer, either. While some local jurisdictions, including 12 states and Washington, DC, have their own paid leave programs, a quarter of American workers, or about 33.6 million, receive no form of paid sick leave, with the lowest-paid workers being especially vulnerable.

In the face of a virus that has been deemed a global pandemic, limiting exposure to other humans is a central means of staving off the spread. Allowing people to stay home and self-isolate is a key part of that effort. But even if H.R. 6201, the Families First Coronavirus Response Act, is enacted, millions of working people will still be left without a way to take time off from work and continue to make a living.

The paid leave portion of the new bill applies only to companies with 500 or fewer employees, requiring them to offer up to 14 days of paid leave. This can be for infected people, caretakers, and guardians whose children’s schools have been shuttered. But as a New York Times op-ed points out, workers at companies with 501 or more employees comprise 54 percent of all workers.

To be sure, many of these companies already offer some form of paid sick time — 89 percent of them, according to the Bureau of Labor Statistics. And some of those large companies have begun offering their own, Covid-19-related sick leave policies, too. In the restaurant industry, where only a quarter of workers receive paid sick days, Chipotle and McDonald’s have said they will offer sick leave programs (although some employees have said they’ve faced retaliation for attempting to take leave in the past). Advocates for its passage argue, as the Times editorial states, “such voluntary policies are an inadequate substitute for legislation.”

Even before the bill’s House passage — which goes to the Senate next and which President Trump has indicated he would sign — the virus had shone a spotlight on the financial precarity that millions of workers face in the event of a standard illness, much less a global pandemic where public health officials warn people to stay home if they feel ill.

But that is easier said than done for millions of American workers. Employees in the service industry especially, like food workers or personal care assistants, are much less likely than their peers in more lucrative fields to have paid time off if they get sick. But they also make less money in general, meaning a lost day of work hurts their families’ budgets more. That gives them a strong motivation to go into work — even if they’re not feeling well.

And because these workers come in close contact with the rest of humanity, they are a potent vector for spreading contagions, particularly those as infectious as coronaviruses. It’s a recipe for making a bad outbreak even worse, all because America hasn’t decided to guarantee paid sick leave for all workers.

According to the Pew Research Center, people who don’t have paid leave are disproportionately lower-wage workers. Ninety-two percent of workers in the top quarter of earners, receiving hourly wages of greater than $32.21, receive some form of paid sick leave, compared to 51 percent of workers in the lowest earning quarter, who make $13.80 or less an hour. That number drops even further for those in the lowest-earning tenth: 31 percent of Americans earning $10.80 an hour or less receive any form of paid sick leave.

Low-wage people are also most affected by missing out on a paycheck if they do end up becoming sick. And many of those jobs cannot be transitioned during a quarantine: it’s easier to work from home if you have a hold a desk job than if you clean offices, prepare food, or take care of sick people in their homes or in a care facility, for example.

“People have a strong incentive to go to work, even if they’re not feeling well and authorities have urged them to stay home,” Scott goes on. “And once they come in and start going about their jobs, they can spread illnesses unintentionally.”

In early drafts of the House bill, Democrats attempted to build in a permanent paid leave program that would address some of these issues. Facing pushback from Trump, what ultimately passed was an emergency funding bill that is only in effect through the year, in response to this specific public health emergency.

With exemptions also built in for employees of large companies, many workers will find themselves in the same position they were in before the coronavirus aid package was passed: choosing between following public health guidelines and staying home, or taking home a paycheck and potentially becoming a vector.