The House passes the $1.9 trillion Covid-19 relief bill, sending it to Biden’s desk 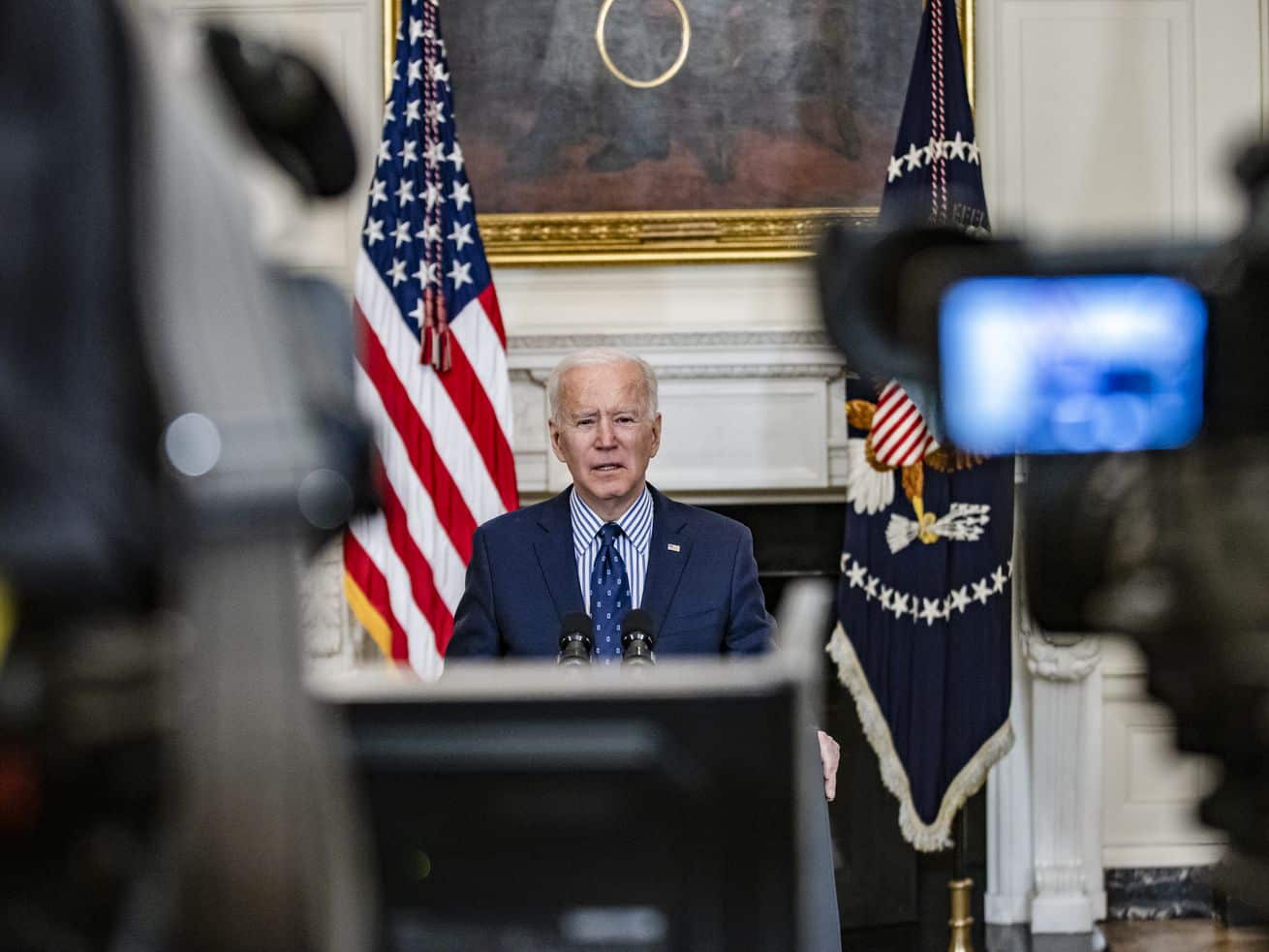 The American Rescue Plan is about to become law.

The American Rescue Plan, which Biden first unveiled in January, will deliver aid to millions of Americans and inject funds across the economy as the country continues to steer its way out of the pandemic.

The legislation passed on Wednesday by 220-211 vote. No Republicans in the House or the Senate supported the package.

To get a sense of how massive the bill is: The recovery package Democrats passed during the Great Recession in 2009 was about 5.5 percent of 2008’s GDP; the American Rescue Plan is 9 percent of 2020’s GDP. And much of the money is going to those who need it most.

Still kind of stunned and heartened at the scale of the American Rescue Plan.

And it creates a child allowance that will (knock wood) be very hard to roll back.https://t.co/Dli0MQoRoj

The bill includes $1,400 stimulus checks to most Americans. The full checks will go out to single people making up to $75,000 and couples making up to $150,000, and phase out at $80,000 and $160,000, based on 2019 or 2020 tax returns, depending on when people last filed their taxes. Previous checks phased out at higher income levels, meaning some people who got checks in previous rounds won’t get them this time. However, the legislation includes checks for adult dependents, such as college students and people with disabilities, for the first time.

Expanded and extended unemployment insurance under the legislation will last through September 6, with unemployed workers receiving an extra $300 a week in federal benefits. Importantly, the bill includes a provision that makes the first $10,200 in unemployment benefits nontaxable for households making up to $150,000. Also on the tax front, the legislation makes student loan forgiveness tax-free through 2025 — a way for Democrats to nudge the president on student debt cancellation and a policy change experts hope will stick regardless.

The White House estimates that the legislation, which includes an expanded child tax credit, will cut child poverty in half. The bill includes $170 billion for schools, $100 billion for public health, and $350 billion for state and local government aid — an issue that has been a major sticking point for Republicans. It increases Affordable Care Act subsidies and COBRA subsidies for people who have lost their jobs, contains funds for restaurants, and has all sorts of funds aimed at helping people get by, such as rental assistance and help paying for water and energy bills.

Some portions of the bill didn’t end up being as generous as they were when it was first proposed after push-and-pull with moderate Democrats. Biden initially wanted $400 in extra unemployment through September. However, the unemployment tax provision was only added in the Senate legislation, saving people from getting a surprise tax bill they might not be able to pay for. A $15 federal minimum wage was also struck from the legislation. The Senate parliamentarian ruled it could not be done through budget reconciliation — the process Democrats used to pass the bill — and the Senate voted down an amendment to put a $15 minimum wage back into the bill.

Democrats don’t want a repeat of 2009

The US has been in the midst of the pandemic for about a year, and the federal government has passed multiple pieces of legislation aimed at helping soften the blow to the economy, including businesses, families, and workers. The mantra among many economists — and one adopted by Biden — is that the risk is really doing too little, not too much, in response to the pandemic.

Democrats and Biden also remember the bill they passed to help the country out of the Great Recession. They thought they’d get to take a swing at follow-up stimulus legislation and then didn’t, so the impetus was to do as much as they could this time around. There have been some naysayers about the size of the legislation, even among Democrats, but the White House has largely ignored them.

The package is really aimed at providing assistance to people at lower income levels and takes a bottom-up approach. According to an estimate from the Tax Policy Center, the poorest 20 percent of Americans will see a 20 percent boost to their after-tax income, and the second quintile of earners will see their income go up by nearly 10 percent. Meanwhile, the highest earners — many of whom are doing financially better during the pandemic — won’t see much, if any, change. It’s quite a contrast to the tax cut bill Republicans passed through budget reconciliation in 2017, the benefits of which went disproportionately to corporations and the rich.

The top 20% of households reaped 65% of benefit from Trump’s tax cuts. The bottom 20% got 1%.
The American Rescue Plan gives aid to those who actually need it. My @Morning_Joe chart: pic.twitter.com/Ptq9Hpu3KA

Once Biden signs the legislation, it will take some time to get the money out the door and programs put in place. But for millions of people, more help is on the way.

Why it matters that TikTok wants to reveal its algorithms
Watchmen on HBO: news, episode recaps, analysis, and comic book Easter eggs
Trump’s Super Bowl interview was 8 minutes of pettiness and empty braggadocio
The Trump administration is demanding that Planned Parenthood affiliates give back their PPP loans
Coronavirus, closed borders, and the authoritarian impulse
What we can learn from quarantine videos around the world