The Hunger Games is getting a prequel that centers on the villain: a young President Snow 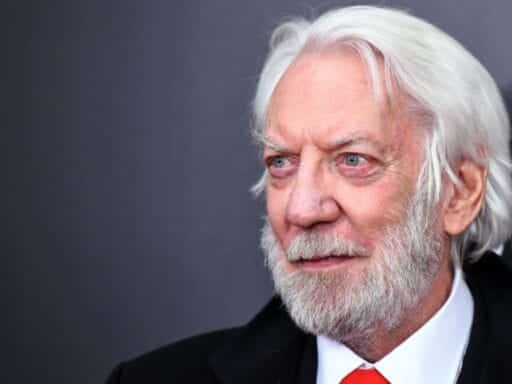 Will The Ballad of Songbirds and Snakes be a descent into the mind of a fascist tyrant?

Grab your bows, Hunger Games fans, because we’re going back to Panem — to learn more about how its deeply dystopian social system all began, with a new prequel, The Ballad of Songbirds and Snakes, centered on the series villain.

We learned in 2019 that author Suzanne Collins had penned a prequel to her eerily realistic YA series about a girl forced to join a macabre battle royale in a bleak future version of the US. The Hunger Games and its two sequels attracted legions of fans when the series launched in 2008. The three books led to a blockbuster film franchise and inspired real-life protesters throughout the 2010s who referenced the series while fighting their own fights against dystopian states around the world.

Entertainment Weekly has debuted a preview of the new book, which is scheduled for a May 19 release date. The plot seems to be centered around the antagonist of the original series, Coriolanus Snow. In The Hunger Games, Snow is the authoritarian “president” of Panem who works to quash the social uprising led by the book’s heroine, Katniss Everdeen. The books hint that Snow (played by Donald Sutherland in the films and depicted in EW as a young man who’s rocking the pretty bad boy/Evil Aryan look, à la Draco Malfoy) became Panem’s ruler in classic Shakespearean fashion — by murdering his opponents until there was no one strong enough left to oppose him.

In the excerpt on EW’s website, we see Draco — er, future President Snow — musing about his prospects as a mentor for the first Hunger Games, which took place several decades before the events of the first novel. The Ballad of Songbirds and Snakes takes us back to when Snow is still a senior in college, and he’s horrified when, out of all the gifted students who’ve been chosen to mentor the contestants, he’s paired with a girl from District 12.

As a refresher to anyone who needs it: Panem is a starkly divided future version of the US, with many of its districts reduced to abject poverty following an apocalyptic event (strongly hinted to be the result of climate change) that centered power in a wealthy city now known as the Capitol. District 12 is the poorest of all the nation’s remaining districts. Ostensibly a form of cultural entertainment, the “hunger games” essentially gamify the ongoing poverty throughout the nation by selecting “tributes” from each district to participate in a brutal, nationally televised battle to the death. The contestant who wins has to kill or outlast all of the other contestants, whereupon they’ll be rewarded with a lifetime of wealth and survivor’s guilt.

Eventually, the heroine of The Hunger Games, Katniss, becomes a contestant, one who manages to destroy the system and become an unwitting leader for a massive societal rebellion. The prequel, however, seems to focus on the games while they’re still in their infancy, honing in on the moment Snow himself gets involved in shaping their course.

Collins’s decision to make the story about Snow has already proven hugely unpopular with fans, who see the move as an unnecessarily humanizing look at a fascist dictator not unlike President Donald Trump. As you might have noticed, “Nazis are people too” hasn’t been the most popular post-Trump take, and this new prequel is no exception.

i couldn’t be more disappointed by the next HUNGER GAMES being about fucking President Snow and trying to paint him as a “misunderstood hero” are you kidding me.

the very last thing i’m interested in is humanizing a fascist dictator because he has a ~tragic past~.

Of all the characters in The Hunger Games, Suzanne Collins decided to humanize President Snow. Like we need another story about some tortured white boy. I hate it here. pic.twitter.com/iAxnMrBlJz

This reaction is understandable, given widespread cultural backlash against films like Joker for their focus on celebrating and deepening audience empathy with a white male character who’s previously been established as the villain of a franchise.

Then again, this is the Hunger Games, which has always been cannily prescient about its connections to real-life authoritarianism and dystopian society. The chances are strong that Collins’s decision to pair Snow with the Hunger Games contestant from the poorest district — the prequel excerpt doesn’t tell us who that is, only that she’s a “District 12 girl” — is a quick way to explore the power dynamics behind the Capitol’s drastically unequal social structure. We can already get a glimpse of that in the brief excerpt: It’s clear the younger Snow moves within a system of secret power-brokers with social influence. It’s possible the story won’t be about humanizing him as much as it will be giving the reader a look inside how this kind of system dehumanizes its victims.

Granted, the book will be from Snow’s point of view, and I can understand why inside the mind of the leader of a fascist society might not be the most comfortable, or comforting, place to be. But The Hunger Games has never been about comfort — and that part definitely hasn’t changed.

Exclusive: Nobel laureate Joseph Stiglitz on how to fix the economy during and after the pandemic
They hate Trump for a living. They might miss him, too.
A week later, President Trump is still defending North Korea agreement
Exclusive: Amy Klobuchar’s plan to ensure rural areas aren’t devastated by coronavirus
A crashed voter registration website is Floridians’ latest obstacle to the right to vote
Targaryen family tree Game of Thrones' dynasty explained