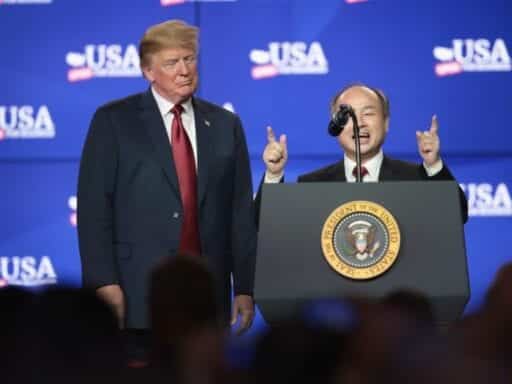 Bad news if you work in a nail factory, probably not a big deal otherwise.

As the clock struck midnight and July 6 began, the United States formally imposed 25 percent penalty taxes on a long list of Chinese products; the Chinese government — as it has previously said it would — responded in kind with an equally large set of new taxes on what is designed to be an equal quantity of American products, mostly agricultural goods.

Paired with an earlier round of US tariffs on Canadian and European steel — and Canadian and European countertariffs on American goods — it’s clear that the United States is now embroiled in a multi-front trade war. Indeed, according to an official statement from the Chinese Ministry of Commerce, Trump has just “launched the biggest trade war in economic history so far.”

This kind of bold rhetoric has generated dramatic press coverage, with Ana Swanson of The New York Times writing that “escalation of the trade war from threat to reality is expected to ripple through global supply chains, raise costs for businesses and consumers and roil global stock markets.” Big business and some congressional Republicans are pushing back on Trump, while die-hard Trump haters are enjoying stories about places like Poplar Bluff, Missouri — a town that voted overwhelmingly for Trump but that is also home to a nail factory that his new taxes on imported metal will likely put out of business.

On the campaign trail in 2016, Hillary Clinton warned that a Trump presidency would lead to trade wars, saying: “We went down that road in the 1930s. It made the Great Depression longer and more painful.”

The boring truth, however, is that Trump’s trade agenda just isn’t that big of a deal. Yes, he is imposing some new tariffs. And, yes, foreign countries are inevitably retaliating. And some people are going to lose out (though others will also win).

But the scale of the actions we are seeing is actually pretty small in the scheme of things — certainly much smaller than the campaign proposals Clinton was warning about — and the actual consequences are, likewise, relatively small. People who work directly in the affected industries will certainly feel effects, but most of us don’t and likely won’t. The current skirmishes could escalate into something much larger and consequential, but what’s happening right now is fairly modest and shouldn’t have a particularly large impact on most people’s lives.

The math on Trump’s trade war

The specific trade action with China involves the imposition of a 25 percent tax on about $34 billion worth of Chinese-made goods. Legally speaking, this is supposed to punish China for allegedly unfair technology transfer practices. In Trump’s rhetoric, however, it’s more like a comprehensive attack on America’s $300 billion (he, wrongly, says $500 billion) trade deficit with China.

Trump says that, when politicians call him to complain about his tariffs, he tells them, “You don’t understand.” He explains: “We have all the cards! We’re the bank that everybody is stealing from!”

Last year, the US imported a total of $478.8 billion worth of goods and services from China, so the target is fairly small relative to the universe of American trade with China. And it’s absolutely tiny relative to the size of the overall American economy, which is expected to total about $20 trillion in 2018.

Looked at another way, the 25 percent tariffs amounts to a tax increase of about $8.5 billion per year — not nothing, but small compared to the $150 billion per year worth of tax cuts that Congress passed in 2017. Throwing steel and aluminum tariffs into the mix along with special measures targeting imported washing machines and Chinese solar panels raises the total quantities involved somewhat, but doesn’t change the fundamental bottom line that these are small changes in a big economy.

Of course, each individual American household is also just a small group of people in a big country and the direct impact on individual human beings can still be large. Taxing imported washing machines is a big deal for the washing machine industry and for people who happen to be in the market for a washing machine. Even here, though, there is often less than meets the eye to these moves.

A Washington Post rundown of winners and losers from Trump’s trade agenda notes that washing machine prices have risen 16 percent since March and that the imposition of tariffs in January was followed by two of “the largest monthly price increases since the Bureau of Labor Statistics began collecting such data in 1977.”

That said, despite record price increases, washing machines are still cheaper today than they were in 2015. The price of major appliances has been steadily falling for years, and Trump has pushed them back up a little bit.

Obviously, a 16 percent price hike is still a big deal if your washing machine just broke and you need to buy a new one. But most people don’t buy washing machines that frequently, the current prices are low by historical standards, and there’s good reason to think that the long-term trend toward cheaper appliances will reassert itself once the world adjusts to the new taxes.

Soybean farmers are another class of people being adversely impacted by Trump’s trade policies — indirectly, because they are being targeted for Chinese retaliation.

But here, too, some context is useful. The soy price drop we’ve seen in recent months is large, but the price of agricultural commodities is volatile all the time — moving up and down according to shifting weather patterns, planting decisions, and a huge range of global economic factors. The current soy swoon is nothing compared to the price collapse that happened in the summer of 2014, and the current prices are about what we saw in late 2015.

Most Americans, of course, work in trade-absent services. We are going to find that thanks to Trump’s trade disputes, some stuff will get more expensive but other stuff will get cheaper. In the aggregate, it’s not going to be that big of a deal. At least for now.

Conservatives and most of the American business community just genuinely don’t like it on ideological grounds, making this one of the few areas where Trump takes on some serious water from congressional Republicans. Add to that liberals who dislike Trump on general grounds being broadly incredulous that Trump-era benign economic conditions can possibly hold up, and you have set the stage for a kind of pan-ideological atmosphere of worry.

Trump himself, meanwhile, is a huge drama queen who enjoys having people overstate the significance of things he’s doing. Economic analysts at Goldman Sachs and other investment banks are telling clients that they don’t expect large impacts outside of the directly targeted sectors.

That’s because the actual trade actions Trump has taken are tiny compared to what he campaigned on — an agenda that frequently conjured up 35 percent across-the-board tariffs or 45 percent tariffs on all Chinese goods.

Doing something like that — or blowing up the entire global trading system with the oddly named FART Act — would be a much bigger deal. And since Trump’s initial moves have been met with foreign retaliation, you can imagine a series of tit-for-tat escalations that get us to something like such a collapse. Even here, though, the stakes are perhaps lower than one might imagine. Paul Krugman recently explored a scenario in which trade war escalation leads to a 70 percent reduction in global trade volumes and calculated that “the overall cost to the world economy would be smaller than I think many people imagine, maybe a 2-3% reduction in world GDP.”

Of course, the sheer disruptiveness of a collapse in world trade would be a big deal on its own terms and shouldn’t be overlooked. Given Trump’s indiscipline and poor policy understanding, the possibility that it could happen can’t be dismissed. But at this point, that’s all entirely hypothetical. The actual measures that have been enacted are considerably smaller in scale. If you look around and don’t feel like you are seeing the concrete impact of these trade wars, you’re not wrong — they’re simply not that big of a deal.

Donald Trump is the accelerant
Trump keeps on holding rallies even as Covid-19 cases surge
How Native Hawaiians fought the US Navy, and won
Why Georgia has runoff elections
The Trump administration says global slavery and child labor are bad — for American businesses
Social distancing won’t just save lives. It might be better for the economy in the long run.