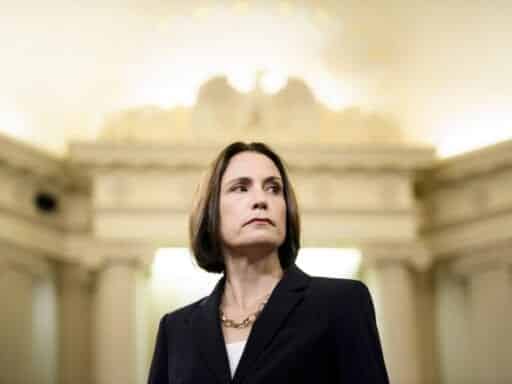 Republicans accidentally got Hill to decry the White House’s “political errand” in Ukraine.

The Ukraine scandal has a lot of complicated parts. During Thursday afternoon’s impeachment hearings, former National Security Council official Fiona Hill clearly laid out one of the most devastating: that the Trump administration systematically undermined the normal US diplomatic process to pursue a shadow foreign policy in service of what she described as a “domestic political errand.”

Steve Castor, the attorney for House Republicans, began the exchange (which he now probably regrets) by asking Hill about some unpleasant conversations she had with Gordon Sondland, Trump’s EU ambassador, about his involvement in Ukraine policy. Sondland was, as he testified Wednesday, deeply involved in Trump’s push to pressure the Ukrainians into investigating conspiracy theories around the 2016 election and Burisma (the Ukrainian gas company Hunter Biden sat on the board of).

Apparently, Hill had several confrontations with Sondland about his interference in her job working on more traditional US-Ukraine policy issues. Reflecting on one such confrontation and recalling seeing the emails about Ukraine that Sondland sent to Trump staff (including Acting Chief of Staff Mick Mulvaney), which were displayed during Sondland’s testimony, Hill says she connected the dots.

Her testimony skillfully outlined why Sondland’s behavior was so inappropriate: It perverted foreign policy by constructing a separate diplomatic architecture to serve the ends of Trump’s reelection campaign.

We have a robust interagency process that deals with Ukraine. … It struck me yesterday when you put up on the screen Ambassador Sondland’s emails, and who was on these emails, and he said these are the people who need to know, that he was absolutely right. Because he was being involved in a domestic political errand. And we were being involved in national security [and] foreign policy. And those two things had just diverged.

So he was correct, and I had not put my finger on that at the moment. But I was irritated with him and angry with him that he wasn’t fully coordinating. I did say to him, ‘Ambassador Sondland, Gordon, I fear this is all going to blow up.’ And here we are.

Per Hill, Sondland’s frustrating involvement in Ukraine policy was explicable because he was “carrying out something that he thought that he was instructed to carry out.” Though her job was to work on normal US foreign policy, his job was working on Trump’s personal foreign policy:

His feeling was that the National Security Council was trying to block him. And what we were trying to do is to block us from straying into domestic or personal politics. And that is precisely what was trying to do.

But Ambassador Sondland is not wrong that he had been given a different remit than we had been. And then it was at that moment that I realized that those things had diverged, and I realized that I was not being fair to Ambassador Sondland because he was carrying out something that he thought that he was instructed to carry out, and we were doing something that is perhaps more important — but it was not in the same channel.

Here’s video of the exchange, which you really ought to watch:

After Hill gave such a clarifying account of the administration’s wrongdoing, Rep. Devin Nunes took over questioning from Castor in an attempt to remedy the situation. His argument resembled an old defense of Richard Nixon during Watergate: that if the president ordered Sondland to do something, it must be a legitimate order.

My point, Mr. Nunes, is that we at the National Security Council were not told by the president directly or through Ambassador Bolton that we were to be focused on these issues as a matter of US policy toward Ukraine. So when you are talking about the Ukraine in 2016, I never personally heard the president say anything specific about 2016 and Ukraine. I have heard him say plenty of things publicly, but I was not given a directive. In fact, on the 10th, I was given a directive [by Bolton] to clearly state that I should stay out of politics.

This may sound like she’s immunizing Trump. She’s actually damning him.

Hill is testifying that Trump wasn’t pursuing the push for investigations through normal diplomatic channels. Instead, he had empowered his personal attorney, Rudy Giuliani, to work with Sondland and others to pressure the Ukrainians in a shadow process meant to serve domestic political ends.

Hill highlighted exactly how shady and wrong this entire arrangement was, as well as the obviousness of Trump’s crassly political motivations. It was a succinct and damning statement.